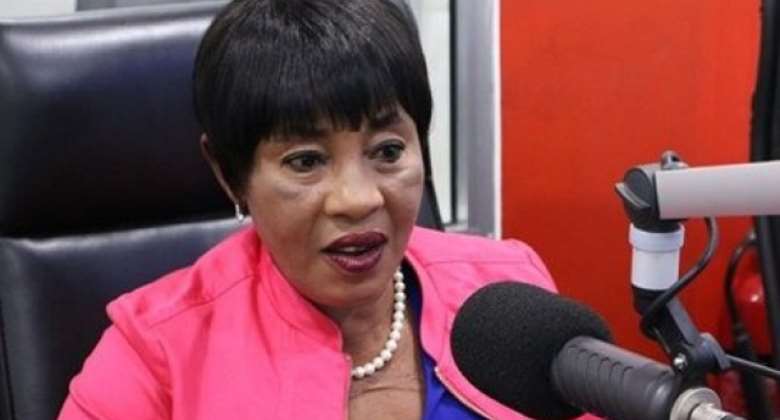 Anita De Sosoo, former National Women’s Organiser for the National Democratic Congress (NDC), has on behalf of Otiko Afisa Djaba, Minister-designate of Gender, Children and Social Protection, apologised to all Ghanaians and former president John Dramani Mahama over some comments she made about him during the electioneering period.

Her decision to apologise on Ms Djaba’s behalf follows the NPP National Women Organiser’s failure to apologise to the former president during her vetting by the Appointments Committee of parliament on Monday January 30.

Ms Djaba said: “I don’t owe him (Mr Mahama) or you (Alhassan Suhuyini) any apology…,” in response to the Tamale North MP’s question during her vetting on Monday, 30 January, about whether she would apologise to the ex-president on whom she used those words during the electioneering period ahead of the 7 December 2016 elections.

“My comment about he being an embarrassment was in relation to SADA. It was in relation to SADA that I said he had embarrassed Northerners and the Northern chiefs themselves had come to say same,” Ms Djaba justified, explaining: “When I talked about his wickedness, the people of Ghana were asking for reductions, they were asking for ‘dumsor’ to be solved, people were losing jobs and so forth … what I said was within the context of that period.”

But speaking in an interview with Chief Jerry Forson, host of Ghana Yensom, on Accra100.5FM on Tuesday January 31, Ms De Sosoo said: “If you are wrong and several people are calling on you to apologise, out of respect you should do that, but I was very sad with the posture of Otiko Djaba during her vetting.”

“Those comments she made about former president Mahama, that he was an embarrassment to Ghanaians and so on, were below the belt, which she should have apologised for.

“Nonetheless, I am standing on my sister’s behalf to apologise to all Ghanaians. If you want to be a leader, you don’t lord over anybody; you need to be submissive to all persons.”