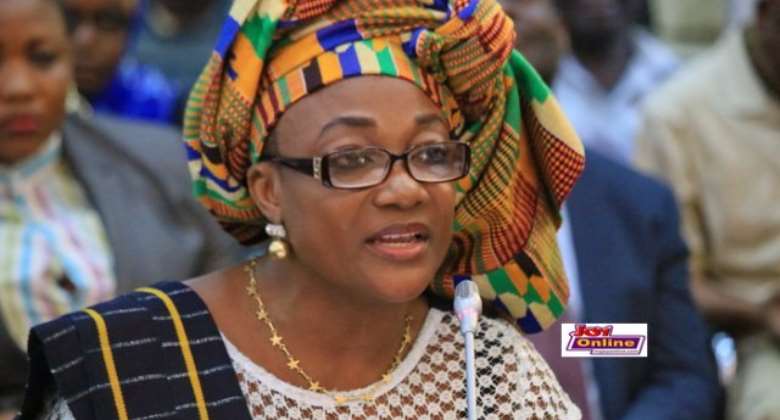 To apologise is to admit some wrongdoing and seek to purge people of the harm ( in whatever shape or form ) that one’s action or inaction may have caused. And this can be very expensive in politics; the need to appear infallible, invincible, and invulnerable is nearly indispensable. After all who wants to elect blundering, indecisive politicians? So to apologise is politically difficult. Worse still, is apologising upon the request of one’s opponents to one’s opponents.

Madam Otiko Afisa Djaba was hounded by her opponents to apologise for making unsavoury comments about the former president, John Mahama. And her foes chose the Appointments Committee sitting to do it. They chose a time they thought she would, should be vulnerable: during her vetting as minister-designate. They were sorely disappointed; she did not only refuse to apologise, she jabbed one opponent so hard that the opponent admitted that he was living in “interesting times.”

She wouldn’t apologise for describing the former President as “violent”, as “being extremely wicked”, as “having the heart of the devil”, as being “evil” or as being an “embarrassment to northerners”. Indeed, she wouldn’t apologise for accusing him without evidence as having instigated youths to attack then candidate Akufo-Addo’s residence. She simply ignored that bit.

No decent Ghanaian will want politicians to mount political platforms and use “descriptive words” such as “evil”, “extremely wicked” and “violent” on their opponents because they have failed to fulfil promises. They would want them to talk about their policies and strategies, and about how different they would be.

Madam Djaba’s refusal to apologise has a set a bad precedent for other politicians. Those who have heaped vile insults on President Akufo-Addo will likely follow her lead. If they had anything to apologise for, Madam Djaba has taught them that they can heave a sigh of relief once they said it from “conviction”. Yes “conviction” shields you from being unsavoury or insulting. We would likely hear more “descriptive words” since there exists no day of reckoning.

Yes, the offended could sue the offenders. But we know how slow that can be. We know our courts have enough cases. And every rational person should want their politicians concentrating on their job and not mired in legal cases. Plus suing doesn’t stop intemperate language from causing political conflicts.

But she did not apologise. So she owes me an apology. And she is the first person to owe me something this year.

Retract, apologise for accusing me of impersonating Adwoa Sa...
18 minutes ago

W/R: Our school has become a sleeping place for madmen, big ...
27 minutes ago