Does The US Elections Have A Bearing On Ghana’s?

....Historical Trend Since 1992 Suggests So
By Isaac Kyei Andoh 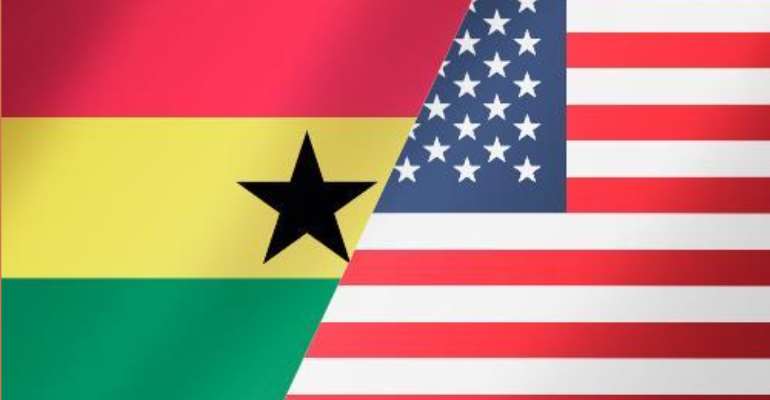 Since 92, Ghana and the US have voted in the same direction and somehow towards a similar ideology at every general elections

Even though one can rightly argue that in Ghana political ideologies rarely reflect in approach to governance, our major political parties think in line with their US counterparts- on paper at least

Interestingly, all 3 US Presidents since 92 have visited their Ghanaian counterparts.

Over that period, all individual presidents were given the chance to complete their second term.

The case is different in Ghana now, whereas President Obama, who was elected with President Mills has ended his two terms, the death of Atta Mills ensured there was a change of candidate for the ruling party in their second term bid. The NPP says NDC have had their two terms: NDC say Mahama as a president has only served for 1 term and deserves a second chance like his predecessors. Time and will tell.

Back to Ghana US
This is how the voting pattern has been since 1992
1992: US voted Bill Clinton a Democrats Ghana Voted Jerry Rawlings of NDC

1996: Clinton was retained in 96 the same as Rawlings was

2000: The US voted for a Republican President and Ghana went the way of NPP in the person of John Agekum Kuffour

2004: Kuffour retained his seat in 2004 a month after George Bush had done same.

Significantly, both the losing Democrats and the NDC candidates disputed the credibility of the result with the late Prof Mills accepting it but proceeding to court. It was more dramatic in the US because whereas Mills' doubts were given very little attention, John Kerry's boycott of the elections became a global issue and still very much talked about.

Fast forward, 2008, Bush had ended his tenure and a new person was to be elected to lead the nation.

Would it be a Democratic or a Republican? Your guess is as good as mine: the answer is called Obama. The US the very first time elected a black man on the ticket of the Democrats.

Significantly, Ghana went the way of the US by same changing political party and continued with the trend of Democrats Party to NDC, Republican Party to NPP

President Mahama was the beneficiary of the US and Ghana voting pattern. He won the elections and had to sweat to prove he did that cleanly and deservingly. The NPP and at least 40% of Ghanaians, mainly their supporters still dispute the authenticity of the result despite the Supreme Court yessing it in a split decision after almost 7 months of daily litigation covered live on National Television.

2016 is here with us, Ghana and the US go to the polls. Today, the US will elect a president. Will it be a Democrats or a Republican? It looks like America is going the way of the Democrats and end the 8 years cycle of change in ruling party

It appears largely so because the Republican have chosen a candidate who doesn't understand diplomacy and does politics from his heart instead of his head.

But people should not be deceived, Trump is speaking the minds of the indigenous Americans, I mean the real Americans. Not the Muslim American, not the Latinos or African Americans. Those people hold on to views deemed discriminative and therefore are usually reserved and keep their thoughts to themselves.

He is speaking for the UK kind of Americans who voted for BREXIT. Unfortunately, he is on the wrong side of history and civilization and that is the reason Hillary Clinton looks to have advantage even though she is equally unliked by majority of Americans. Trump is speaking the minds of people who cannot come out to defend him due to modernizing.

But I can say this on authority: if Trump will lose, it will have nothing to do with his policies or hate for certain category of people: his widely known immoral behaviour is what might go against him this years. Republicans don’t like such characters. They are the conservatives, the Christians. Those against abortions, those against same sex marriage. They are the custodian of high grade morality.

However, people can disagree with a person on issues but their real persona is demonstrated in the ballot box. The d day will tell if Americans really are against Trump as the polls suggests.

People can hate Trump and change their minds at the last minute because he is also pushing the agenda of majority of Americans who see their youth scramble for limited job opportunities with by force citizens. They say America must work again, America must be for Americans. This is why Trump remains a threat despite his unlikable nature. He is leading an AMEXIT campaign. (see BREXIT for details)

Hilary Clinton is only popular because of Trump. She may be one of the most unliked candidates to win presidential elections in America. People everywhere hate political dynasty. America still discriminates against women. This can go against Hilary Clinton. Her only advantage now is that she brings a cool head to the White House. Trumps brings war: Hilary brings war with wisdom

The question then is, what bearing will the US elections today have on the Ghana elections?

What I know is that the NDC want Donald Trump and the Republican Party to lose. If it does happen, they will use it as a campaign message from tomorrow. The vice president proved that with his description of the NPP campaign as Trumpian on two different occasions. President Mahama referred to Hilary Clinton’s promise to commit 200 Billions Dollars into infrastructural development in defence of his government’s approach

The NPP on the other hand to the best of my knowledge have stayed clear off the US elections. Probably due to lack of confidence in a Trump victory. But everyone knows how they spoke about the Nigerian elections as a testament to our need for change.

They will definitely use the vice Presidents subtle dig at Donald Trump in the final days of their campaign should the republican candidate wins. If it goes the other way round, they will have a good defence because they have not taken sides.

In view of this, I want to think that the NDC will be more disappointed with a Trump win than NPP will feel should Hilary win as largely expected

What I know is that our priorities are different even though both countries have some similar problems they find needful addressing.

The priority of Ghanaians is job: America places security above everything else even though employment is very high on their agenda as always

The NDC candidate, John Dramani Mahama has promised to create 3 million jobs in his second term after dedicating 80% of his attention to infrastructural development in his first term

Nana Akuffo Addo of the NPP has promised to set up over 216 factories. One in each district and provide water for farmers in the 3 Northern Regions

Similarly, both countries want a paradigm shift from the way things have been done of the years. Those who will vote for President Mahama will do so in the view that after his first term was ‘biasly’ dedicated to infrastructure, his second term will be focussed on job creation. The point is, even if President Mahama wins, Ghanaians require him to change. In the same way, Americans want whoever wins to do things different

The most important aspect of the American elections is that it has the potency of shocking the world like BREXIT did because the Americans proper want America back in the hands of Americans and not legalised immigrants. Trump represents that candidate; Hilary isn’t

It is a typical battle between American egoist and realists. Time will tell

What I can say for a fact is that one of our two political parties will start telling Ghanaians that we need to go the American way from tomorrow.

Pius Hadzide Denies Being Trained, Unleashed On Kufuor
11 minutes ago