UPP sues flagbearer to stop him from contesting December polls 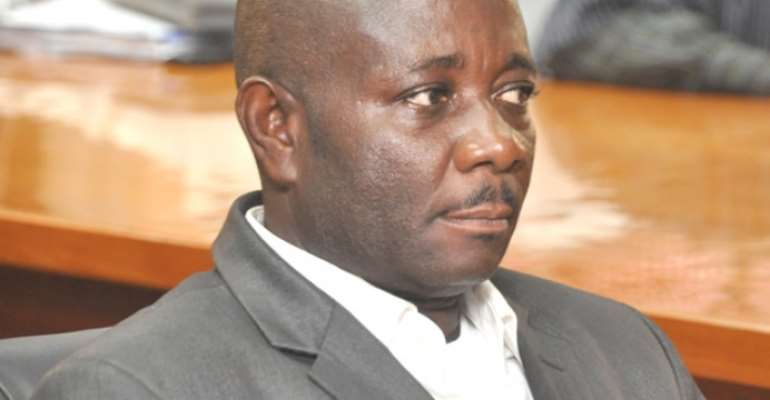 Some executives of the United Progressive Party (UPP) have dragged the party's flagbearer, Akwasi Addai Odike to court to prevent him from filing nomination forms to contest in this year's election.

The action was taken by the National Organizer of the United Progressive Party (UPP), Stephen Kwaku Saahene and some regional executives of the party.

The executives in their writ are seeking “a declaration that the first defendant [Odike] is not a member of the United Progressive Party having been dismissed by a unanimous resolution of the National Executive Committee of the UPP on grounds of misconduct.”

They are also seeking an order of “perpetual injunction restraining the 1st defendant his agents, assigns, privies, workmen and however described from carrying himself as the flagbearer of the UPP.”

The executives also want the court to stop the Electoral Commission from accepting the nomination forms of Odike.

“An order of injunction restraining the 2nd defendant from issuing, accepting and registering the 1st defendant to contest the 2016 presidential elections as the flagbearer of the United Progressive Party,” the writ added.

Nomination forms
The EC opened nominations earlier in September and pegged the filing fees for presidential hopefuls at GHc50,000 and that of parliamentary nominees at GHc10,000.

Despite agitations for a reduction in the filing fees, about 23 presidential hopefuls including Odike had picked nomination form and would submit them between today [Thursday] and Friday.

UPP sacks Flagbearer
The National Executive Committee of the UPP on March 2016 dismissed Odike on what the committee say is gross disrespect for the party's constitution on his part.

“That's the concern of the National Executive members. We had a meeting on Friday from all the regions in Kumasi. I chaired it and we have signatures of all the national executive committee members for Odike's dismissal,” Acting National Chairman of the UPP, Alhaji Bashiru Zakari told Citi News.