Massa Pratt, Even The Moon Scientific Expedition Was Achievable 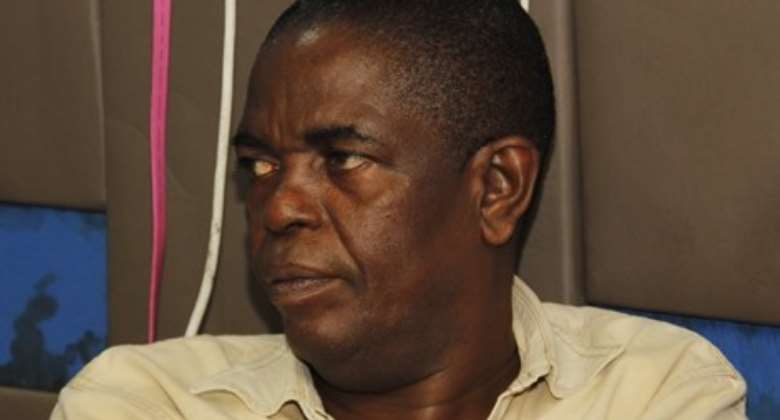 Massa, the painful truth is, our development has been beclouded by sycophancy, negligence, corruption, cronyism, nepotism and needless dubieties, -----‘we can’t do attitude’.

Consequently, we are often judged by our western counterparts as unproductive and incapable lots who aren’t willing to contribute meaningfully to the advancement of humanity.

It is against this backdrop that every patriot must be extremely concerned when agnostic individuals like MASSA Kwesi Pratt try their level best to shoot down an expedient poverty intervention such as ‘one village one dam’ being proposed by the NPP Party.

In fact, it was beyond a mere befuddlement when listening to MASSA Kwesi Pratt’s warped exegesis pertaining to the feasibility of such a policy during Kwame Sefa Kai’s Tuesday 27 September 2016 edition of Kokrokoo chat show on Peace FM.

According to MASSA Pratt, in so far as the NPP Party communicators have failed to develop taxonomy between a dam, a borehole and irrigation in their explanations, he cannot see how and why an NPP government can implement such a policy. How bizarre?

What left me more besotted was MASSA Pratt’s brutalised claims that since the NPP Party has been clamorously touting ‘one village one dam’ and meanwhile one dam may serve three villages, NPP has thus belied the facts about their policy. How pathetic?

I beg your pardon, MASSA Pratt, your inveterate and risible proclivity towards anything NPP is out of this world. For if that was not the case, how could an ostensible senior citizen like you, oppose such an advantageous policy that could ameliorate the existential poverty in the northern part of Ghana?

Without seeking to be condescending here, MASSA, your inexorable incertitude somehow gives oxygen to the often inane views of the supremacists like the disputatious Turkish taxi driver who once impoliticly asseverated that “Africans are not intelligent”.

Obviously, any intrepid, patriot and discerning African would be dumbfounded to hear such an indiscreet statement from the loudmouthed Turkish taxi driver.

Apparently, the Turkish taxi driver sought to buttress his lurid assertion by affirming that if anything at all, the “Europeans have researched and invented a lot for humanity”; “North Americans have done their bit”; “Asians are currently catching up with the Europeans and the North Americans” ; “the South Americans and the Australians are doing their utmost best”.

The Turkish taxi driver stated that he had read widely and watched the catalogue of the ills of Africa on Television. The driver however explained that he is cognisant of incompetence, corruption, nepotism, cronyism, tribal conflicts, poverty, squalor, etc., in Africa.

As a matter of fact, every discerning African would not be faulted for feeling numb momentarily upon hearing such a heartrending assertion, for, indeed, the truth hurts, they say.

Nevertheless, we should rather direct our frustrations towards the so-called senior citizens like MASSA Kwesi Pratt, who have been needlessly holding back our advancement with their voracious actions and inactions.

Apparently, MASSA Kwesi Pratt claims to be ‘Nkrumahist’, albeit he does not seem to share his Doyen’s ideology of development through industrialization.

It would be recalled that during the 6th March 1957 independence proclamation, Osagyefo eloquently recited some important messages which were meant to motivate Ghanaians.

However, as to whether those inspiring messages have impacted positively in the lives of the so-called ‘Nkrumahists’ like MASSA Kwesi Pratt is yet to be seen.

In paraphrasing some of his euphonious and enlivening messages, Dr Nkrumah positively asserted back then, that Blackman was more than ready and capable of ruling himself.

Indeed, he sounded like a manful optimist. Yes, I concur, a Blackman has the requisite knowledge and intelligence to be able to manage his own affairs, but has the intelligent and knowledgeable Blackman been able, and more importantly willing to do so?

What’s more, during the delivery of the euphonious speech, Osagyefo challenged all and sundry to come together and work hard towards the development of the nation, so as to gain our respect amongst nations.

Perfect, that message was melodious to the ear, but have we, as a nation, managed, or in a position to do so? I am afraid, no.

If you disagree with my disposition, just listen to the current arguments by agnostics like MASSA Kwesi Pratt following Nana Akufo Addo’s announcement of ‘one village one dam’ policy and you would not belie the facts by suggesting that some Ghanaians are not ready for advancement.