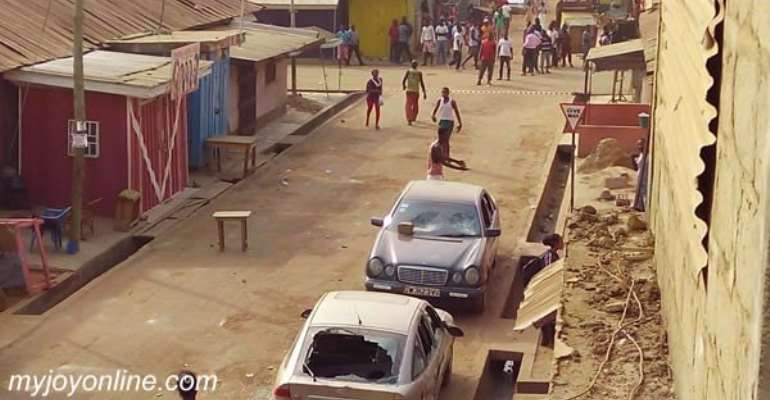 The family of the man killed by a policeman during clashes at Old Tafo in the Ashanti regional capital, Kumasi, is demanding justice, insisting their relative was not a thief.

A cousin told Joy News Thursday, Suleman’s tragic killing has left the family with three young boys to take care of and robbed the family of a hardworking man.

According to eyewitness account, a policeman yesterday, at Old Tafo barked instructions to a throng that had gathered in front of a bank.

‘Go back! go back!’ the officer reportedly demanded. Without firing any warning shot, the officer let off two shots into Suleman – one in the hand and another in the chest.

He was rushed to a hospital and later to Komfo Anokye Teaching Hospital where he died.

His mother, Asamawu Umar, is distraught and angry at the police for describing his son as a thief.

“You shot him just like that…it is very sad”, a cousin described the pain of the family. They want the government and the police service to look into the killing.

The killing happened at a time when Old Tafo had descended into chaos. Muslim youth clashed with other residents over the construction of a fence wall around a cemetery.

A dusk to dawn curfew has been put in place with authorities looking to extend it till next Monday. The Regional Security Council meets Thursday. The Chief of Defence Staff has joined in the meeting.

There is an uneasy calm in the town and business has come to a virtual standstill. Many shops are closed. Banks at Old Tafo are not open to business.

Atwima Kwawuma rural bank was vandalized in yesterday’s clashes. School children are home because classes have been suspended.