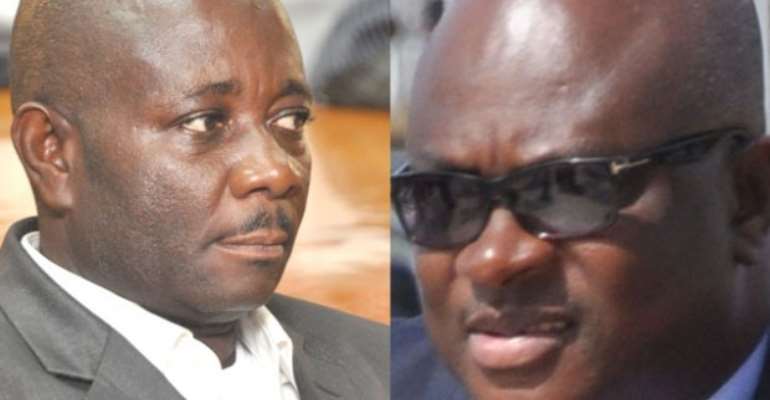 As political parties in Ghana struggle to meet deadline set by the Electoral Commission requiring all parties with an intent to participate in the general elections to have offices in two-thirds of the 275 constituencies across the country, the flagbearer of the breakaway United People’s Party (UPP), Mr. Akwasi Addae Odike, has suggested the introduction of ‘offices under trees’, in order to take pressure off the younger parties.

The EC has served notice that it would disqualify parties that fail to meet such requirements from participating in the upcoming elections, as stipulated by the Constitution of Ghana.

The electoral body will embark on a nationwide inspection to establish if political parties are meeting the requirements, before registering them to participate in the November 7 crucial elections.

Before the EC commences the exercise, which sources say is expected to be done in the next few months, the presidential candidate for the UPP, a party that broke away from the United Front Party (UFP) is advocating for an improvisation in order to enable the less endowed parties to meet the EC’s criteria.

The Kumasi-based businessman is suggesting to the EC to accept makeshift offices, explaining that political parties that cannot afford to rent big offices must be allowed to erect temporary structures that can accommodate them.

According to him, if a whole government, in whose hands the state resources are entrusted, is struggling to accommodate school children and often has to resort to school under trees, he does not see anything wrong if political parties also do same, by erecting offices under trees.

“I am only suggesting if the EC can accept offices under trees; I don’t think there should be something wrong with that because even a whole government is struggling to build classrooms across the country so some kids are forced to learn under trees,” he noted in an interview with a local radio station, Hello FM.

The UPP leader pointed out that though he believes the requirement is necessary, he however, thinks it would be unfair for the EC to disqualify any political party simply on the basis that it does have offices in two-thirds of the 275 constituencies. “We are doing everything possible to meet such demands, but in case we are not able to fulfill all, I think it would be fair for the EC to reconsider the issue,” he observed.

GHANA IS HARD
The UPP leader also waved into the recent controversies surrounding the astronomical increase in prices of petroleum products, electricity and water tariffs, lamenting that the situation has brought untold hardships on Ghanaians. He noted that the decision would only aggravate the already deplorable condition of the ordinary Ghanaian and would make matters worse for them.

The UPP flagbearer said in the long run, the best approach to dealing with the power crisis would be for the government to allow the private sector to take charge of power production and its supply, since that is the only way to ensure efficiency and effectiveness in the sector. Mr. Odike disclosed that his party would in the next few months launch its manifesto which contains comprehensive policies and programmes to address such pertinent issues as well as create the enabling environment for businesses to thrive.

MORE PARTIES TO FAIL
The Chronicle can authoritatively report that if the EC is going to rigorously abide by the requirement as the basis for registering political parties to contest in the upcoming elections, then a number of smaller parties will miss the boat.