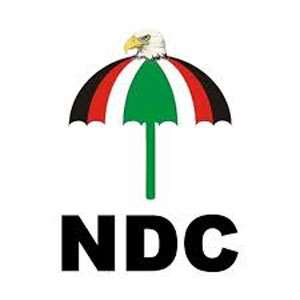 Once again the time to choose is upon us in a hot political race for Flagstaff House which quite frankly is between President John Dramani Mahama ruling National democratic congress and Nana Addo Danquah Akufo Addo opposition New patriotic Party.

The other participating political parties and their leaders are in many ways spoilers for both Ndc and Npp. But that is the beauty of our democracy, allowing all registered parties to field presidential candidates as long as they meet all the nomination requirements,falling short of these requirements is simply lack of seriousness.

Something of serious concern though is that over the years and infact since the reintroduction of plural politics in Ghana, we have seen a lot of comical and ridiculous candidates each time there is a presidential election, yes one man parties or husband, wife and children parties if you like.

Also compounding the problem is the fact that a lot of these presidential candidates and the political parties they represent do not even have nationwide structures and regional executives not to talk about constituencies,branches,wards and ballot boxes executives. Yet they still aspire for the highest public office?

Without overrating or underrating anyone it is a simple fact that the ruling Ndc has had a lot of influence on the electorate since its formation but it must also be acknowledged by the Ndc without pretending and being die-hard for nothing that in the three years it has been in office quite a good chunk of this influence has waned. A lot of people are disillusioned with the ruling party for one reason or the other. More so because a lot that the Ndc promised in 2012 has not been fulfilled like more money in peoples’ pockets and others. Then there have been a lot of blunders like the rebranding of the buses and other concrete few issues. These are the things that the Ndc must face head on and with open eyes as they go to ask for votes from Ghanaians. It is not just about infrastructure development.

On the other hand the Ndc's fiercest and closest adversary in this particular race to Flagstaff house is the Npp which has no doubt made serious inroads and continues to do so by way of holding rallies that have attracted scores of residents where ever it has been. The Ndc has also pulled a lot of people to the rallies held so far and will most certainly continue to do so. This scenario can actually only be compared to 2008 when the Ndc, then in opposition, attracted huge crowds to their rallies while at the same time the Npp then in office, also pulled large crowds. It seems clear that what happened in 2008 may repeat itself, the ruling party may just be knocked out by its most feared opponent.

It must be acknowledged that public rallies are one sure way of getting across to the electorate, being in direct touch with them and most certainly gauging a party’s ability to organise.

So there we have it, some of the candidates that are eyeing Flagstaff House have never ever held any public rally and will be doing so for the first time during this period, chancers and spoilers indeed. Even those that have held rallies before and may be participating for the third or fourth time are quite frankly chancers waking up all the time only when there is a presidential election and in the name of keeping on trying and having faith. Surely there must be a way that jokers and chancers may be kept at bay. Maybe with a new Ghana's Constitution there can be a better way.

We are right now walking down the road of our destiny after fifty eight years of self-rule in search of the fourth/fifth President of the fourth republic. So when the time comes to choose on Novermber 7,2016 which road is it going to be, the wide and crooked or will it be the straight and narrow? Will it be the ndc president Mahama or the Npp's Nana Akuffo Addo?

For now I will leave it entirely up to you to choose between the wide and crooked or the straight and narrow. On my part, I know which road I’m going to take!. Ibrahim Hardi,contact 0208235615,Email [email protected]