Is it Really True That Okomfo Anokye Cursed Krobo Women on sex issues? 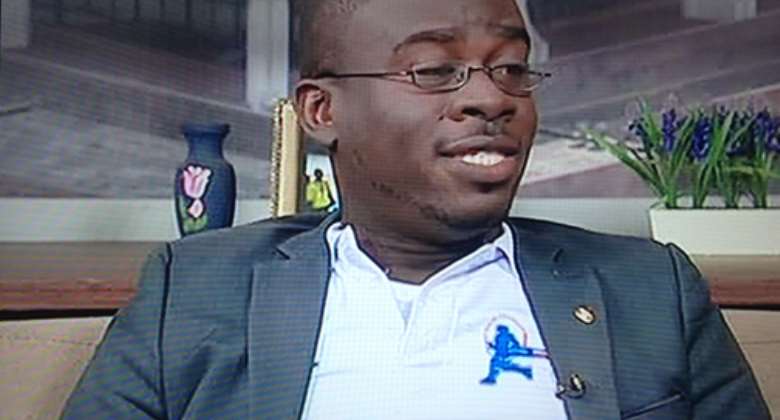 One interesting article I chanced on a Facebook group page –Dodowa.com on the 14 January 2015 was a young man’s called Godson Charnor account in the dangme land.

According to the young man, he did his National Service as a teacher in 2007 in Kroboland, Lower Manya Krobo – a village called Sekesua. Before he went for the service, his mother and a few other elderly men and women, advised him not to court or have sex with a Krobo lady, else….he won’t come back again.

They however, failed to explain further –though he pressed on them to do so. From his own research, he discovered the secret behind their advice.

“Well, in case you don’t know or have never heard before, there is an age old allegation, rumour, grapevine, call it whatever, that, legendary character, Okomfo Anokye, who once commanded a golden stool from the sky, cursed Krobo women somewhere in the 15th Century (16s era)”

The allegation has it that Okomfo Anokye was bathing in a river. He turned to one side of the river and saw a horde of Krobo women sleuthing at him. Okomfo Anokye got furious, and out of anger, cursed the women; “you shall be slaves to this thing (his penis) you watched forever,” Okomfo Anokye is alleged to have said.

To that effect, many people have always believed that Krobo women are promiscuous; in other words, they love sex like pigeons or simply can’t keep one sexual partner. To establish the verity in this age old allegation, he had the privilege to speak to the District Cultural Officer of the Center for National Culture for the Manya Krobo district, Mr. Winfred Kene Apo.

Reacting to the story, he said “first, it is never ever true that Okomfo Anokye once cursed Krobo women, hence, making them promiscuous. I’ve heard this allegation since I was a kid till now that I’m an adult. When you interrogate the issue, logic makes the allegation fall flat in the face.

“First, who made that allegation? Nobody can provide the fellow’s name? Was Okomfo Anokye a son or native of Kroboland? The answer is no! Which town or village in Kroboland did this take place –Agomanya, Asesewa, Sekesua, Odumase, I mean where? The allegation can’t provide the name of the town or village!

“The allegation say`s Krobo women are promiscuous. Promiscuity has its fibre in almost all the tribes in this world! So why are they attributing promiscuity to only Krobo women? This allegation has no basis! Perhaps someone wanted to defame Krobo people!”

Mr. Kene Apo laughed out loud and responded, “where is this one too coming from? I’ve never heard this before and there is no truth in it. Who at all has been generating these allegations? Areas of sexual pleasure in women vary from one woman to another.

“Some have it in their ear lubes, clitoris, breast, navel, underfoot, etc. and science has proven this; so why is playing with the clitoris of a lady which some term as licking be attributed only to Krobo women? I even need another platform like television or radio to educate people on this topic. I’m very passionate about it. Thank you for being a good journalist.”

Last year, a film titled ‘Okomfo Anokye’ with Agya Koo playing the former as lead character, was released with the depiction of Okomfo Anokye`s alleged bathing and being peeped at by some ladies was depicted in the movie. A group of Krobo youth got very angry and even issued threats at the producer of the movie – Paul Adjei of Paul Gee Films.

After the agitation from the youth for the producer to delete that particular scene in the movie, the timid Paul Gee used all forms of tactics to tame the leadership of ‘Klo Hengme’ to talk to the elders and all the people on his behalf. Mr. Apo is still furious at Paul Gee and the movie.

I got in touch with Kumawood filmmaker, Paul Gee, and asked him which source he had his story of Okomfo Anokye from –unfortunately, he said he had no source or reference material. He intimated that “it’s a rumour we have all heard but nobody can tell whether it is true or not. I considered it a work of fiction and so used it for my movie. I had no source.”

“Well, I’ve heard it before. I’ve heard it from my grandmother and my mother. But honestly, I’ve not conducted any research like you are doing on it. I don’t believe it anyway. Fact is, Krobo ladies are beautiful, cultured, respectful, humble and extremely sexy.

“During our puberty right – ‘Dipo,’ we are taught how to take care of the house, cook, wash, respect, clean our vagina, and also sexually satisfy a man in bed. Our ‘Tonga’ is the best you can get on the market; no challenger (laughs). These values make Krobo ladies the best!

“Frankly, some people have linked me to this Okomfo Anokye curse before and still do. I recall when I started ‘Odo ahomaso’ in 2000 to talk about sex and relationship many people were like, as for a Krobo lady what else can she talk about if not sex? But over the years, I’ve proven them wrong.

“I’ve had many guys who got closer to me, thinking I’m one of those cheap girls they can easily sleep with because of my show but when they approached, they found me to be very polite in my speech, conduct and decent in my general body carriage” Akumaa ended.

In a separate interview with another Krobo lady by name Victoria Ahku Kwablah, (Vic of former TV3 Mentor) I asked her; as a Krobo lady, how do you feel about this allegation. “Well, I don’t believe Okomfo Anokye cursed us and also don’t feel bad about that allegation.

“Fact is, Krobo ladies are taught how to clean our vagina well, how to pamper a man, how to keep a home in comity, amongst others through our puberty rite. If you are a man and you make love to a Krobo lady, you enjoy it far better than ladies in the other tribes.

“Have sex with a Krobo woman who has given birth to 2 or 3 children and you will be amazed at the tightness of her vagina. Men enjoy our ‘thing’ (laughs) and as you know, you men love the ‘thing,’ so that is the secret.

Ask any guy who has had sex with a Krobo lady and he will confirm what I’m telling you. Krobo girls are also very good in bed – as in, artistry in sex. “If you are a man, especially married men, better don’t flirt with a Krobo girl, because she will definitely take you from your wife with her ‘thing’.

Let’s do this analysis, curses are supposed to harm, so if Komfo Anokye indeed cursed us (Krobo ladies) why is his curse rather helping us than harming us?”

So if you have ever heard that Okomfo Anokye once cursed Krobo ladies and because of that Krobo ladies are promiscuous or sexual animals, please be educated that that allegation or myth is false. Never believe in it or be an agent to spread it. Until then…MOTWUM!! Godson Charnor concluded that! But what is your take on this? Let the debates continue but however, my dangme ladies are really beautiful, sexy and serviceable, so you just try it and give your account on this!

Dr. Raphael Nyarkotey Obu:ND,MSc, PhD (C) is a catalyst for change in the dangme land The writer is currently working on his book” The state of the dangme Land” he can be reached on 0500106570