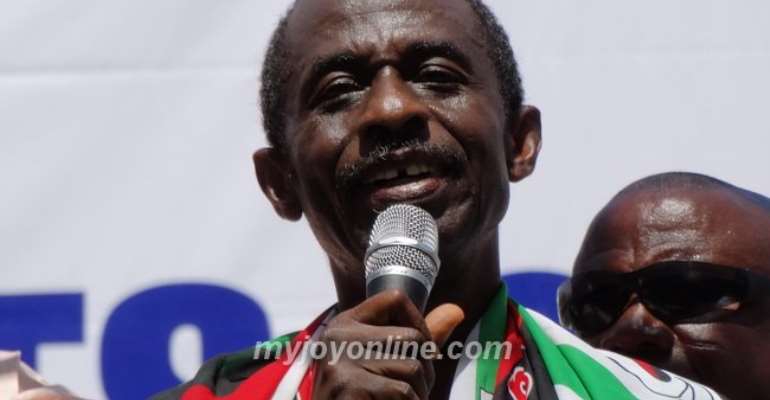 “It is not true that anybody has picked a nomination form for the presidential primary,” he told Neat FM Tuesday.

Mr. Boateng announces himself as the savior of the party and believes the president does not deserve to lead the NDC into the 2016 presidential election.

Picking up forms last Monday, George Boateng, a 45-year-old polling station executive at Oyarifa in Accra told journalists that President John Mahama has failed to improve the lives of the poor.

But Asiedu Nketia has been explaining that nomination forms for the presidential primary can only be picked from his desk at the party’s national headquarters.

"I am the only person who can issue out the presidential form to candidates, with the parliamentary, candidates can go to their constituency secretary for the forms".

“He has not picked any form. I heard he has been in my office but I told my clerk that I am currently not in Accra,” the General Secretary maintained.

But George Boateng remained adamant that he is on course to challenge the President.

“When I was going to pick the forms, I did not go to Malata market or constituency. I went to the party headquarters with journalists”, Mr. Boateng stressed.

He also claimed Asiedu Nketia has been pressurizing him to step down. George Boateng says his mind is made up and there is no turning back.

But Asiedu Nketia has strongly dismissed this claim. “That man should be sent to Pantang Hospital because he is suffering”.