I Will Contest Prez Mahama In NDC Primaries – George Boateng 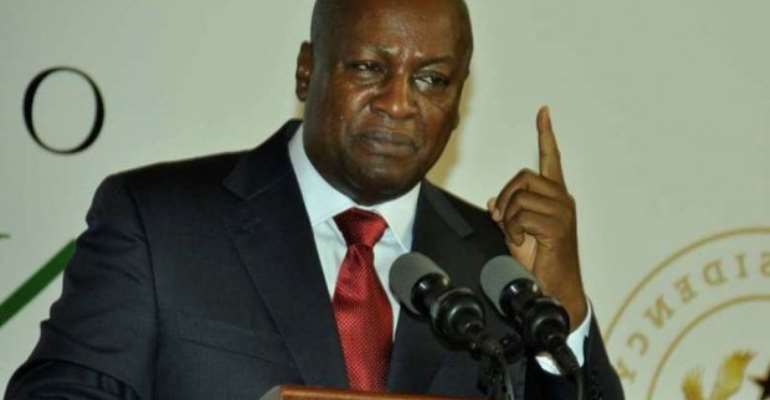 George Boateng - although not well known in the ruling party has declared his intention to contest the president after claiming that - 'I will do a better job at the presidency than what President Mahama is presently doing.'

The NDC's Oyarifa Branch Youth Organizer noted that he is putting himself up for the herculean task as he is very optimistic of a victory.

Even though the deputy Chief Scribe of the NDC has asked persons willing to contest President Mahama to have a thorough check on themselves - that seems not to bother 'brave' George Boateng of pursuing his presidential ambition.

'President Mahama after enjoying the support of the grassroots has done very little for them. Currently if you are an NDC member and you don't have money you are looked down upon and you also cannot hold any position in the party, this is not the NDC I've known over the years,' he told Accra based Kasapa FM.

George noted that Ghana under President John Mahama is currently regrettably in a state of economic slavery, adding that he is sure to reverse the situation when he secures the NDC Presidential candidate slot and ultimately become the President of Ghana in 2017.

He told Peace FM 12noon News bulletin in an interview with Nana Yaa Konadu that, he is very optmistic that the grassroot party members will vote him into power.

According to George Boateng he will be having further discussions with Ex President Jerry Rawlings about his intention and subsequently pick his form next week Wednesday.