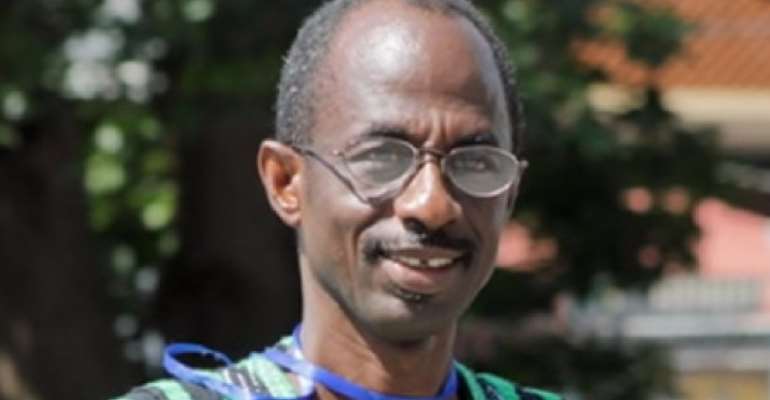 National Democratic Congress (NDC) General Secretary, Johnson Asiedu Nketia shocked host, producers, and listeners of Asempa FM's Ekosii Sen Programme when he banged his phone on host, Kwadwo Asare Barfour Acheampong (KABA) for insisting on asking him a question about George Boateng, the man seeking to contest President Mahama in the upcoming primaries of the NDC.

The NDC scribe took that decision after advising the afternoon political show host to play music on his show instead of discussing the Presidential ambitions of the Oyarifa branch organizer of the party.

'Master, if you don't have anything to say, don't ask me about George Boateng, you should rather play music other than asking me questions about him…that man is mad…,' he said.

KABA who found the answer to be a form of insult from the NDC politician reminded him that his show is a talk show and not meant for playing music.

This reminder did not however prevent the scribe of the ruling party from banging the phone on the host for daring to ask him further questions about the man.

'I am not prepared to answer questions about Geoorge Boateng…,' he said before hanging up the phone to the surprise of the host, producers and listeners of the most widely listened to afternoon political show in the country and beyond.

All these happened after Asiedu Nketia had taken his time to answer questions on the final hours of filing of nominations of forms to contest Parliamentary and Presidential primaries in his party.

They have gone as far as describing him as mentally unsound, forcing George Boateng to walk into the Pantang Psychiatric Hospital for an examination.

He was given a clean bill of health.
As well, the forms sold to him by the Accountant at the party’s headquarters have been described as equivalent to toilet paper because it was a draft. The Accountant has since been fired, according to Mr Asiedu Nketiah.

He has since been prevented from filing his papers.