Asiedu Nketia was once a psychiatric patient – George Boateng 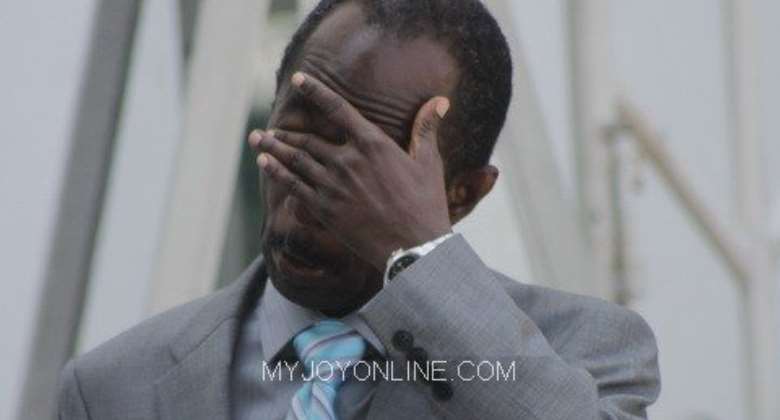 George Boateng, a Presidential aspirant of the National Democratic Congress (NDC) has claimed that the party’s scribe, Johnson Asiedu Nketia was once a psychiatric patient.

The 45-year old Oyarifa branch youth organizer of the NDC said in an interview that he was aware of the mental record of the NDC scribe because he was part of the people who conveyed him to a psychiatric hospital when he started behaving funny.

“One time we were with him when he started behaving in a funny manner, so we bundled him into my car and went to see one Dr. Asare who referred him to be put on psychiatric treatment…,” he said on.

He however failed to tell of the exact psychiatric hospital he took him to.

George Boateng since declaring his intention to contest President John Mahama in the upcoming primaries of the NDC has been subjected to several criticisms and verbal abuse from known executives of the party.

Mr. Johnson Asiedu Nketia, Greater Accra NDC Chairman Joseph Ade Coker and Central Region NDC Chairman Bernard Allotey Jacobs have all described him as ‘someone in need of psychiatric help’ for daring to challenge the President in the primaries.

These comments, Mr. Boateng said were rather applicable to the NDC scribe who he said was admitted to the psychiatric hospital in 1998.

“He is still on psychiatric treatment and taking his psychiatric drugs, that is why he is not growing fat…,” he said on Accra-based Kasapa FM.

George Boateng in an earlier interview on Adom News listed Mr. Asiedu Nketia as among the several persons he would axe from the NDC when he gets the nod to lead the party.

“I will sack the likes of Solomon Nkansah, Asiedu Nketia, Koku Anyidoho and several of the babies with sharp teeth from the party if I get the nod to lead the party…they have brought shame onto the party…,” he said.

The named, he said are part of a bunch of people in the leadership of the NDC who are making the party unattractive.

He therefore sees himself as the ‘only saviour’ for the party now claiming, ‘the NDC would collapse’ if he loses the impending primaries.

I'm grateful to be named by Forbes as African of the Year — ...
50 minutes ago

Covid-19: We oppose singling out African countries for trave...
50 minutes ago