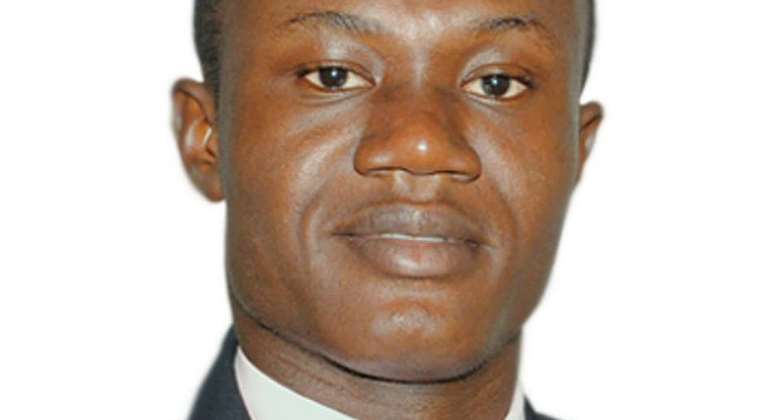 On April 28, 2015, in faraway China, Hebei Province to be specific, China’s Foreign Minister Wang Yi delivered the key note speech at the 11th Lanting Forum. The focus of his speech was on the theme "Industrial Capacity Cooperation for Win-Win Outcomes: Hebei in Focus". The Lanting Forum, initiated by the Ministry of Foreign Affairs of China, is a platform for communication and exchanges between government, the business community, academia, media and the public. It aims at creating a new channel to facilitate discussions on foreign policies and issues of common interest by relevant parties. The Forum is named after Lanting (the Blue Hall) of the Ministry.

Like all major economies of the world, strategic industrial policy is key and core to their development agenda. The case of China is worth mentioning, especially as there appears to be more lessons to be learnt by developing countries like Ghana and the rest of Sub-Saharan Africa. How effectively and efficiently China has managed its industrial policy is worthy of exploring and understanding.

In the late 1940s, the United States adopted an industrial policy as sophisticated like none in the world’s history. Rather than seeking to build up power and wealth at home, Americans aimed instead at forging a deep and equitable industrial inter-dependence among nations. Two goals shaped this strategy. The first was efficiency: to get more people of more nations to work cooperatively, whether to build automobiles, jet fighters or anything else. The second was more fundamental still, for the goal was peace.

Since economic reforms began in 1978, China has enjoyed rapid growth in exports, which have contributed to the country's impressive economic growth. Improvements in the quality of China's workforce, manufacturing technologies, and materials have enabled the country to enter new and more technologically sophisticated industries. In several such industries, which the Chinese government has frequently denoted as strategic, the Chinese government has employed industrial policies, formal and informal, to foster the development of national champions. As part of this strategy, the Chinese government has attempted to induce the transfer of technologies from foreign manufacturers to Chinese companies. To the extent that these policies have been successful, they have accelerated shifts in production and employment from industries located in other countries to China.

The challenge for most developing countries is to understand and appreciate how China has managed strategically to achieve her level of development thus far with industrial policy. We need to examine the effectiveness of the policies and mechanisms the Chinese government has used to create "national champions; provide policy options that allow foreign governments to effectively respond to Chinese industrial policies; and alert Chinese policymakers of the downsides of China's current industrial policies.

It all started over three decades ago, when China opened its door to the outside world. China’s development level back then were at the lower end of the global industrial chain. The approach thereof was straight forward; how can we build the production capacity, attract foreign capital and technologies to accelerate the level of development needed to transform lives? They have since worked hard to attract production capacity, capital and technology from developed countries and the four Asian Tigers, which greatly facilitated its economic take-off and the subsequent rapid growth over the years.

Thirty years on, development has brought tremendous changes to China and elevated it to a whole new level in global economic structure and industrial chain. It is now the world's second largest economy, largest trader in goods; largest holder of foreign exchange reserves, third largest outbound investor and the largest trading partner for nearly 130 nations. China has entered a more mature stage of industrialization with competitive industries and surplus capacity. China is the world's largest producer of over 220 categories of industrial products including steel, cement and automobiles. China produces 38% of the world's machine tools, 41% of ships, and 60% of power generation equipment.

Why are all these relevant to Ghana and sub-Saharan Africa? It matters because Ghana and most sub-Saharan African economies are in the early stages of economic take-off and urgently need large amounts of external capital, equipment and technologies. Compared with other countries, China enjoys unique advantages in production capacity, such as advanced and operable equipment, mature and reliable technologies, cost-effectiveness with no strings attached. In addition, China has abundant capital and foreign exchange reserves and will make overseas investment of over US$650 billion in the next five years, which will provide strong financial support for China's industrial go-global effort.

Like all developing countries, Ghana is in a unique position to seize the opportunity to increase cooperation with China and strive for development and revitalization of industrial policy.China-Ghana industrial cooperation could catalyze Ghana’s inner-growth approach, made-in-Ghana strategy and strengthen Ghana’s relatively weak manufacturing base.