The Politics Of Dumsor 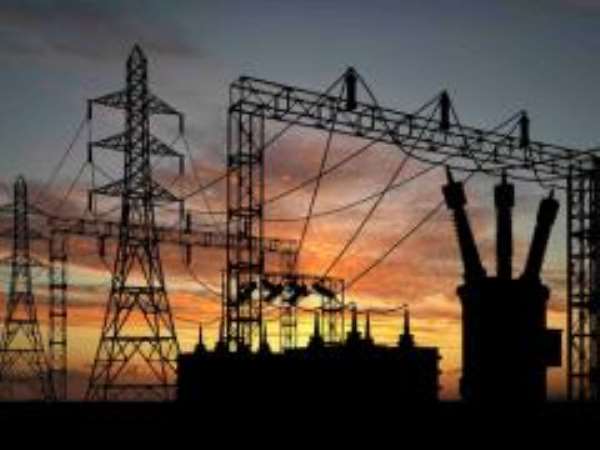 There is no denying the fact that one of the most popular expressions in Ghana today is “dumsor”-an expression that relates to the energy crisis that the country is currently facing. It is also true that dumsor has negatively impacted many facets of Ghanaian society within the last three years, from the economy, to healthcare, education and social life to name a few.

For those who wish and pray that Ghana remains in darkness so that dumsor becomes a relevant issue in election 2016, they relish in the pain that dumsor is unleashing on the populace because it provides an easy and lazy political message for inciting the electorate against the sitting President and his Government. To them, any reasons offered for the dumsor predicament must be loudly rubbished for political convenience in order not to relinquish the political advantage and blessing that dumsor has presented. Therefore to them any effort at solving the dumsor menace must be viewed with disdain since such efforts would bring relief to Ghanaians and in the process remove the dumsor advantage from their political strategy.

To those in Government and on the side of Government, dumsor has become a dreaded occurrence that has put sand in the gari of Government’s efforts to endear itself to the citizenry. Indeed dumsor has created so much havoc and panic in Government that it has caused the Presidency and Government to press the panic button on a few occasions to offer quick fix explanations and solutions to a problem which does not realistically respond to quick fix solutions. In this regard, the Akosombo, Kpong and Bui dams which are integral parts of Ghana’s energy capacity dynamics are suffering from water inflow deficits which can justifiably be attributed to an act of God that cannot be blamed on any President or Government.

Aside from the water deficit problems of Akosombo, Kpong and Bui dams, the issue of deficit in gas supplies from Nigeria has periodically played a significant role in aggravating Ghana’s energy crisis within the last three years. Thus when gas supplies from Nigeria are disrupted for an extended period due to damage to a key pipeline that supplies gas needed to power thermal plants in Ghana, how does that event translate into incompetence in Government’s ability to solve a dumsor crisis in Ghana during that period?

Again when thermal plants-which are required to play a significant role in alleviating the effects of dumsor due to a drastic reduction in hydropower’s input in the energy mix-are periodically put through scheduled maintenance works by engineers of VRA and independent power producers, how does that translate into incompetence on the part of Government in solving the dumsor crisis?

Nevertheless, the perception of government’s incompetence being the cause of dumsor has been successfully peddled by some sections of the political divide for the obvious benefits that such a perception brings to such politicians.Government’s knee jerk reaction to this perception has also not helped matters in this regard.

Rather than resorting to quick fix explanations and solutions that have so far not created a true awareness and understanding of the dynamics at play in the dumsor crisis, Government should revisit its communication strategy to ensure that the people truly understand what is causing the dumsor problem to persist. Once the people are well educated on the dynamics at play, and the solutions and timelines being implemented by Government to end the crisis, they would appreciate the need to sacrifice for the solutions to the problem to be implemented.

In this regard, the statement by the Power Minister in which he offered his resignation by year end if dumsor is not fixed by then, was thus totally uncalled for. It sought to personalize solutions to a national crisis and made it appear that the solution to the problem was that simplistic. The Minister should instead be spending his energy on letting Ghanaians have confidence in the solutions being offered by government to address the crisis, and not in him personally. His offer to resign if the problem is not fixed by year end impliedly called for the President’s resignation if the problem is not fixed.

For those on the political divide that have hung their political fortunes on the dumsor crisis, it is pertinent that they tell Ghanaians what they would do differently to solve the crisis under the circumstances, as compared to the solutions being offered now by Government and utility companies. Merely criticizing Government on a daily basis about dumsor without offering alternative and different solutions that they would implement, would not engender the confidence in them that is required by the electorate to give them a chance.

Generally, For those in opposition whose constant hope and prayer is that dumsor and other problems in Ghana persists to create an advantage to them on the back of the pain and suffering of Ghanaians, they should refer to Jeremiah 29:7 and rather seek the peace and prosperity of the land where God has placed them.

They should rather place their hope in credible alternative messages that would endear them to the people rather than constantly relishing and wishing that things go wrong in Ghana to provide them with a primary conduit to victory in election 2016.