It Is Not Just A Matter Of Numbers 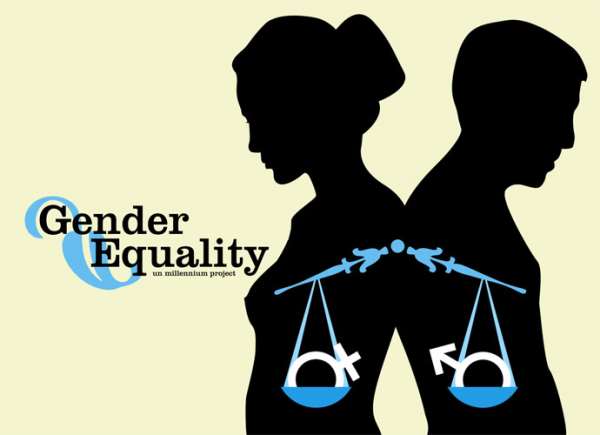 I don't think our Protestant Christian Churches ought to set their targets of ending gender inequality by the clock or calendar of the United Nations (UN) - (See " 'I Want to See a Presbyterian Woman Become Moderator' ": Rev. Opuni-Frimpong" MyJoyOnline.com 3/19/15). The UN itself has yet to elect a woman Secretary-General, and until that happens any talk of pushing women into the apex of many of the most important socioeconomic, political and cultural institutions will remain a pipe-dream. I am not even sure that most of the men spearheading this drive are sincere about the same.

In the end, though, it is not a mere question of majoritizing the percentage of women politicians and/or administrators; rather, it all boils down to the caliber of those elected and/or appointed to positions of national and global responsibility, irrespective of gender description or identity. Unlike Rev. Opuni-Frimpong, the Executive Secretary of the Christian Council of Ghana, I would also like to see the caliber of men presently at the helm of our cardinal policymaking institutions remarkably enhanced. The present male-dominated crop of Ghanaian leadership leaves much to be desired; and all across the African continent, the situation is not much different.

Likewise, the discourse on creating equal opportunities for women in the workplace as well as the high echelons of the professions, including our religious establishments, cannot be restricted to institutions that already allow the ordination of women as pastors and heads of religious assemblies; for it is inescapably about fundamental human rights. Consequently, it is about time that a crusade of women-inclusive leadership opportunities was launched in the Roman Catholic Church, for example, as well as some of the male-chauvinist evangelical churches. Of course, I make the foregoing observation with full knowledge of the fact that the Catholic Church of Ghana is not a member of the Christian Council of Ghana. Rather, the Ghanaian Catholic Church coordinates its nationwide activities through the Catholic Secretariat.

Even so, the single most powerful Christian institution in the country is party to the Ecumenical Council, comprising all recognized religious bodies in the country. But what I really want to highlight here is the fact that the present-day Roman Catholic Church has in Pope Francis perhaps its most progressive and dynamic leader in nearly a century. And so far, the Pope has hinted at the fact that the Catholic Church needs to rethink its outlook on population control or family planning as being integral to quality-of-life improvement. His advanced age notwithstanding, Pope Francis' keen recognition of the daunting nature of his work, vis-a-vis the ultra-conservative stance and mission of the ancient College of Cardinals, may well have prompted his recent decision to adumbrate on the possibility of the urbane Argentinian native's possible near-future retirement as head of global catholicism.

As a longtime resident and citizen of the United States, I am aware of the remarkable progress made by the Presbyterian Church of the USA in both the ordination of women as pastors and in their induction as Moderators of the Church. And so Dr. Opuni-Frimpong's dream of seeing a woman named to the lofty post of Moderator of the Presbyterian Church of Ghana is quite pedestrian. What the Church needs to do presently is to generously open up the conversation on Christian Fundamentalism that seems to have rather unhealthily imprisoned the creative imagination of our leadership.

Changing times may not necessarily call for the compromising of our most cherished ideals and values, but they may well warrant a radical rethinking and modernization of the same. Not long ago, the very notion of the ordination of women priests dangerously verged on the at once "demonic" and heretical.