Oil or fish? Why Ghana should balance oil production and fishing activities 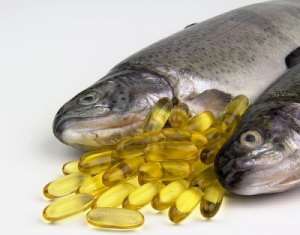 Fishermen and their families in Bonyere, a fishing community next to Ghana's Jubilee Oil Field, felt uneasy that oil production could reduce their fish harvest, in addition of illegal practices by industrial fishing vessels. They made their grievances clearly known during a visit in 2011 in the early phase of oil production, which officially started in 2010. 'Oil should not deprive us of our fish'.

Five years on, artisanal and small-scale fishermen who live on Ghana's western coast struggle to sustain their livelihoods with offshore exploration activities expanding. The cost could be huge and it goes well beyond Ghana. The fishermen will not be able to afford the education and health their children need. The many consumers of Ghana's tuna and sardines in developed economies should expect less supply of fish. And millions of children and women could lose the vital protein from fish they need to avoid the threats of malnutrition.

Oil production has limited the marine space within which they fish.

There is a permanent 500 metre radius from oil rigs beyond which fishermen are not allowed to fish. This limits fishermen from harnessing the peak seasons when sardines, mackerels, moonfish and tuna multiply in number. Some fishermen that have gone beyond this buffer have had their canoes and fishing gears seized and destroyedby oil supply vessels.

Fish capture, processing and marketing are a vital livelihood means for over 10% of the country's population. Fish generates nutritional value – makes up more than half of the country's protein intake. But oil drilling and illegal industrial fishing activitiesare putting livelihoods at risk. Oil rigs prevent these artisanal fishermen from launching into the deep of the sea and their dugout canoes are not sophisticated enough to fend off competition and plunder from local and foreign industrial fishing fleets.

There is much business potential in inland fishing and this should be explored further. Tropo Farms, for example, based in Ghana has shown the potentials that inland fishing has. It's now West Africa's biggest fresh-water fish farm, producing and selling 6,000 tonnes of tilapia every year.

The government should boost artisanal and small-scale fishing activities by providing sophisticated equipment to fishermen. Ghana must also strengthen its sea surveillance, apply the law and prosecute individuals and vessels that are involved in illegal fishing. It is important that the country ratifies the Port State Measures Agreement, approved in 2009 to prevent, deter and eliminate illegal, undeclared and unreported fishing.

BY: Stephen Yeboah, Research Fellow at Africa Progress Panel and Martha Amoako, an independent consultant with expertise in agriculture and extractives in Africa. Email: [email protected]

[Audio] 'Because of Mr Akudugu you want to destroy me, It wo...
32 minutes ago