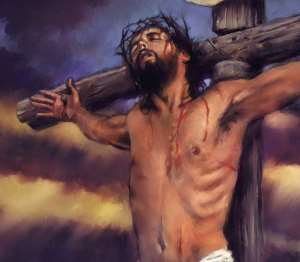 On January 30 2015, the International Humanist and Ethical Union (IHEU) launched a campaign aimed at abolishing “blasphemy laws” worldwide. The campaign is gaining momentum across Europe and beyond. But there is still no significant support from groups in Africa. Meanwhile Africa is a continent where this campaign is urgently needed. The campaign focuses on getting world leaders to understand that blasphemy laws are incompatible with human rights and democratic values in this 21st century.

Campaigners plan to get states to repeal legislations that criminalize “insult to religion”, hurting religious sentiments, or any laws that restrict questions, criticism, or ridicule of religion or religious concepts. Blasphemy laws exist in many states across Africa. They are used as tools to oppress and discriminate against religious minorities.

Unfortunately, many people across Africa may regard this campaign as a western issue, that has no social or cultural significance for the region. No, this is not the case. The abolition of blasphemy laws is in the interest of Africa and African emancipation. The campaign will be of immense benefit to the cause of African renewal. In fact, this campaign could become one of the defining moments of African intellectual awakening and rebirth, if only African humanist and human rights groups can seize the opportunity.

I am saying this because if there is a continent where state and non state actors should lend their support to the campaign against blasphemy laws, it is in Africa. It is in this region where people have suffered- and still suffer- a lot in the hands of theocrats, jihadists and other religious militants. It is in Africa that the treachery of blasphemy laws is so evident. From the way these legislations are conceived to the way they are enforced, their oppressive and discriminatory nature is not in doubt. These laws are conceptualized in relation to alien religions-Islam or Christianity. Hence when they say “Insult to religion”, they actually mean whatever is interpreted to mean insult to Christianity and Islam particularly Islam . At the end of the day, blasphemy laws are used to legitimize religious privilege not religious liberty. They are employed to undermine freedom of religion, free press and free speech.

So both Christianity and Islam started off as blasphemies, as religious expressions that denigrated African traditional religious sentiments. Both Christianity and Islam owe their spread and dominance in the region to the blasphemous mission against African traditional beliefs. If there were existing blasphemy laws before the advent of these faiths, there would probably be no Christianity or Islam in Africa or the two faiths would not be as dominant or widespread as they are today.

If making mockery of any religion were a crime then most christian and Islamic clerics would be in jail. Abolishing blasphemy laws is not just in the interest of non religious or freethinking people but in the interest of religious believers as well. Mocking religion is a human right not a criminal act. Legislation that criminalize criticizing, questioning or ridiculing religious concepts- African traditional, christian or Islamic- must be abolished.

I urge all religious and secular communities committed to religious reformation, renaissance and Enlightenment, all humanist and human rights groups, and other advocates of freedom of of conscience and expression in Africa to partner with IHEU in this historic campaign to abolish blasphemy laws.