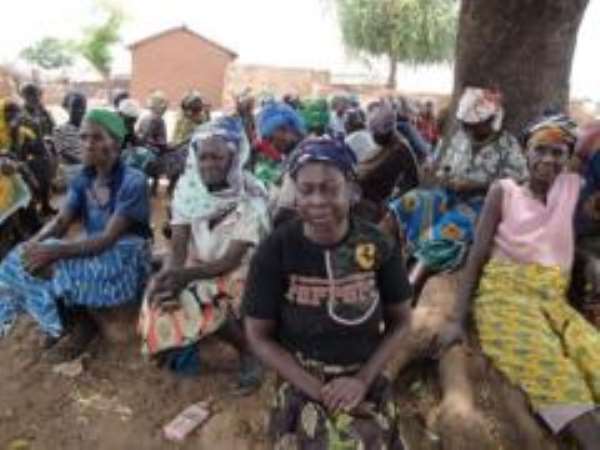 Last Sunday, a 45 year old woman, Christine Jemeli Koech, was accused of witchcraft. A neighbour claimed that Koech, a mother of six had been responsible for her child's illness. A local mob stormed Koech's house early in the morning while she was asleep. They murdered her and burnt her body. This gruesome practice of lynching continues in the East African country of Kenya.

According to media reports, the neighbour has been arrested but the people who carried out the killing are still at large. Witch burning is common in Kenya and in other parts of the region. Men and women accused of bewitching people are executed by a lynch mob. Some years ago, a graphic video of 'witches' being burnt in Kenya was circulated on the internet. It attracted international outrage and condemnation.

It drew the attention of the world to the scale of the problem in Kenya and in other parts of Africa. People in Kenya engage in witch burning with apparent impunity. People who attack and lynch 'witches' more often than not get away with their crimes. This has to stop. The government of Kenya needs to take a proactive rather than its current reactive approach to combat the accusation of witchcraft and the burning of witches in their country.

Very often, whenever there is a case of witch killing, the police respond and make some arrests. But afterwards nothing is heard about the case again. The matter just dies away. The government of Kenya needs to send a strong message to families of victims that they can get justice. And to those who may want to indulge in witch burning, Kenya authorities should let them know that they will be made to answer for their crimes.

Unless the Kenyan government adopts this 'riot act' approach, the savage practice of witch burning may not be brought under control. But the scourge of witch burning is not an issue that can only be addressed through legislation. Education is vital to addressing this problem because people engage in witchcraft accusations as a result of ignorance and a lack of knowledge of reality and how nature works.

So there is an urgent need for public education and enlightenment to reason people in Kenya out of some mistaken notions. People engage in witchcraft accusations because of certain misconceptions about the causes of death and disease.

Witchcraft is an idiom for disease management in many families and communities across Africa. Many people believe diseases are caused by spiritual agents through the occult methods of witchcraft by witches and wizards. And these disease-causing and blood-sucking demons are found within families and neighbourhoods. This is particularly so in rural communities where there are few hospitals or clinics and among the poor whether rural or urban, who cannot afford effective medication or treatment.

Local medicine men and women, pastors and mallams worsen the situation. They claim to have powers to identify and cure witchcraft. There is need to expose these charlatans and debunk their paranormal claims. Skeptics and freethinkers in Kenya need to wake up and help make witch hunting history in their country.

So I ask: Can we stop witch burning in Kenya and in other parts of Africa? Yes. We can do so but only by enforcing legislation and providing education.

Involve chiefs in galamsey fight – Otumfuo to govt
39 minutes ago