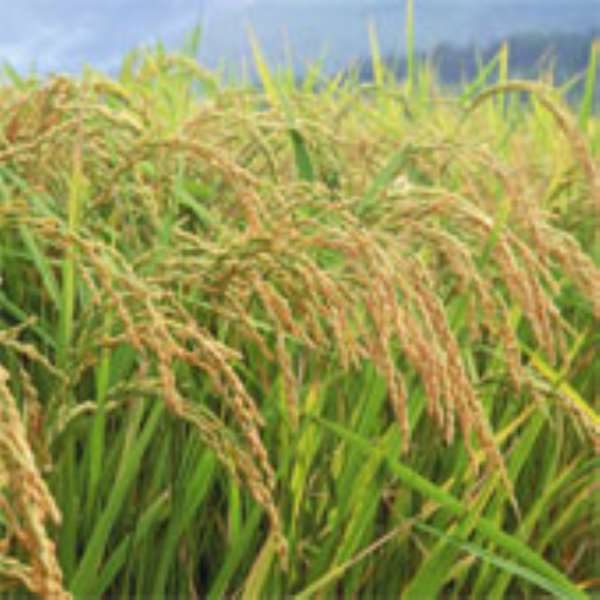 Tamale, April 3, GNA The Savannah Agricultural Research Institute (SARI) of the Council for Scientific and Industrial Research (CSIR) has launched a US,498,465 quality rice development project to increase rice production and reduce food insecurity in the country.

TRIAS Ghana and AMSIG Resources were the collaborating partners of the three-year project being funded by the Alliance for Green Revolution in Africa (AGRA) and expected to reduce the high imports of rice into the country and improve livelihood of smallholder farmers for sustainable quality rice production.

Dr. Abdulai B. Salifu, Director General of the CSIR who launched the project in Tamale, said Ghana was currently importing two-thirds of its national rice requirement with over 600 million dollars annually and that the project had come at the opportune time to enhance food security.

He said the CSIR had over the years conducted cutting-edge research and extended the frontiers through applied research, field studies to generate technologies for increased productivity and extend the technologies to end-users.

He said it was reassuring that the government was focused on partnering with the private sector to eliminate constraints to tackle challenges in the agricultural sector and that 1,200 hectares had been added to the stock of irrigable lands for rice production.

Dr. Salifu said another 8,000 hectares had been added by the private sector to supplement 6,000 hectares in the Northern, Upper East and Upper West regions and added that 15,200 hectares of total land had been devoted to rice cultivation in the country.

He said if the country continued in such progress, it would become a net exporter of rice and that the national rice development strategy, sustainable development of rain-fed lowland rice production, rice sector support project and the inland valley rice development project were but few of the projects that would enhance growth in the sector.

Agriculture-led development is fundamental to reducing hunger and poverty, generating economic growth, employment, reducing the burden of food imports and opening the way to a expansion of export, he said.

Dr. Stephen K. Nutsugah, Director of SARI, said the project reaffirmed the vision of the organization to making agricultural research responsive to farmer needs and national development to maximize synergy to improve livelihoods of smallholder farmers.

He said among some of the objectives of the project was to strengthen institutional and organizational capacities of Farmer-Based Organizations to improve access to services and marketing of locally produced rice.

Mr. Samuel Sey, the Programme Officer for Farmer Organization Support Centre in Africa (FOSCA), expressed worry that poverty was most severe among food crop farmers in the country and urged government to initiate policies to assist them.

He said small-scale farmers who dominated the local rice industry lacked access to premium varieties that were demanded by the market forces noting that traditional farming practices must give way to modern farming practices for desired results.