Crucifixion Of Justice For The Status Quo 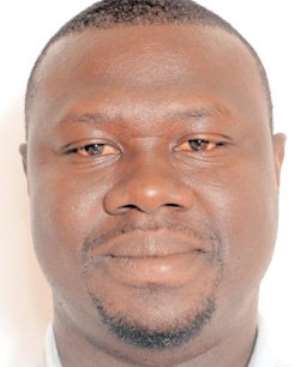 'For starters I would state that the Judiciary in Ghana, like its counterparts in other jurisdictions, does not readily invalidate a public election, but often strives in the public interest, to sustain it'—William Atuguba (JSC).

It's almost two moons since the Supreme Court delivered the so-called 'Supreme Verdict' on August 29, 2013, and some are still in shock at the outcome. Yours Truly is one of them. After what I saw with my eyes and heard with my rabbit-like ears, I'm yet to come to terms with what I consider to be 'the crucifixion of justice for the status quo'.

The word 'crucifixion' comes from Latin 'crucifixio' or 'crucifixus,' meaning 'fixed to a cross.' Crucifixion was an ancient method of execution in which the victim's hands and feet were bound and nailed to a cross. It was one of the most horrible, painful and disgraceful methods of capital punishment. That was the kind of experience Yesu Kristo, the Son of Man, had to endure.

After his trial before the Sanhedrin, Yesu Kristo was brought to the Roman King, Pontius Pilate, who had come to Jerusalem. Pontius Pilate was a key figure in the trial of Yesu Kristo, ordering Roman troops to carry out Jesus' death sentence by crucifixion. As Roman governor and Supreme Judge in the province from 26-37 A.D., Pilate had the sole authority to order the execution or freedom of a suspected criminal. The soldier and politician found himself caught between the unforgiving empire of Rome and the religious scheming of the Jewish Council, the Sanhedrin.

Pilate's main strength was that he was a successful soldier before he received his appointment as king through patronage. His main weakness was that he was afraid of the Sanhedrin and a possible riot. He knew Yesu Kristo was innocent of the charges against him, yet he gave in to the demands of the crowd and had Yesu Kristo crucified anyway. This was clearly made evident in the gospels when he is portrayed as finding no fault with Yesu Kristo and symbolically washed his hands off the matter.

Just like the crucifixion of Yesu Kristo, it is obvious to all that justice was crucified on August 29 to maintain the status quo. The man who was wrongfully declared president by the Electoral Commission (EC) was legally confirmed by the Supreme Court because the Judiciary would always strive to sustain the declaration of the EC, even if it was flawed. Indeed, one can safely deduce from Atuguba's quote above that regardless of the evidence one may have on irregularities, omissions, violations or malpractices, the Judiciary would always strive to protect an election, flawed or otherwise.

Is it therefore surprising that Philip Addison, lead counsel for the petitioners, was treated with iron fists, while lawyers for the first, second and third respondents were treated with kids' gloves? During the petition hearing, we were compelled to keep our suspicions to ourselves because of the threat of contempt. The likes of Ken Kuranchie, who had the guts to state the obvious, had to pay with their freedom. The likes of Sir John were also publicly ridiculed and fined. But with the verdict and judgment now out, our suspicions have more than been confirmed. Atuguba's subtle confession has confirmed to all sundry that the trial was nothing but a charade.

Dr. Jerry Boom says Atuguba is his man of the decade. And why not? The man did help his party to maintain its grip on power. So no one would be surprised if even he named him man of the century.

It is a truism that what is popular is not always right, and what is right is not always popular. Pilate sacrificed an innocent man to avoid problems for himself. He disobeyed Mawu to go along with the crowd. That was over 2000 years ago, yet people still refer to that great injustice. Just like Yesu Kristo's crucifixion, so would this generation and future generations refer to the crucifixion of justice on August 29.

Indeed, if the 'Supreme Verdict' delivered on August 29 was just, then the crucifixion of Yesu Kristo was equally just. Just as a butterfly cannot delude itself that it is a bird simply because it can fly, so we cannot delude ourselves that we had a fair verdict simply because there was no social uproar.

Like Nana Addo and his co-petitioners, we do accept the result but vehemently disagree with the majority decision. We know justice had been sacrificed by the Pilate-like judges. The only fear some of us have is that no aggrieved party would use the Supreme Court option again, knowing very well that the Judiciary would only strive to sustain the EC's declaration; even if it was flawed. And such a development can only lead this country to one path- eternal damnation. That is our fear!

The author has 177 publications published on Modern Ghana.