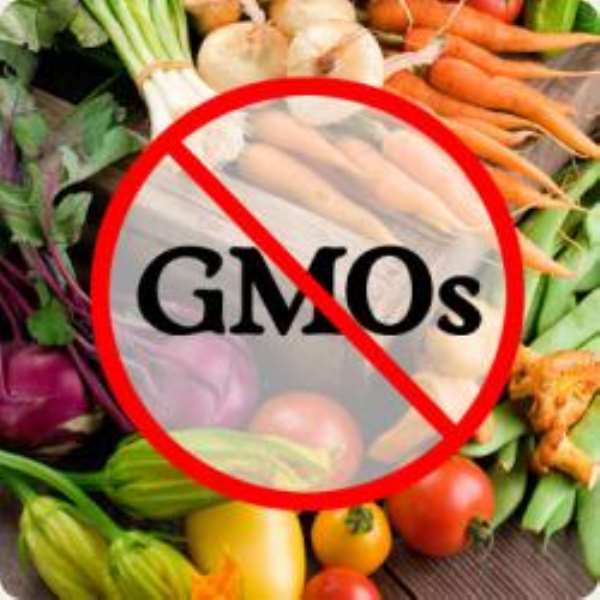 “Overcoming poverty is not a task of charity; it's an act of justice. Like slavery and Apartheid, poverty's not natural. It's man-made and it can be overcome and eradicated by the actions of human beings Sometimes it falls on a generation to be great. You can be that great generation. Let your greatness blossom (Nelson Mandela).”

“One out of every four children in the world under the age of five is stunted. This means 165 million children who are so malnourished they will never reach their full physical and cognitive potential (FAO).”

“About 2 million people in the world lack vitamins that are essential for good health (FAO).”

Indeed, food security is a global problem. Therefore, it is not an isolated African problem. For instance, Warren Buffet, the second richest American, has said there is an urgent need to “eradicate” food insecurity in Africa and America. Usually, a problem arises when there is a severe distortion in the “food system,” which the FAO describes somewhat discursively as “Our food comes to us through complex systems that stretch from land preparation to seeds, from production to harvest, and onward to storage, transport, packaging, marketing, consumption…and even the bits we throw away…At any point in the system, things can go right or things can wrong.”

Elsewhere the FAO reports: “Every aspect of the food system has an effect on the final availability and accessibility of diverse, nutritious foods, and therefore on consumers' ability to choose healthy diets. Of course, there are other factors, too: household income, prices, and consumer knowledge…” Furthermore, the FAO advances the theory that policy and intervention decisions relating to food systems are formulated such that nutrition is not the primary target.

On the contrary, it states that even if policy and intervention decisions make nutrition the primary target, it still is difficult to quantify or pinpoint their impacts. Against this backdrop, the FAO insists that researchers sporadically “conclude that food system interventions are ineffective in reducing malnutrition.” This is one area African politicians and women leaders and organizations must focus on. Malnutrition and lack of rigid adherence to a regimen of balanced diet have huge social and political costs in terms of human capacity and national developments. Therefore, the Ghanaian leadership must do everything in their power to grow the economy so that the average parent can make enough money to afford the basic ingredients that define a balanced diet. Even the social politics of balanced diet must be made and taught as part of our educational system. Improving social services is another.

Are we doing enough to neutralize the deterioration of the ozone layer? And now that China has joined the infamous ranks of the world's major polluters, mostly the so-called industrialized countries, how much of political, legal, and social pressure are we bringing to bear on her? What are we doing to stop the likes of the Koch Brothers who are secretly funding groups who deny climate change, even going as far as labeling ozone depletion pseudoscience? Could it be possible as one scholar recently claimed that the deleterious effects of ozone depletion fuel some of the major conflicts in Africa? Why did Monsanto threaten The Ecologist with several lawsuits back in the 1990s when it tackled corporate problems related to Monsanto and its shady activities long before anyone else did? What did Monsanto want to hide from the inquisitive glare of the world?

Obviously, there are no easy or ready answers to these questions. In fact, the questions and answers themselves are wrapped up in storied imbroglios of international partisan politics, conspiracy theories, lack of scientific foresight, geopolitical business interests of multinationals, politics of profitability, corporate greed, search for new markets, issues related to questions of unequal dichotomy between industrialized and non-industrialized countries, political corruption, benefits/profitability attributable to intellectual property, venture capitalism, political distortions or misrepresentation of scientific facts on climate change, environmental racism, bribery and poverty, etc.

However, the level of intellectual depth and political urgency we attach to these questions and their concomitant answers may give us scientific, social, moral, and political direction. Then again, designing solutions to address these problems require international collaboration because their impacts, negative and positive, transcend national and continental boundaries. After all, the effects of ozone depletion, for instance, affect the entire world, though Africa mostly. “When the rain fall, it don't fall on one man's doorstep,” says Bob Marley (“So Much Things To Say”).

Our next question: What is genetically modified food or plant? Mother Jones' writer Maggie Caldwell defines it as “plants or animals that have undergone a process wherein scientists alter their genes with DNA from different species of living organisms, bacteria, or viruses to get desired traits such as resistance to disease or tolerance of pesticides (“Mother Jones,” Aug. 5, 2013). Clearly, the modern version differs markedly from the ancient practice. Clearly, one harbors the potentiality of grave danger to human and environmental health!

What are some of the health hazards attributed to GM technology? Jeffrey M. Smith of the Institute for Responsible Technology cites a few: Dangers from GM-related toxins put pregnant women and babies at great risk, immune reaction problems, the large number of animals who died after consuming GM-produced “Bt cotton” plants (India), toxin production from GM-related foods (e.g., Bt corn and cotton), and potential of GM to “remain in us,” as he put it.

Regarding the above, the latter, he writes: “The only published human feeding study revealed what may be the most dangerous problem of GM foods. The gene inserted into GM soy transfers into the DNA of bacteria living inside our intestines and continues to function. This means that long after we stop eating GMOs, we may still have potentially harmful GM proteins produced continuously inside of us. Put more plainly, eating a corn chip produced from Bt cotton might transform our intestinal bacteria into living pesticide factories, possibly for the rest of our lives. When evidence of gene transfer is reported at medical centers around the US, doctors often respond by citing the huge increase of gastrointestinal problems among their patients over the last decade (Smith, “Doctors Warn: Avoid Genetically Modified Food”).”

This situation is somewhat similar to the epidemiological issues raised by the science journalist Edward Hooper in his influential voluminous investigative study “The River: A Journey To The Source of HIV And AIDS,” in which he describes Western scientists' using parts of primates to prepare tissue cultures for the polio vaccine and using Africans as experimental “guinea pigs” in clinical trials to test the vaccine.

Interestingly, Hooper's sleuthing study concludes that Simian Immunodeficiency Virus (SIV) from the experimental primates metamorphosed, or “crossed over,” to appropriate his phraseology, into Human Immunodeficiency Virus (HIV) once they had got into human tissues. In other words, he blames the West for the pandemia of HIV/AIDS, given that, among other hypothetical objections, his epidemiological theory undermines Western claim that Africans contracted SIV and hence HIV and AIDS by eating primates whose tissues were used to prepare cultures for the polio vaccine.

To add a few more words, Drs. Koprowsi and Jonas Salk were two important virologists whose work in that regard received Hooper's meticulous journalistic attention. However, we may cautiously have to add that Hooper does not say or imply anywhere, even remotely, that the West consciously infected Africans with the dangerous virus. Some disagree, however. It is for this very same reason that many people do not believe or accept the near-linear correlation between male circumcision and purported scientific theory supporting the high affinity of penile preputial Langerhans cell for HIV, given that the Langerhans cell is not unique to black humanity. These creative doubters thought the scientific experimentalists who carried out the trials to establish the correlation should have controlled for sexist biases by factoring in clitoral Langerhans cells and for racial biases by including Whites!

Finally, we once read extant photocopies of a banned South African book in which the author alleged that Apartheid politicians imported Western prostitutes with HIV/AIDS into South Africa and spread them out into black neighborhoods. Some believe this explains the sudden post-Apartheid explosion of HIV/AIDS in the black community. We have also been made aware that White Zimbabwean farmers secretly used their Black female farm hands in “family planning” experiments. However, the problem is that we have not found independent scientific corroborations of these facts.

One more fact on Apartheid South Africa. Lee Abel writes in “Respect To Lucky Dube,” a tribute to South Africa's Lucky Dube, Africa's Reggae King, “At 5, Lucky had already learned the lessons of responsibility. He began working for white families so that his own family would have a little food. He quickly saw that his employers treated their dogs better than him. When he was a little older he was terrorized by a pair of hounds while their owners laughed. More physical pain would come at the hand of one of his employers who intimidated him into receiving several high voltage shocks in a sadistic experiment with a new toy (United Reggae: Online Reggae Magazine).” That was the Frankenstein Apartheid whose acidic brutality one of Africa's greats, Lucky Dube, the roots reggae magician, tasted!

Let's come home to the problem of food insecurity. What about our sisters, mothers, nieces, and girlfriends? The Food and Agricultural Organization (UN) reports: “Malnourished women are more likely to give birth to smaller babies, who start life with a higher risk of physical and cognitive impairment. In fact, maternal malnutrition is one of the main ways that poverty is transmitted from generation to generation.” Let's make maternal health a national priority.

“A Brewing Crisis: Ghana And Genetically Modified Food—Part ll” takes up other hard questions related to the politics of GM technology!