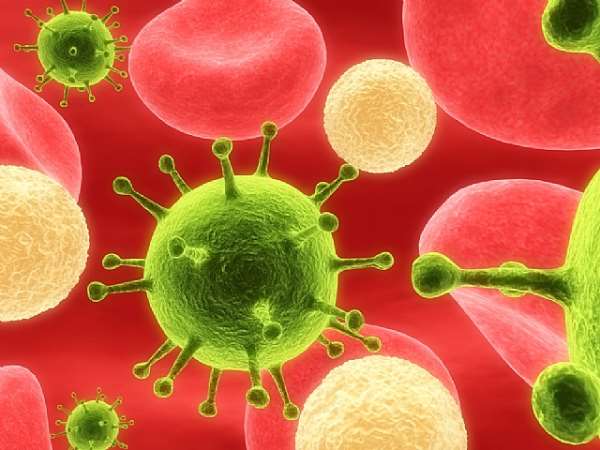 Sexually Transmitted Infections (STIs) formerly known as venereal diseases consists of more than 25 infections passed from one person to another primarily during sexual contact. Sexually transmitted diseases (STDs), commonly labeled venereal diseases, are usually contracted during sexual intercourse with an infected partner. The term venereal disease (VD), denoting any disease transmitted by sexual intercourse, lost favour in the late 20th century and was largely supplanted by the more comprehensive term sexually transmitted disease. The principal disorders commonly transmitted in this manner include AIDS, syphilis, gonorrhea, chlamydia, and genital herpes that are usually or often transmitted from person to person by direct sexual contact. It may also be transmitted from a mother to her child before or at birth or, less frequently, may be passed from person to person in nonsexual contact such as in kissing, in tainted blood transfusions, or in the use of unsanitized hypodermic syringes. Sexually transmitted diseases usually affect initially the genitals, the reproductive tract, the urinary tract, the oral cavity, the anus, or the rectum but may mature in the body to attack various organs and systems. Tertiary syphilis, or paresis, for example, may affect skin, bones, the central nervous system, the heart, the liver, or other organs. Persons infected by an AIDS virus may remain outwardly healthy for years before the disease takes hold within the immune system or often the disease may never arise at all. Despite the prevalence of STIs, studies show that many people are unaware of their risks for contracting an STI or the serious, and sometimes deadly, health consequences that may result from an untreated infection.

Sexually transmitted diseases have a long history. The best known of these diseases, syphilis is caused by the bacterium Treponema pallidum. Some STIs, such as gonorrhea or chlamydia, may cause no symptoms. People who do not know they are infected risk infecting their sexual partners and, in some cases, their unborn children. If left untreated, these diseases may cause debilitating pain or may destroy a woman's ability to have children. Some STIs can be cured with a single dose of antibiotics, but many, such as acquired immunodeficiency syndrome (AIDS), are incurable but treatable. People with these diseases remain infectious to others for their entire lives.

Those most at risk for contracting STIs are people who have unprotected sex- that is sex without using an original scientifically efficacy proven latex or polyurethane condom; those who have multiple partners; and those whose sex partners include intravenous drug users who share needles. Additionally, young people may be more likely to have unprotected sex and they may find it difficult to tell their sexual partners they are infected with an STI. Young people may also be embarrassed or unable to seek treatment for STIs. This means that they are not only more likely to pass the disease to other young people, but they also have a greater risk of suffering the long-term consequences of untreated STIs.

STIs are transmitted by infectious agents like microscopic bacteria, viruses, parasites, fungi, and single-celled organisms called protozoa that thrive in warm, moist environments in the body, such as the genital area, mouth, and throat. Most STIs spread during sexual intercourse vaginal or anal, but other forms of sexual contact, such as oral sex, can also spread disease. On moral basis, sexual intercourse involves the reception of the manhood in the birth canal with other activities that may be coupled with it but due to man's 'knowledge' and 'wisdom' other parts or orifices of the body have become involved. However, if man was to learn a lesson from cats, dogs and chicken that do not hold any religious or circular knowledge, the birth canal is very much appreciated for what it is intended for in the reproduction cycle. Furthermore, some researchers have indicated that it is less likely or there is a reduction in HIV/AIDS transmission by sexual intercourse through the birth canal by an individual with HIV when they are on treatment or antiretroviral drugs. This may very much be attributed to the 'design' and 'nature' of the birth canal though in homosexuals spread of sexually transmitted infection may be higher than in heterosexual couples due to the 'design' and 'nature' of the sexual receptacle of choice in such a relationship. Higher statistical prevalence of HIV/AIDS in women have been linked to biological or anatomical make-up but the main contributing factors to such may also largely be attributed to social and economic reasons that fail to empower women. In general, individuals on anti-retro viral therapy are less infectious due to reduced viral load and virulence or attacking power of the virus but it does not rule out use of protection in a sexual encounter or handling of bodily fluids in such circumstances.

The sexually transmitted disease that caused perhaps the greatest alarm in the late 20th century was acquired immune deficiency syndrome or AIDS . From the time of its first clear identification in 1981, AIDS spread rapidly, with reported cases rising at a high rate, especially among homosexuals and intravenous drug users in the United States and Western Europe and among heterosexuals in tropical Africa. The high mortality rate from AIDS and the absence of a cure or vaccine against the disease had a sobering effect on sexually permissive societies. Promiscuity tended to be more widely discouraged, and the adoption of practices presumed to constitute 'safe sex' such as the use of condoms or avoiding anal intercourse was encouraged. Nearly a score of other sexually transmitted diseases known, all have reasonably effective drug cures except infection with HIV.

In addition, some STIs are transmitted in ways other than by sexual contact. Certain viral STIs, such as AIDS and some types of hepatitis, may be transmitted by contact with infected blood. For instance, viral STIs may pass between people who share infected needles, and a person can become infected from a transfusion of infected blood. Some STIs may pass from an infected mother to her child. Infection may occur before birth, when the infectious agent crosses the placenta which is the organ in a pregnant woman's uterus that links the blood supplies of mother and baby and through it, the infectious agent enters the baby's bloodstream. Infection also may occur during childbirth, as the baby passes through the birth canal, or after birth, when the baby consumes infected breast milk. STIs cannot be transmitted through shaking hands or other casual contact may also less likely transmit them like inanimate objects such as clothing or toilet seats. The most common STIs in most of our outpatient department or clinic include chlamydia, gonorrhea, syphilis, herpes, AIDS, hepatitis, genital warts, trichomoniasis and yeast infection or candidiasis.

All of the aforementioned diseases are spread primarily by sexual contact, but there are other diseases that are transmitted sexually only in a minority of cases. Chief among such diseases are cytomegalovirus, a viral infection that is ubiquitous in humans and is spread by various means, including sex, and the hepatitis B virus, which is spread primarily through intravenous injections and blood transfusions but which can also be transmitted sexually.

Finally, a common infestation is pediculosis pubis. The crab louse, Phthirus pubis, infests the hair of the pubic region, where louse eggs, or nits, are attached to the hairs. After about one week the larvae hatch, and in about two weeks they develop into mature crab lice. The lice attach themselves to the base of the hair and feed on the blood of the host. Persons become aware of the infection because they see the lice or the eggs or because intense itching develops after two or three weeks.

In summary, sexually transmitted infections have been with us for a long time and it is not very difficult to eradicate them at this helm of knowledge that medical sciences has provided to us. For instance, like Syphilis and gonorrhea were long thought to be one disease. Real progress in characterizing them did not occur until the early 20th century, when their different causative microorganisms were identified and reliable diagnostic tests were developed. Effective treatment in the form of sulfa drugs and penicillin was introduced in the 1930s and '40s, and the eradication of such diseases seemed imminent. By the end of the 1950s, however, the frequency index had begun to rise again; among the many reasons cited were the tapering off of active 'anti-VD' campaigns, the causative microorganisms' growing immunity to the antibiotics used in treatment, and a variety of sociological factors influencing sexual behaviour. The widespread acceptance of oral contraceptives and their supplantation of other methods of birth control were possibly linked, for a variety of reasons, to the spread of sexually transmitted diseases. Not only had the lack of oral contraceptives tended to discourage sexual promiscuity but also the older methods of condom and diaphragm had provided some protection against disease. Only with the outbreak of the AIDS epidemic did a return to the condom and 'safe sex' receive new encouragement. By emphasizing the importance to revamp the 'anti-VD' campaigns, we are not soliciting for half of our national budget to be directed towards purchase and setting of a plant to start manufacturing condoms in order to ensure 'safer sex' but for a prescriptive moral judgment whose typical uses are intended to guide our conduct and commitment to a certain line of action.