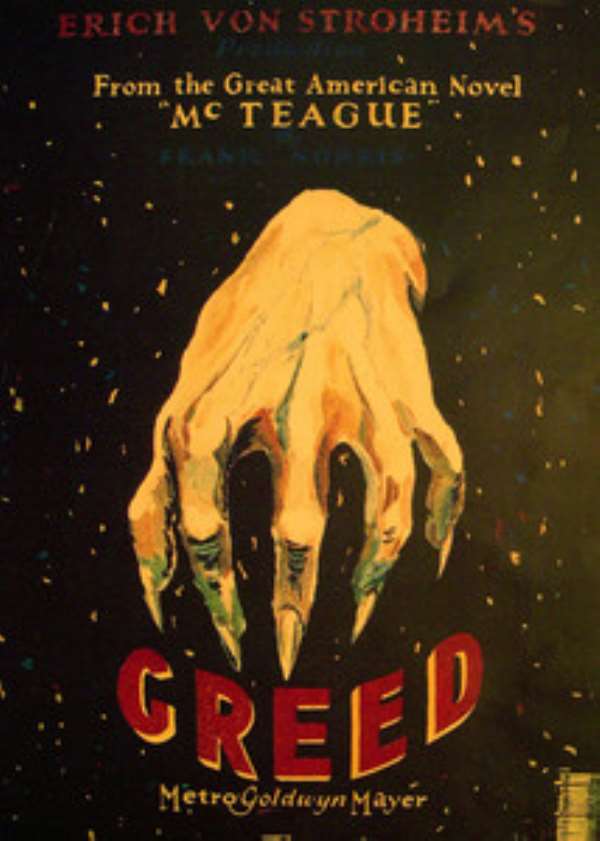 Margaret Thatcher had been the Prime Minister of a developed country and one of the world's wealthiest and industrialised countries, the United Kingdom, for eleven-and-a-half years; Kamuzu Banda's Malawi was one of the poorest countries in the world surviving on foreign aid.

In other words, Kamuzu Banda of poorest of the poor Malawi was worth 5,300 per cent more than Margaret Thatcher of first world UK.

When Zambia's Frederick Chiluba left office, he was put on trial for corruption and abuse of office. At the trial, it came out that on one trip abroad, Chiluba went on a shopping spree and came home with 11 trunks of personal items made up of 64 shoes; 206 designer suits; 185 shirts; 74 designer ties; 36 jackets and 157 trousers. Total cost: $1.1 million.

I can tell you that no leader in any first world country can afford to spend that much on dresses on one trip and Chiluba was only the leader of a poor country. How do you explain that?

Not too long ago, the Speaker of Parliament of one African country had 24 vehicles at his disposal and yet he went on to order eight more at the cost of $290,000 for his personal use.

Thirty-two cars for one man, and this is just the Speaker of Parliament. It leaves you wondering how many cars the President of that country had at his disposal.

Which Speaker of the Parliament of any of the developed countries can afford even half of that number of cars?

The next time someone tells you that Africa is poor, tell that person that he does not know what he is talking about. Africa is not poor and yet our infrastructure are all broken; our people live in poverty, our schools have broken down and our hospitals are very poorly equipped and staffed.

The reason for this poor state of Africa is not that the continent is poor but that there is too much greed in Africa. When African politicians are chopping, they do not know where or when to stop.

It is interesting that the Government of Nigeria made a deal with the Abacha family to return some of the money in exchange for immunity.

The family returned $750 million. Soon after that the government could not account for $705 million of that amount. In other words, as soon as the Abacha family returned the money, someone also stole it.

We tend to blame our colonial past and the actions of imperialists for our poverty but the greed of Africa's political elite has cost Africa much more than the colonialists and imperialists could have taken from Africa.

According to David Blair of London Telegraph, one African country's past rulers stole or misused £220 billion or $412 billion. How much did that country's colonial masters take?

At an April 2000 press conference in London, U.N. Secretary-General Kofi Annan lamented that 'Billions of dollars of public funds continue to be stashed away by some African leaders - even while roads are crumbling, health systems have failed, schoolchildren have neither books nor desks nor teachers, and phones do not work.'

But it is not only the African leaders who are killing Africans with their greed. Greed has become very pervasive in our society at all levels. Let me take Ghana for example. I am currently searching for property in Kokomlemle and Osu and I am amazed at the rates being quoted.

It is obvious from the rents the landlords are demanding that they are reserving their properties for the Chinese and other foreigners because Ghanaians cannot afford them.

So, because of greed, in a few years, I predict that properties in Kokomlemle, Osu, Asylum Down, Labone and places like that will be occupied almost exclusively by the foreigners.

A friend of mine whom I had not met in a long time came to my office not too long ago. After the pleasantries, I asked him what wind had blown him my way. He said, 'My little girl attends a school not too far from here. I usually come to pick her but today when I arrived, the school said that they are organising extra classes for the children. So, I have to wait but I did not want to return to my office and come back and that is why I passed by to see you and also to kill some time.'

I said to him, 'Your little girl, Maame? Is Maame not just two years old?'

'Yes, she is,' he answered.
I said, 'Wait, let me understand something. Is your daughter's school organising extra classes for two year olds? Is it free?'

He said, 'What free? It comes at an extra fee and it is compulsory.'

Extra classes for two-year olds in Ghana. Why? Because the schools need to find ways of squeezing more money from parents.

Africa fought against colonial rule and succeeded in shaking off the colonial shackles. But can Africa wage a war against greed? And who will lead that fight? Pastors?

Some of the cases involved smuggling by pastors through Kotoka International Airport; others had to do with misuse of church funds. The message from the government was clear: 'remove the plank in your eyes before you attempt to remove the speck in my eyes.' It silenced the council for a long time.

Commenting on this, one of my adopted daughters said, 'We say we want to build a wall and so we have to lay blocks. But as soon as we lay the blocks, we dig the sand beneath it and so the whole wall comes crushing down.'

The point I am making is that greed is killing Africa but we cannot count on anyone to fight it for us. We will all collectively and individually have to resolve to give up our greedy ways because it will not take us anywhere. What you gain by your greed, another person takes it from you in his greed.

The Akans have a saying that 'if you cut off your tongue and roast it for meat, you really don't have meat.' And that is a perfect picture of greed. Your greed makes you loot the nation to put up a mansion and buy the latest executive car. A victim of your greed shoots you in traffic and takes the car from you or he shoots your son and takes the car from him. What have you achieved with your greed?

In Colossians 3:5 the Bible equates greed with idolatry. It is that serious. One way or the other, we need to wake up and realise that greed is killing us and will not take us anywhere. Until we are able to do that, rich Africa will continue to be reduced to a beggar continent and every African will be held in contempt everywhere he goes.