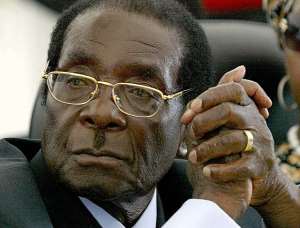 On July 31 the Southern African nation of Zimbabwe will hold what is termed harmonized elections where representatives of legislative and administrative positions locally and nationally are selected by registered voters. This process is the culmination of nearly five years of negotiations that grew out of the crisis that developed around the previously held elections in 2008.

In 2008, the government was split with the opposition western-backed Movement for Democratic Change-Tsvangirai (MDC-T) leading the legislative branch by a slight majority and the municipality of the capital city of Harare and on the other side the Zimbabwe African National Union-Patriotic Front (ZANU-PF), which fought for the national liberation of the country from British settler-colonialism, holding on to its support in most rural areas. ZANU-PF, under the mediation of the-then South African President Thabo Mbeki, arrived at a Global Political Agreement (GPA) with the MDC-T and another split from this opposition tendency, the MDC-Mutambara (MDC-M).

Out of this arrangement a coalition government was formed where Morgan Tsvangirai was named prime minister and President Robert Mugabe held on to his position as head-of-state. The GPA resulted in several cabinet portfolios being held by the opposition parties and others such as defense and justice remained under the control of ZANU-PF.

Zimbabwe has been subjected to draconian sanctions by Britain, the United States, the European Union (EU) and Australia since 2000 when the ZANU-PF government and the national legislature approved a radical land redistribution program that took large-scale farms from the white settlers and turned them over to the African masses. The revolutionary war during the 1960s and 1970s was based upon the return of the land to the indigenous people.

After the Lancaster House Agreement of 1979 which reached a compromise between the liberation movements of the Zimbabwe African People's Union-Patriotic Front (ZAPU-PF) and ZANU-PF agreed to establish a majority-minority government with the regime of former racist Prime Minister Ian Smith in order to declare independence in April 1980. Although the British and U.S. governments had agreed to buy back the most arable land from the white farmers for redistribution, this had still not happened by 2000.

The western media has castigated the ZANU-PF government for the land reform program saying that it was undemocratic and an utter failure. Rather than acknowledge the economic impact of the sanctions as the root cause of the crisis in Zimbabwe, the imperialist states and their allies said that the initial problems after land reform were the result of the farm seizures.

Nonetheless, in recent years the academic research of scholars such as Ian Scoones of the Institute for Development Studies (IDS) at Sussex University in Britain has proven that the land redistribution did result in creating tens of thousands of independent African farmers who have increased productivity in the agricultural sector and raised household incomes in Zimbabwe. Even the New York Times in an article was forced to admit the gains made due to these new economic arrangements.

Third 'Chimurenga' Stalled by the GPA
A key aspect of the ZANU-PF campaign theme has been centered on highlighting the problems associated with the GPA since 2008. The land reform program they say and other efforts aimed at the 'indigenization' of mining and manufacturing has been stalled by the efforts of the MDC officials in government.

Chimurenga is a Shona word meaning revolutionary struggle. The first Chimurenga was launched during the late 19th century when the British settlers arrived in Zimbabwe and attempted to seize the land and place the people in colonial slavery. An uprising in 1896-97 led by a woman warrior Nehanda resisted the imposition of imperial rule but was crushed through superior weaponry held by the Europeans.

Nehanda and her companion Kaguvi were captured and hung by the British colonial authorities in 1898. Later in the 1960s, the second Chimurenga was launched through the armed struggle of ZAPU and ZANU armed wings which resulted in the liberation of the country in 1980.

The third Chimurenga was launched in 2000 with the land redistribution program. All of these liberation efforts have been opposed by imperialism and its allies in Southern Africa and throughout the world.

In a campaign address by Zimbabwe Vice-President Joice Mujuru on July 20, the Sunday Mail reported that 'Vice President Cde Joice Mujuru has implored the electorate not to forget how the country attained its independence ahead of this month's harmonized elections. Addressing thousands of supporters in Murehwa yesterday, Cde Mujuru said Zimbabweans should show respect and have faith in the leadership of President Mugabe and Zanu-PF who brought independence from the racist Ian Smith.'

With specific reference to the role of the MDC-T which is contesting the elections scheduled for July 31, Vice-President Mujuru stated that 'We have missed our economic and infrastructural development goals over the past four years because of this double headed government. The MDC formations are against the emancipation of the people and we need to have that in mind when we vote on July 31.' (Zimbabwe Sunday Mail, July 21)

Mujuru went on to claim that the policy of MDC-T secretary-general Tendai Biti who is finance minister in the inclusive government has hampered assistance to African farmers. This is another reason why the ZANU-PF party is committed to restoring its sole control over the state in Zimbabwe.

'He (Biti) has blocked a number of projects that were meant to benefit the masses during the four-year tenure of the inclusive Government. Among these were two projects that were meant for Arda Muzarabani. The Arda we are seeing today has collapsed and what was only needed to resuscitate it was Biti's signature after we made efforts to secure help, but up to now the papers are still in his office,' she said. (Sunday Mail, July 21)

In an interview with ZANU-PF Minister of Justice and Legal Affairs Patrick Chinamasa, the New African magazine reported that the cabinet identified the MDC-T as obstructionists in the continuing liberation process. Chinamasa noted that there are 28 different parties registered and that most of them are participating in the election which is proof of the democratic character of the political process in Zimbabwe. (July 21)

In the same New African interview Chinamasa also reported that some 3,500 so-called non-governmental organizations (NGOs) are operating in Zimbabwe. He indicated that they were all opposed to the ZANU-PF party and funded by the imperialist states.

Chinamasa told the magazine that 'the 3,500 NGOs are all pro-MDC, because the NGOs are funded by those same countries that want a regime change here. Again, the two MDCs and the Southern African Development Community (SADC) Facilitation Team don't talk about the US$2.6 billion that the European Union admitted to me that they have channeled through the NGOs in the last five years.'

With this blatant interference in the internal affairs of Zimbabwe, the ZANU-PF party must work very hard to counter the propaganda of the opposition which is seeking to defeat it at the ballot box. Efforts carried out by the MDC-T to postpone the July 31 vote has failed and if ZANU-PF wins the vote, which is widely predicted, the western-backed opposition will attempt again to use this as an excuse to question the legitimacy of the poll.

Monitors from the U.S., Britain and the EU have been denied official recognition by the government. Of course there will be monitors from the regional Southern African Development Community and the African Union (AU).

No one is above the law except the President - Oliver Barker...
41 minutes ago