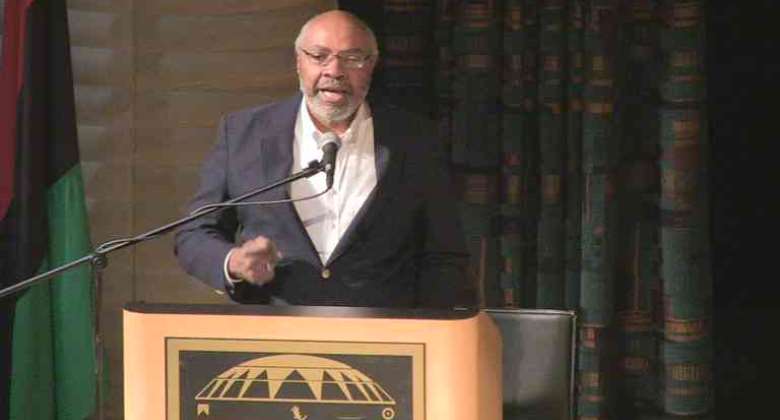 Over the last several years along the Indian Ocean coast in East Africa substantial finds of oil and natural gas resources have been under development.

A British exploration corporation, Tullow Oil and its Canadian partner, Africa Oil, acknowledges that it has discovered in excess of 600 million barrels of oil in Kenya. At least eight exploitable and viable oil sources have been recorded beginning in 2012.

Neighboring Uganda as well has approximately 6.5 billion barrels of oil deposits which have been found since 2008. Another East African Community (EAC) member Tanzania is estimated to harbor natural gas resources in the amount of 50.5 trillion cubic feet.

With respect to the Southern African state of Mozambique, which is not an EAC member but is further south of this aforementioned region, has also discovered natural gas. It has been suggested that Mozambican reserves are within the range of 200 billion cubic feet. The combined natural gas resources in Tanzania and Mozambique are said to be among the most lucrative in the world.

Yet in the contemporary period there is an overproduction of oil and natural gas resources which have driven down prices on the international market. As a result of this phenomenon various states which are reliant on these strategic energy sources have fallen into economic decline. Although some countries in Africa and other geo-political regions are described as being in recession, the fact is with the precipitous drop in currency values and debt accumulation, a depression may be a more accurate description.

In Mozambique, financial speculation centered upon these recent natural resource projects which are slated to come online in 2019, has drawn the attention of the United States Security and Exchange Commission (SEC). Allegations of impropriety involving financial institutions is providing an opening for the further interference in the internal affairs of the country which won its independence through a popular revolutionary armed struggle against NATO member Portugal in 1975 led by the Mozambique Liberation Front (FRELIMO).

According to a recent article published in the Wall Street Journal, “The U.S. Securities and Exchange Commission is investigating the sale of $850 million in bonds issued by Mozambique, the latest development in a scandal that is exposing the links between the country, three international banks and a defense contractor. The move inserts the U.S. into a widening global investigation of Mozambique’s debt deals, which involved undisclosed loans and military purchases facilitated by the banks.” (Dec. 28)

This same report continues noting that “In 2013, Credit Suisse Group AG, Russian bank VTB Group and France’s BNP Paribas sold the bonds to investors for a Mozambican state-owned company that said it needed money for tuna fishing. But months later, Mozambique’s government announced that the funds had also been used to buy military equipment. Bondholders were also unaware that Credit Suisse and VTB made $1.2 billion in undisclosed bank loans to other state-owned companies for additional military purchases until The Wall Street Journal reported on the deals in April.”

These developments are taking place amid a recrudescence in the counter-revolutionary war waged by the so-called Mozambique National Resistance (RENAMO). This organization grew out of the counter-insurgency operations of the Portuguese intelligence agency (PIDE) in efforts aimed at undermining the revolutionary national liberation struggle which was committed to socialist development in Mozambique. Later when RENAMO was formed it was funded and trained by the-then settler-colonial regime of Rhodesia (now Zimbabwe). After the fall of Ian Smith’s Rhodesia in 1980, the racist-apartheid regime took over operations for RENAMO where the group sought to destroy the newly-liberated Mozambique state under the leadership of the late President Samora Machel. The FRELIMO leader was killed in a plane crash in October 1986 when reports suggested that the plane was brought down due to South African military operations against the ever-encroaching liberation movement the African National Congress (ANC).

RENAMO claims that it is fighting for a greater say in the Mozambique political structures yet the organization has operated openly as a political party since a ceasefire was signed with the FRELIMO government in the early 1990s. This renewal of hostilities portends much for the viability of the future economic and social well-being of the country which is a leading member of the regional Southern African Development Community (SADC).

Angola and the Oil Glut: Which Way Out of the Crisis?

Another former Portuguese colony, the Republic of Angola, won its independence as well through armed struggle during 1961-1975. Its genuine independence was threatened by the interventions of the U.S. and the South African Defense Forces (SADF) under apartheid during 1975-1988, and the support of hundreds of thousands of Cuban internationalists volunteers secured the total liberation of the country by 1989 leading to freedom for Namibia, a former colony of Germany and later the settler-colonial regime in Pretoria.

Angola has been impacted by the petroleum crisis since its national revenue is largely dependent on oil exports. The country has moved from being the first and second largest producer of oil in the last few years. The ruling Popular Movement for the Liberation of Angola (MPLA) remains the dominant political force inside the country where longtime President Jose Eduardo dos Santos announced recently that he was stepping aside to allow a new leadership to emerge.

In another article published by the Wall Street Journal it emphasizes the impact of the drop in oil prices on Angola. During the early years of this decade, economic growth was so vibrant that the government was able to loan money to its former colonial master of Portugal staving off a potential collapse in Lisbon.

The WSJ stressed that: “Dozens of gated communities sit mostly empty, gathering dust. They were built during the first half of this decade for a middle class that never materialized and the foreign elite that largely packed up and left when a dizzying oil-price boom went bust in 2014.

This report also discusses the travails of the Angolan government in seeking a way out of the current crisis: “The International Monetary Fund expects that Angola’s economy will have zero growth in 2016, marking its worst peacetime performance on record—a disaster for a country whose population of 26 million is growing by 3.2% annually. Meanwhile, government debt has jumped to 78% of gross domestic product, according to IMF estimates, from just 41 % when oil prices plummeted in 2014. Little is known about where or from whom the government is borrowing—let alone at what rate—so analysts warn about the difficulty of predicting its ability to pay back what it owes. In April, the government entered bailout negotiations with the IMF and then abandoned them three months later. Since then, the central bank has used 18% of its foreign-currency reserves to keep some imports flowing into the country. If spending continues at this pace, ‘in about a year’s time you’d probably run out of reserves,’ says Stuart Culverhouse, head of fixed-income research at Exotix Partners, an investment firm that focuses on frontier markets.”

Pan-Africanism, Socialism and the Global Crisis
Although there appeared to be a renaissance in African political economy in the period of a supposed recovery from the Great Recessions which struck the imperialist states of Western Europe and North America between the years of 2007-2010, this growth in regional business activity is proving to be unsustainable. From Egypt and Nigeria to South Africa and the Democratic Republic of Congo (DRC), the post-colonial nation-state is at the crossroads.

The prospects for foreign direct investment into the natural resource development markets have reached a breaking point due to the overproduction of oil and gas. Inside the U.S. there has been a concerted strategy to curtail exports of oil and natural gas utilizing domestic production through hydraulic fracking, shale technology and offshore drilling. Within the U.S. itself the ostensible “recovery” has been highly untenable since it is largely based on stock market speculation, tax cuts for the superrich and the normalization of low-wage employment.

In Africa there is the dire need for continental integration based on socialist planning. The merging of economic projects and political unity provides the only real solution for the perpetual ebbs and flows of global capitalist economic viability.

With the incoming administration of President-elect Donald Trump pressure is mounting from the Pentagon and the intelligence apparatus to continue the renewed Cold War against both Russia Federation and the People’s Republic of China. Such a policy orientation on an international level will have profoundly negative consequences for the African continent.

To foster socialist development in Africa would require the mass mobilization and organization of the workers, youth and farmers. It necessitates the disruption of dependence upon foreign direct investment as the primary mode of economic growth. The emphasis must be placed upon political education with the objective of creating a unified continent under socialist relations of production.

Moreover, the collaboration between the imperialist states and the U.S. Africa Command (AFRICOM) should be halted. These military joint ventures has further destabilized the continent as in Mali, Somalia, Ethiopia, Djibouti, Kenya, Niger, Nigeria and other states.

A continental military force should be independent of the imperialist states. As Dr. Kwame Nkrumah said over five decades ago, the creation of an All-African High Command will serve as a defense against neo-colonialist intervention and not a gateway for its proliferation.

2017 will be an important year for the African continent. It is up to the governmental leaders, workers, youth and popular movements to decide on the correct path to the realization of revolutionary liberation and unification.