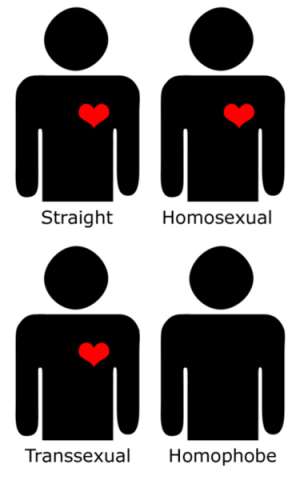 If anyone should encourage discrimination against a section of Ghanaians, the last to be expected should be Mr. Moses Fo-Amoaning. Not only is a lawyer of some reputation, but he is also an Albino. A condition regarded in many African villages as cursed by the gods; hence, kids who are albinos are either disposed off by their parents or killed at birth.

Moses Foh-Amoaning's time will be better spent advocating for the poor albino kids who suffer discrimination and bullying from their peers and community because of their condition than calling for a fight against others whose only crime is that they had sex in a manner that Mr. Foh-Amoaning's religion disapprove. All Ghanaians should not be expected to conform to religious dictate. Ghana is a democracy, and not theocracy.

Besides, the onus should be on Mr. Foh-Amoaning to tell Ghanaians the force responsible for changing the sexuality of his fellow citizens to gays, lesbian and transexual. Or for once, shut up and allow fellows citizens to enjoy their rights as citizens who happen to be different from his sexual orientation.

Just as Mr. Foh-Amoaning's albinism did not prevent him from freely enjoying his citizenship rights without discrimination or bullying, and he freely goes about his legal practice without any prejudice. We are of the firm belief that the same right should apply to fellow Ghanaians who happen to have a different sexual preference from his own. The legal principle of equality must apply in this case. Injustice against one of us is injustice against all of us.

What kind of resistance does Mr. Moses Foh-Amoaning expect the Christian Council and other religious bodies to put up? Should they call on their members to go on a rampage lynching anyone suspected of being gay or lesbian or transexual? Or Is he advocating that government round up all people suspected to be homosexual and imprison them? What benefit will such an action fetch him and the religious folks who are so opposed to people lesbians or gay? Or Is it shear callousness and disrespect for other's humanity, privacy and dignity? Your guess is as good as mine.

When the debate of homosexuality became public in Ghana, there were those who took to the internet to pour venom, advocate violence and disrespect on guys and lesbian. Other used social media website like Facebook to do same. They were warned and informed that gays, lesbian and transexual, like blacks and other minorities, have people advocating for their rights particularly in Western countries. Governments of the the United States and Britain, in wake of what happened in Zambia, started calling on their Ghanaian counterparts to advocate restrain on this issue. The Ghanaian government under President Mills pushed back.

Having realized there was little they could in African countries, Western governments then decided to use their diplomatic mission to refuse visas to those who are openly hostile to gays, lesbian, transgendered people and other minorities and have called for violence against them online.

These government have enough bigots in their respective countries. They can't afford to invite even more bigots from Africa or else where. We don't fault them for the decision. If there is an individual or a group of individuals opposed to a minority group and have advocated violence on them, I will urge the Ghanaian government to refuse them visas should they apply to come to Ghana.

The forces of homosexuality that Mr. Moses Foh-Amoaning is referring are Guy and Lesbian rights advocate in Western countries who have had enough of bigotry, discrimination and disrespect. They, like the civil rights movements of the 1960s, have resorted to using their political influence in several countries to effect change in government policy and public opinion on lesbians, gays and transgendered people. They are not some evil forces trying to promote homosexuality everywhere in the world as the frenzy in Ghana seem to suggest. No one promoted homosexuality in Ghana before we started hearing of them in our secondary schools and universities.

Even if the government's position is the case, how would it enforce such a law? Is the government going to mount surveillance cameras in every Ghanaian bedroom or ask the police to monitor sex in Ghana? Such demand will be oppressive, creepy, waste of police resources. Besides in a democratic society, the state have no place in private bedrooms of citizens. Sex is between two consenting adults and the way they choose to exercise it is no one's business.

In the future the Supreme Court of Ghana would have to take up this issue and settle it once and for all. In many countries, including Canada where we are currently domicile, it is the courts and not politicians who put this matter to rest. Evidence, and not conjecture, wins in court. It is our hope that one day Foh-Amoaning and his religious theocrats would have a day in court to prove why homosexuality is a threat to them and why they think someone's private sex life should be the subject of state control,

Finally, the religious folks who are frantically trying to impose their religious views and claim moral superiority over others should be careful. There are several instances where the so-called “morally superior” religious zealots are the pedophiles and the sexual perverts in society. There are ample enough evidence to suggest that the more one is opposed to homosexuality, the more likely is it that they are in denial of their own homosexual instincts.

A study at the University of Georgia found that people who are homophobic are more likely to watch gay pornography and engage in homosexual sex. A lot of the so-called men of God are caught with gay sex partners in United States, Canada and many European cities. If you want prove of this claim, please ask the Catholic Church.

The role of religion is to promote the message of peace and of love, and not of discrimination, of hate, and of disrespect.