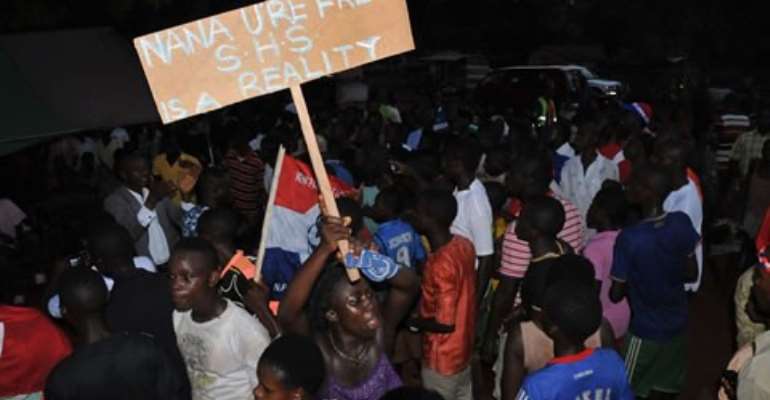 Chairman of the Electoral Commission (EC) Dr. KwadwoAfari-Gyan on 9th December announced the candidate of the ruling NDC- John Dramani Mahama President elect, having 5,574,761 votes representing 50.7% of the total votes cast ahead of the contenders in Ghana 2012 presidential race.

The victory of NDC and the loss of NPP have confirmed my earlier prediction as per reference to my articles published on Ghanaweb.com dated Friday, December 7 with the headlines “NPP SET TO LOSE GENERAL ELECTIONS” (Ref. Feature article column) and another article captioned in the www.modernghana.com(NDC News column) dated 3rd April 2012 entitled “NDC Germany predicts one touch victory for Prof. Mills” respectively.

Since the declaration of the results, NPP in their bid to divert public attention from their shameful defeat have resorted to falsehood and incitement of the youth of their party against the NDC, claiming the elections were rigged in favour of President John Mahama and the NDC.

Eventhough the latter fought a good battle and had all reasons to celebrate their victory, all has turned into fear and anxiety for Ghanaians, especially sympathizers of the ruling NDC.

This is because as “violent and undemocratic” as they are, the NPP have resorted to preventing NDC supporters from jubilating as they constantly pour attacks and assaults on anyone and anything that puts on NDC colours.

This demonstrates the real character of the New Patriotic party (NPP), which has a history of violence and ethnic segregation.

The NPP folks who were so sure of winning the elections without any campaign message apart from promising a free Senior High School education. Ghana has decided and the right choice has been made to show gratitude to the late president Mills-Mahama led administration for their tremendous achievements and delivery.

Meanwhile the disappointed and frustrated “All die Be die” party leaders are doing everything possible to redeem their image, organizing demonstrations and promising court action that is perhaps taking longer than one expected it to be. The earlier they concede defeat to retreat and get themselves prepared for 2016, the better.