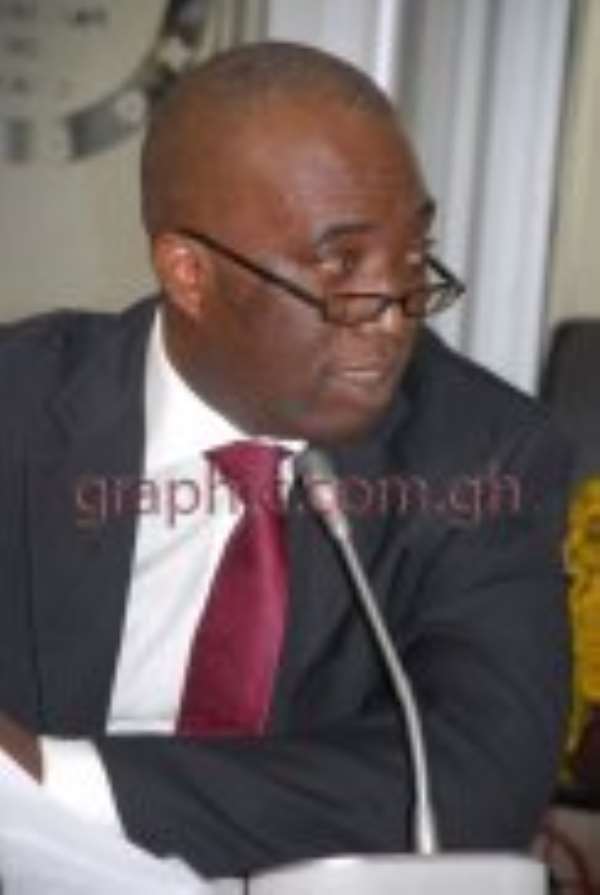 He questions why the current government has already paid an estimated $400,000 to the Spanish company when the matter is still pending in court.

The Appeals Court is scheduled to rule on an aspect of the case Friday.

Mr. Ghartey has been explaining the basis of a letter he wrote to the Finance Minister warning of dire financial consequences because of the illegal termination of the Isofoton contract by the Kufuor administration of which he was the AG.

His letter was Tuesday read extensively by a Deputy Information Minister Samuel Okudzeto Ablakwa as an indication of acceptance of liability by the Kufuor administration.

But Mr Ghartey told Joy News that conclusion drawn by the deputy minister was without basis.

He said that letter was written only on the basis of information available to him.

“It was pointed out to me by the Chief of Staff and Minister for Presidential Affairs Mr Kwadwo Mpiani that …at the time I wrote the letter, there was some information that was not available to me and the information that was not available to me was that after a company has qualified under this grant, there was a further requirement for qualification by the Spanish government; in addition to us qualifying the person, the person must also be qualified by the Spanish government; this was brought to my attention and, therefore, my view changed,” he stated.

The former AG insisted his letter was only an opinion expressed by a lawyer to his client which was inadmissible in court and that flagging that letter as if it was a judgment of a court was mind-boggling.

He said the fact that despite his view, the government is in court was an indication that the government was of the view that it did not owe Isofoton any money.

Mr Ghartey said it was bizarre that whilst the government was in court probably challenging the claims of the company, it had paid some money to the Spanish firm.

A Deputy Information Minister, Mr James Agyenim-Boateng has confirmed former Attorney-General Martin Amidu reacting to the claims of the company brought an action at the court challenging the legibility of the contract between the government of Ghana and ISOFOTON.

He said even though the state lost that case, the AG filed an appeal which is yet to be determined.

Meanwhile the government in 2010 is reported to have paid some $400,000 to Isofoton and Mr Ghartey says that must be investigated.

Mr Ablakwa Tuesday told journalists Mr Kwadwo Mpiani had caused a judgment by wrongfully terminating a contract against advice by the then AG and Deputy Agric Minister Clement Elady.

The contract was for the execution of the rural solar electrification project and the Agric Minister had contracted Isofoton to undertake the project.

The deputy Information Minister accused the former Chief of Staff of acting improperly by abrogating the contract and creating a $1.3 million liability for the state.

He said, “As we speak Isofoton SA has garnisheed the Ministry of Agric’s account, a particular account which has to do with our partnership government on tractors.”