A God-given Right to Madness 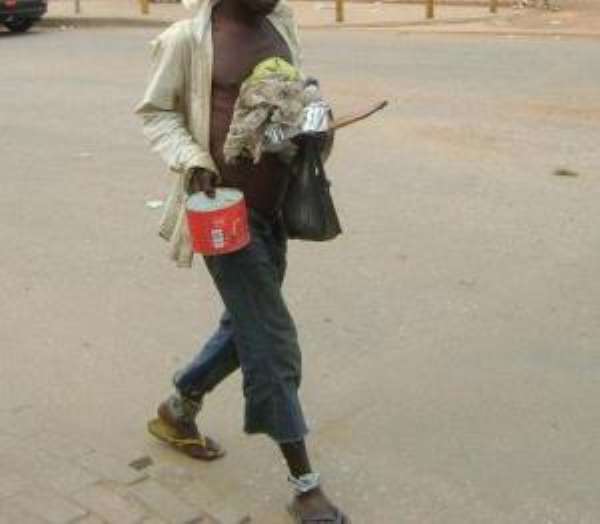 You're looking at this man and thinking: 'Oh, why is he naked? Why is he so dirty? …and why is he marching up and down?' He is probably looking at you thinking: 'Poor girl, why is she staring? Why is she in rags? She has never seen a soldier command the Ghana Armed Forces?'

You think you are nicely dressed, in your office (or wherever you think you are), typing at something you call a keyboard and staring at a screen on what you think is a webpage called whatever.com. In reality, some kids may be probably gathered around you asking: 'Why is she sitting comfortably by that smelly gutter? Why is she hitting her fingers at that piece of stone? Why is she staring at that piece of wood and smiling all to herself?'

I believe madness is a vector quantity – it has magnitude and direction (and I don't really care what the psychologists say). I believe whom you may refer to as a madman does not think, or even know, or would even agree, that he is mad. And I believe WE ARE ALL MAD. It is just the degree, and direction, of madness that differ.

I don't care whether you are in the street, or in the castle; we are all, simply, mad. Someone's madness dwells in money. Others' still dwells in poverty. Some people are mad when they are angry; others, when they are in love, or jealous. It comes and goes, to different people at different times, at varying degrees, in different forms/directions.

Someone's madness is CLASS. He thinks himself: 'I have been to so-so-and-so school/university,' studied with whatever degree in whatever programme he might have read. He thinks he earns this much money per whatever period, and that gives him a particular class above others. Therefore, he does not mingle with people of a perceived lower class. This is not 'class'. Believe me, it is only another form of MADNESS.

According to your mind, he is naked, dirty and talking to himself, in his mind he wears a very expensive suit, rides in a limo and pity's you 'poor people in rags with not so much as for feeding'. So you see, whom you are calling a madman is probably the happiest person you would ever see/meet.

The question I never stop asking when someone talks about madness is: Who is mad?, better still: WHO ISN'T MAD?

What defines madness? Talking to yourself? I have done that a number of times – I still do. I dance when I think no one is watching, sometimes without music.

We all have a God-given right to be, or act, mad sometimes. As far as I am concerned, madness is just another world to live in; possibly a better world.