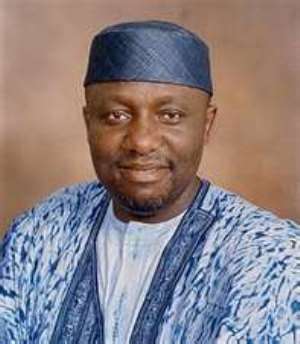 Fellow concerned Nigerians, whose pain I share with visa-versa, I address you all under compulsion as a patriotic citizen of the federal Republic of Nigeria with agony of helplessness and deep sense of responsibility. The aches from my tears of sorrow are uncontrollably wetting my lips to tremble because the answers to my many questions about Nigeria seem very far to reach.

And with this at the back of my mind, if what was credited to Chief Rochas Okorocha, the governor of Imo state, in the media that the killing of the Igbos in Kano was a fabricated story should be true, then, it is very unfortunate. These were the words of Okorocha as described and quoted by Champion newspaper, “Okorocha told Governor Rabiu Kwankwaso that he was personally disturbed at the rate of phone calls and text messages that were sent to the east that many souls of Igbo people were killed in the multiple bomb blasts of Kano which necessitated his visit to see for himself. The Imo governor noted that on his arrival he went to Sabon Gari where many of his people live, 'but after going round and meeting with virtually everybody all of them denied that the story of killings of Igbo people were cooked for unknown reason, as such they are baseless and unfounded' He said already he had directed that all those that have started running away to stay behind as there was no basis for their leaving Kano …” This declaration is unacceptable when you remember the number of Igbos that were reported by Nigerian newspapers to have been murdered in that very particular bomb blast. This statement is disappointingly full of hopelessness for those Imolites that are still alive in Kano and had nursed the notion that their amiable governor would be magnanimous enough to understand the precarious danger they were in and rescue them from roaring lions. Alas! They have misconceived and must be disillusioned. In custom to traditions, it was very painful to see the agonizing faces of those bereaved families wailing in sorrow beside the graves of their departed ones in mark of respects to their final and untimely journey beyond. And Okorocha captured all this pitiful moments but yet decided to play politics with the emotions of the people by telling those affected to close their mouths and clean their crocodile tears because they were all fabricated deaths and burials.

I know that Okorocha has always been a political show man that likes playing to the gallery for accolades which turned him to an occasional traffic controller in Owerri and an economics teacher in the secondary schools as if he had had less works in the office. Because Okorocha is dreaming of the president seat of Nigeria, he has already started playing the dirty politics now with the lives of the Igbos annoyingly. Okorocha went to Kano to smoothen his presidential ambition and not on a mission of finding out the situation of the Igbos as he claimed. Here are the words of Ohaneze Ndigbo Chairman in Kano state Chief Tobias Idika refuting the claim of Okocha, “He came for his own political business. He did not come to see Ndigbo. He did not set foot in the community […] We have evidence of 55 dead Igbos – there names and their corpses …” According to information reaching me, Okorocha is scheming to remain the governor of Imo state in 2015 and then to contest the presidential election in 2019, and based on that he would not like to be seen as a tribalist. Hence, after meeting Governor Rabiu Kwankwaso, he ate 'Suya' and chewed 'Gworo' and made such regrettable proclamation because his families are not involved. Okorocha is a Nigerian and after being a governor he should be over qualified to aspire for the seat in Aso Rock but not deceptively by the way he did. We must be honest at all times and criticise objectively, Chief Rochas Okorocha is doing well in Imo state. But that is not the purpose of this article, but his statement in Kano. I like Okorocha as a philanthropist that is putting smiles on the faces of the people but a square peg must be put in a round hole.

Because everything about the Igbos has been politicised in Nigeria to the extent that whenever an Igbo man stands up against injustice meted to a fellow Igbo which ordinarily the person would still have done if it had happened to a Benue man etc., the person is immediately branded a tribalist. Why do Igbo politicians allow themselves to be boxed into this state of shading away from the Igbo course or not openly identifying themselves with Igbo problems like other elites from other tribes? Is the civil war not over? Does it mean that every Igbo elite that speaks about injustice against Ndigbo wants secession, therefore has got no political future at the federal level? And obviously it was because of this mindset that Okorocha had told such a blatant lie about the dead Igbos for his presidential ideas to be accepted in the north as a nationalist or a patriot. It was exactly the same frame of mind that made Chief Jim Nwobodo in 1999 during PDP primaries in Jos to address the congregation in Hausa language without using Igbo language, but he forgot that he has been condemned irredeemably beyond his redemption to remain Igbo man till eternity. It is equally the same reason that makes the Igbo elites to abandon the harmless Igbo youths who are MOSSOB members to indiscriminate arrest and imprisonment in the hands of the authorities when the Hausa and Yoruba elites etc. never stopped protecting their youths under any forum. What is wrong with Igbos?

Okorocha should know that he is not more patriotic than some of us therefore he should call a spade a spade for all of us to have the desired atmosphere. It would be recalled that I had earlier supported Okorocha's government through one of my articles titled “Igbo president may be the first president to be impeached in Nigeria,” you can Google it. In that article I equally pointed out few things that were against ethics and norms of democracy and advised Okorocha from my point of view. In the same manner I advise him again to concentrate on giving Imolites dividend of democracy because his performance will catapult him to any height and should not get himself distracted with the presidential idea like the way he is going about it now. I equally advise him to beware of those green snakes in green grass that are in his cabinet. A late political juggernaut K.O Mbadiwe described them as a “political Edi Abali” (those that will be with you in the afternoon but in the night they move with their lanterns to your political enemies), they are very dangerous and be wary of them because they will betray you like they betrayed Chief Ikedi Ohakim. Rochas, this “political Edi Abali's” are advising you to failure therefore, ignore them to save your political life and please as a temporarily safety measure send a rescue team to the north immediately and evacuate those Imolites that are willing to come back but are trapped financially or otherwise. In the same manner I advice all the eastern and south south governors to take politics out of this issue because life is very precious and save the lives of their indigenes because they are the primary targets.

The killings of the Christians in the north are ungodly, barbaric, and senseless and must stop now. Every honest Nigerian must rise in condemnation of this evil. Irrespective of tribe or religion it will always be beneficiary that we in unison at all times condemn wickedness whether it was meted to Yorubas, Hausas, Igbos or Efiks etc. for peace and tranquillity.

The Igbo people can survive in any place as long as life exist there because they are hard working and that is why they are welcomed and loved by many anywhere they go to. And because of their nature of openness, hospitality, friendliness and intelligence, thus, you find them in every part of Nigeria developing. They are the true symbol of one unity and as such the emblem of Nigeria is under threat again. Please Nigerians, this iniquity in the name of ethnic or religious killings must by all means be halted now before it escalates because no tribe, religion or group has got a monopoly of killing.

While I commiserate with the bereaved families and pray that God grants them fortitude to bear the loss, may the souls of the departed victims rest in peace, Amen.

My last respect for a brave man who saw tomorrow, the lion that guided his people, Eze Igbo gburugburu, the Ikemba of Nnewi, Colonel Emeka Odimegwu Ojukwu, Ijele Ndigbo, rest in peace until we see to part no more. Adieu!