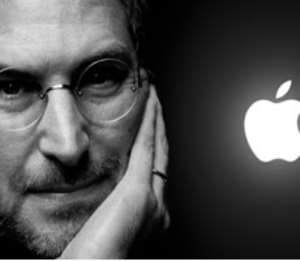 News Corp. (NWS), a ship that leaks from the top, reports through AllThingsD that Apple (AAPL) has scheduled "an important — but not large-scale" New York City event in late January headlined by Eddy Cue, Apple's senior vice president for Internet software and services.

I'm having a hard time getting as excited about this as Kara Swisher seems to be, given that Cue's last public appearance in the city was for the February 2011 launch of Rupert Murdoch's The Daily, the iPad-only publication that has failed every benchmark for success Murdoch laid down that day. (See here and here.)

According to TechCrunch's Alexia Tsotsis, the January event will involve no hardware announcements but will focus instead on the publishing industry -- perhaps with an overhaul of Apple's largely unpopulated Newsstand or a tweak of iBookstore, which nearly two years after launch still doesn't offer anywhere near as many titles as Amazon's (AMZN) Kindle bookstore.

But Brian S Hall has an idea that could spice up an otherwise lackluster press conference: Some kind of joint venture with Bloomberg's financial publishing empire. "Consider the possibilities," he writes, "of an Apple - Bloomberg tie-up."

Apple can instantly and probably significantly grow their iPad business. Those Wall Street guys and rich Hong Kong expats and other Bloomberg customers will absolutely want to show their real-time Bloomberg data on their iPad.

And they can begin placing financial data on Macs with those sweet big screens instead of Bloomberg terminals. Even now, banks and other financial institutions can afford the Apple margins. Fact is, Bloomberg's 'closed' terminal model probably won't last forever. Placing 'locked' Bloomberg data on the tightly controlled Apple system may be the perfect answer. Plus, on an Apple device, odds are that in a short period, the many functions of a Bloomberg terminal that are locked away because no one understands how to fully leverage them, will be liberated by Apple UI magicians, making the data and views even more important....

Bloomberg has captured billions of dollars for a high-margin premium content market. Numbers, video, analysis, real-time. He and his company have aggregated data, sliced it, reviewed it, analyzed it, filmed it, recorded it, packaged it. They are a model for how all content can be created, combined, cut and sold. This belongs on a similarly high-margin, best-of-breed device. Combining the two will take Apple into the enterprise, all over the world, and will usher in the Bloomberg model for all premium content. Plus, Apple can make all that Bloomberg offers truly mobile and potentially universally available.

How cool would that be?

Hottest Photo Reports
Catch up with all the political quotes from our politicians.
Advertise here
More Technology
ModernGhana Links
Amazing features of the TECNO SPARK 8P and why you should own one
Tecno unveils the latest Spark Series - The Tecno Spark 8
Technology – Our Role in Ensuring Our Data Safety and Privacy
TECNO Mobile opens pre-order for spark 8 series
Think Before You Click: The cyber-safety rule
IIPGH organizes cybersecurity workshop for selected security officers
African 8x8 Warrior Conquers Harshest Conditions Of Central Asia
Embrace the future with digitization — African youth urged
Social Engineering as A Business Risk
TOP STORIES