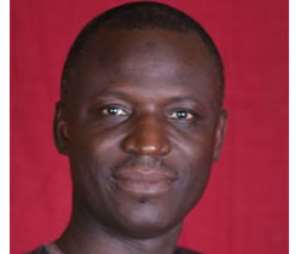 Current statistics indicate that the rate of delivery of housing stands at 40,000 housing units per year and if the nation should reduce the deficit them the conventional methods of building should be shifted to technologies that will facilitate delivery of houses at a faster rate.

Dr. Ahmed made the call at an investment forum held in Cape Coast on salt production and real estate development under the theme, “Harnessing the potentials of the salt industry and attracting private investments into the housing industry of the Central Region” .

The forum, which was organized by the Central Region Development Commission (CEDECOM), was attended by about 100 participants drawn from the Ministries, the private sector, MDAs, MMDAs, financial institutions and the Traditional Council.

It is expected that the Real Estate Sector should be able to produce at a rate of 150,000 housing units per year for a period of ten years to bridge the housing gap in the country.

To address the issue, he noted, his Ministry had evolved measures to promote the use of technologies that were environmentally friendly and that will also give the nation quick returns.

It was also in the process of finalizing the National Housing Policy to address the challenges as well as provide adequate, safe, decent and low income affordable housing units that were accessible and affordable to the citizenry.

Other measures are the concept of creating land banks to assist real estate developers for easy acquisition of lands without going through any hustle, whilst the Government has also put in place a policy to increase the use of local building materials from 20 per cent to 60 per cent within a five-year period.

In the Region, the Minister hinted that a number of sites had been identified under the Ghana national Housing Project to be used for the construction of houses for both the Security Services and the general public.

The Central Regional Minister, Mrs. Ama Benyiwa-Doe said the current 3.7 million households with a growth rate of two per cent had been projected to hit six million by 2025, implying that 2.3million new households would be added.

"The Government in this direction has an enormous responsibility to adopt pragmatic measures and policies to reduce the housing deficit", she said, and tasked MDAs, MMDAs and other stakeholders to work in concert to woo investors into the Real Estate sector.

Dr. Anthony Ntsiful, Executive Director of CEDECOM said the forum was to afford prospective local and foreign investors the opportunity to take advantage of the investment climate in the Central Region to establish vibrant businesses which will create permanent and sustainable jobs for the youth and also reduce poverty.