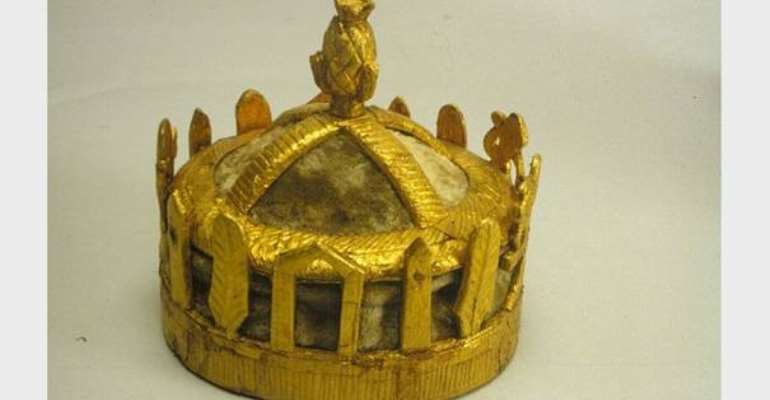 We were shocked to read the news that Rotterdam's Wereldmuseum (World Museum) is planning to sell its African and American collections to cover shortfalls made likely by the economic crisis in Europe and planned cuts in state subsidies to the arts in 2013. (1)

It is of course not our business to tell a museum how to conduct its affairs. Our concern is, however, the selling of African art objects that may have been looted, stolen or extorted during the colonial era. As we all know, the legal status of many African artefacts is still disputed by the African owners and the European museums that are holding them.

The idea of a museum selling African artefacts undermines all the arguments made for the acquisition and retention of African artefacts by European museums and other institutions. This form of commodification will make many African ancestors turn in their graves and wonder whether their descendants have any cultural values left intact after slavery and colonization.

The selling and buying of sacred and cultural objects of others has become the business of many, including museums. One recalls the shock and amazement of many when it became known that the British Museum had been in the habit of selling Benin artefacts for cash. (2)

Selling and buying art objects whose exact legal status is in doubt or contested constitutes risky business and those interested should be aware of this crucial factor that may cause trouble in future.

Can we assume that the museum would provide all potential buyers the full history of the possession of the objects proposed for sale? It is well known that museums are very reluctant to give detailed information on the acquisition history of African objects in their collections since most of them have been acquired either through violence or in circumstances that are dubious. It may be significant that the Netherlands adhered rather late on 17 July 2009 to the UNESCO 1970 Convention on the Means of Prohibiting and Preventing the Illicit Import, Export and Transfer of Ownership of Cultural Property. (3) Many museums may still not be inclined to abide by the conditions of the conventionas regards transparency.

African embassies in Europe may find it worthwhile to enter into contact with the Dutch museum to find out what objects are now being proposed for sale and to ensure that artefacts claimed by their peoples and governments are not included or better still, request that they are returned since the Wereldmuseum has now no use for these objects. They should reserve the rights of their peoples and governments to sue whoever buys objects that should have been returned to them long ago. The Wereldmuseum has some 9878 African objects of which 713 come from Angola, 68 from Cameroon, 199 from Ghana, 1134 from the Democratic Republic of Congo, 391 from Mali, 353 from Nigeria, including 204 from Benin http://www.wereldmuseum.nl/collectie/zoeken

The Dutch were in Africa for a considerable period of time and some of the artefacts in Dutch museums may be of historical value to African States. (4)

But can the Wereldmuseum continue to be a world museum without African and American collections? http://www.museum-security.org
3. http://portal.unesco.org
4. Some readers may recall that that the Dutch were in Africa for a long time. See “Ghanaian King's Head Returned by the Dutch” http://www.newstimeafrica.. The article relates the story of the return of the head of a Ghanaian king, Badu Bonsu II, of the Ahanta people, who was decapitated by the Dutch in retaliation for the killing of two Dutch officials. His head was kept for some 170 years in a Dutch museum at the Leiden University Medical Centre. How many more African heads are still in Dutch museums and has anybody bothered to explain how they were secured? Will that also b sold? Will the Dutch follow the Germans and agree to return some of the bodies of Africans taken to Europe for experiments or will they allow the spirits of the dead to roam around and disturb their descendants for failure to perform the customary rites? See K. Opoku, “Namibian Bones in European Museums: How long are the dead to remain unburied? Genocide with impunity. http://www.modernghana“. A History of Ghana, by W. E. F. Ward (George Allen and Unwin, London, 1967) has a good account of the Dutch presence in Ghana from 1598 to 1872 when they ceded their possessions to the British.

The Dutch had driven out the Portuguese from the Gold Coast in 1637 before they were in turn forced to cede their possessions to the British by treaty in 1872 and thus leave an area where many European countries had sought to secure foothold because of the gold resources in the land. See Albert van Dantzig, Forts and Castles of Ghana, (1980, Sedco Publishing Ltd, Accra) as well as Kwesi J. Anquandah, Castles and Forts of Ghana, (Ghana Museums and Monuments Board, Accra, 1999).