The Northern Problem and/or Burden Revisited 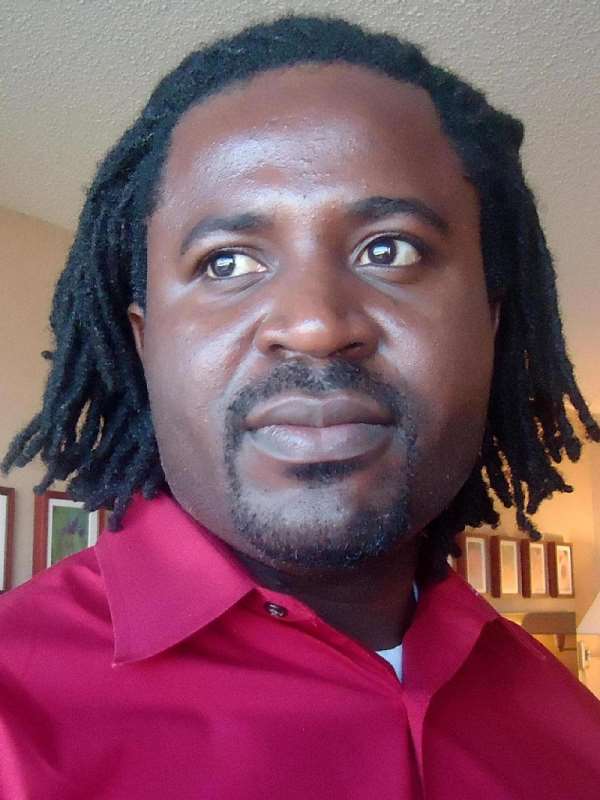 This write-up is a follow up of my previous article “The Northern Problem and/or Burden” which referenced the dilemma of northern Nigerian within the context of the United Nations of Nigeria. Interestingly, the said article generated some of the most positive viral response to date from our varying ethnicities with regards to my suppositions. The revisiting of that commentary serves as a platform to address recent speeches by Mallam Sanusi Lamido Sanusi the Governor of the Nigerian Central Bank, which this author respects for his decision to express his national concerns about the northern problems and/or burden in Nigeria. My admiration for the governor is predicated by his stances against excessive government fleecing and corruption by the syndicated Nigerian National Assembly which is headed by Senator David Mark (Senate President) and Mr. Oladimeji Bankole (Speaker of the House of Representative). I and others have been impressed by Mr. Sanusi, the member of the executive branch of government who called for the reduction in the absurdity of having 36 ministers (one from each state) in the federal government. The changes he has championed and brought to fruition within the Nigerian Banking system has also earned him kudos within the progressive community.

Notwithstanding his reformist credentials some of his contemporary utterances have been sequined with half-truths. Whereas people like Mr. Lamido Sanusi and Governor Dr. Babanigida Aliyu have decided to acknowledge and tackle the northern quandary, the reality is that white lies are inadequate to objectively proffer the required solutions. While he may be entitled to his own views and antecedents, he should not be allowed to spew out his own manufactured facts without some rebuttals. Indeed Mr. Dele Ogun in his article “Sanusi Lamido Sanusi's Question: Are we truly ready to develop and unite Nigeria?” challenged some of the pronouncements Mr. Sanusi made about his historical views of northern Nigerian integration. In borrowing one of the most comedic phrases offered by General Buhari's campaign in this chaotic electioneering season, I and others are willing to consciously poke our crooked fingers in Mr. Sanusi's aqua fresh mouth. Some of us and scientific research are in agreement that it might actually require some twisted instruments to get at the depth of plagues and cavities which is going to ensure real change.

Since the negotiations of Nigerian Independence in the 1950's the northern so-called elites or Northern Military Industrial Complex (NMIC) alias Army Arrangement have operated without the genuine interest of a nation state. When the late Chief Anthony Enahoro moved the motion for independence from our British colonial masters, it was soundly defeated by our northern brethren who staged a walkout albeit not due to national interest. Northern Nigerians have mainly operated from a non-Nigerian and African centric prism. Instead the northern so-called elites have fancied themselves as a cross between the British aristocracies and the Arabian crown-Princes. While mouthing off about Nigerian unity they have sworn alliances to the Organization of The Islamic Conference (OIC) and romanced the Arab league nation. Dictator (General) Buhari (ex-Head of state and current presidential aspirant) and Dictator (General) Ibrahim Babangida made sure they took all members (various nationalities, ethnicities, animist, Christians, poor Muslims, atheist etc) of the United Nations of Nigeria for the jolly ride at the OIC.

Some members of the northern elite cadre have refused to realize that they are black/brown African before they became practicing Sunni/Shiite Muslims, thus detaching themselves from their fellow sisters and brothers in the United Nations of Nigeria and by extension the black African communities. For example in other West African countries like Guinea, Gambia, Sierra Leone, and Senegal with large Muslim populations their primary identification is with Pan-African centricity. But in Nigeria this is not the norm; our Muslim elites have misinterpreted and exploited their rein of power which they derived from the British. They have used the same divide and conquer social engineering mechanism that was employed by England in the latter's quest to conquer the world. The northern elites have used political power and religion as tools to implement selfish agendas and enrich themselves while assuming lordship over the rest of the United Nations of Nigeria.

Furthermore, there is failure to come to terms with some historical facts that are self-evident. The northern elites who opposed the initial plans for independence would like to deny that political power was bequeath to them to maintain the colonial/imperialist interest of the British. In the northern elites the Brits could identity similar traits that were used at the outset to subjugate the Irish, Welch, and Scotts. The English as master strategist knew that it might be best to align with northern Nigerian elites who would have no empathy and guilt about the consequences of oil pollution, carcinogens, and environmental disasters in the Niger Delta. In 1956 when Shell Petroleum Company and British Petroleum discovered Black Gold at Oloibiri they knew that in order to maintain and improve their lifestyles in years to come they needed a ruthless partner among the United Nations of Nigeria. For example do we delude ourselves for a moment to think that the British taxpayers are the ones incurring the bills to pay for the royal family? The reality is that our petroleum royalties are footing part of those bills including that of the impending so-called royal wedding.

Interestingly, the willingness of the northern elites to do the biddings of the Europeans was central to their decision to support the Nigerian government during the war against the breakaway nation of Biafra. The northern elites have been closed off from the masses in Nigeria especially most middle income and impoverish northerners. Dissent and contrary opinions/beliefs are violently suppressed and not tolerated by the ruling northern elites. On the contrary as a teenager in southern Nigeria with Igbo and Ijaw roots, it was not unusual to see elders and youths in disagreement with the Eze. I once witnessed our king when he was refused entry into a compound where he went to pay final respect to a departed prince. No one was banished from the community, no one lost their life, and no threats were made in retaliation.

Sadly in the north this is not often the case as reprisals are commonplace and the solutions proffered to the poor by the northern elites are Sharia law and religious dogmas. Low income northerners are subjected to the wimps and caprice of religious figures that do not have the courage and decency to standup to the overly wealthy elites that have rundown the entire United Nations of Nigeria and have a vested interest in having conditions remain unchanged. For example so-called elites like our elder statesman Alhaji Adamu Ciroma have garnered enormous wealth while pretending to seek the interest of our regular brothers and sisters of northern Nigeria. Similarly, military and civilian governors of northern origins enriched themselves while allowing their populations to suffer from meningitis, polio, leprosy. Should we bother to mention the Pfizer gross misconduct in this equation?

However, instead of coming up with structural and economic solution to social problems, most things are viewed through the lens of coveting presidential power and religious fanaticism. Scapegoat tactics and strategies are deployed to manipulate the people, if the societal problems are not blamed on Western education, maybe it should be the Miss Universe pageant. An example of this is Boko Haram organizations who were allowed by the northern elites to organize and amass some impressive following, when they served their narrow ideological and political wishes. Although Ustaz Mohahammed Yusuf the founder of Boko Haram epitomizes terror, many have wondered why he was summarily executed after his capture by law enforcement officers. Why did Mr. Ustaz Yusuf not have his day in court? One wonders what revelation, criticisms, and indictments were covered up by that callous extrajudicial murder. Could it be that the elites of the north including our late president his Excellency Umaru Musa Yar'Adua was part of this plan to silence Mr. Yusuf.

Speaking of ex-presidents, Nnamdi Azikiwe the renowned Pan-Africanist who traveled the length and breadth of the segregated United States preaching Pan-Africanism received a rude awakening by the northern elites. Although President Azikiwe an ethnic Ibo was born in northern Nigeria and was in love with his birth place just like some of us, the northern oligarchs and politicians attempted to define him as an Igbo regional figure. In the case of President Olusegun Obasanjo who is now the most hated individual in northern Nigeria, the question begs, what has he done to deserve such venom? The ironic fact is that Dictator (General) Obasanjo who hails from western Nigeria has always been the water carrier for the northern elites. He has done their biddings including rigging Alhaji Shehu Musa Shagari to ascend unto the presidency in 1979 and practically installing Mr. Yar'Adua as the so-called fourth civilian president of Nigeria. Some have alleged that his most visceral crime against the northern elites was diversifying and decentralizing the military structures of Nigeria. These acts checkmated the ability of northern oligarchies who have histories of using the Nigerian military to conduct coup d'état that have produced a near failed state in the United Nations of Nigeria.

Though, I would like permission to reminiscence about some of the good old days and my journey to northern Nigeria. As young teenagers in secondary school some of us had the distinct honor of visiting the north. We saw the beautiful plateaus of Jos and spent a night at the bus terminal in route to the Yankari Game Reserve. Plateau State capital Jos which is known in contemporary times as a killing field and the bedrock of religious and ethnic conflicts was then a site to behold. The water falls/springs at Yankari in Bauchi State was very gorgeous. I fondly remember this trip because when my uninformed American friends ask me if I grew up with wildlife at my backyard, I recall that the second assigned safari ride of which I partook did not result in the desired outcomes. As a result I am able to tell my western friends of all ethnicities, who ask, that my first encounter with most wildlife creatures was actually at the Washington DC national zoo.

Unfortunately, the contrast between the northern Nigeria of yester years and present times are alarming. Young corpers (university graduates on national service) who are posted to the north from western, eastern, and southern states have either out rightly declined their postings or have sort exemptions from nation services. This is in lieu of the fact that indiscriminate riots and killings are unanimous with northern states and have continued unabated by local and federal authorities. How can we all unite and proudly call ourselves Nigerians when the overt and covert goals of some northern elites are to dominate others. Citizens of the United Nations of Nigeria are not guaranteed personal safety and protection of properties. Those who have primary residency in the north outside their nationalities are routinely discriminated against and subjected to mass murders. How can we organize credible election when the northern elites and their partners from other ethnic groups are preoccupied with draining the national resources, corruption, and impunity? We claim to be the giant of Africa but lack the logistics, morality, and political will to ensure impartial elections. As an alternative to rehabilitating the image of the northern elites, Mr. Lamido Sanusi should do some more soul searching so that he can better address the figurative big elephant in the room. We should also encourage our brother to dig out some of the secrets/corpses concerning the whereabouts of our monies within this political dispensation.