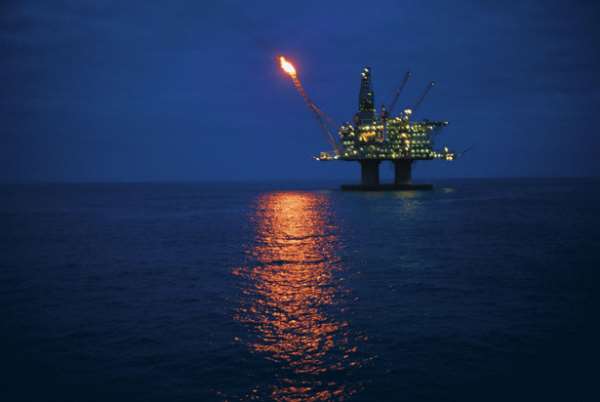 The current debate is whether Ghana has the capacity to manage its oil revenue astutely. Sceptics within the oil industry believe the oil revenue would be mismanaged just like the revenues from cocoa and other extractive minerals. These doubters have examples to support their arguments. For instance, they argued that in the 1970s a Ghanaian shipload of cocoa grains destined for a buyer abroad allegedly did not get to its destination. It vanished on the high seas without a trace. Neither the ship nor its content was accounted for by the authorities at the time. In addition, Ghana is known to have one of the largest gold mines in the world. Gold represented 34% of the Ghana's exports (12% of GDP) in 2000-2003. (www.eiti.org/Ghana). Again, a report published by Reuters Television in 2009 showed that Ghana produces 14% of the total production of the world's cocoa. However, the wealth created from these foreign exchange earners do not reflect in the lives of the ordinary people and the infrastructural development in the country is awful. The question then is would Ghana's oil revenue be managed prudently compared to revenue from cocoa or gold?

The question is a very tricky one albeit, the motivating news is Ghana National Petroleum Corporation (GNPC) is an efficient organisation with the capabilities of managing the oil revenue astutely. For decades now, GNPC has proved it had the resources and capabilities that are superior to those of its competitors in the West African sub region (Porter 1985). In addition, GNPC had been successful in matching its resources with oil exploration activities to the environment in which it operates (Johnson and Scholes (2002). Since its formation, GNPC had focused on its core business, which is oil exploration. However, in order to realise this objective it diversified its activities to generate additional income to fund oil exploration. It went into gold mining and cocoa farming. Currently GNPC owns 90% stake in Prestea Sankofa Gold Limited after its partners SAMAX Gold Resource ceded its interest. (www.gnpcghana.com).

GNPC strategically went into oil production in addition to exploration in the 1990s to generate revenue. It acquired oilrigs and oil vessels at a time when Ghana has no oil. Oilrigs such as North Sea Pioneer, K/S Asterie, Chaparral, D511 etc formed part of GNPC marine assets. The North Sea Pioneer was involved in exploration activities at the Tano oilfield and K/S Asterie and others were into oil production in Gabon and Angola. GNPC generated US$14.6 million by hiring D511 to Transocean to drill in Mexico. Some critics questioned the rational behind GNPC acquiring oilrigs and other marine assets at the time Ghana had no oil. The top management of GNPC at the time were vilified for not being risk averse. The point is although GNPC made losses in the oil production business the one most important fact is it trained local experts in the field.

Overall GNPC has record of accomplishment and have proven in the past that it has the capability to manage the oil revenue in Ghana. The handling of the oil revenue should therefore be left in the capable hands of experts of GNPC. It has the existing structures and personnel in place to take prudent investment decisions with the oil revenue. These experts had already exhibited their skills and ability to get very good contract deals for Ghanaians. A case in point is the participatory interest Ghana has in the oil fields. Oil exploration companies are known to offer up to 10% shares in any oil discovered particularly in developing countries. This notwithstanding GNPC had been able to increase Ghana's initial 10% participatory interest to 13.7% by acquiring 3.7% interest in the Jubilee Fields. Experts believe this figure could rise to 15% in the near future due to more acquisitions. Due to the diligence of the professionals at GNPC, some analysts believe royalty deals with the oil exploration companies could take Ghana's stake in the oil to 50%. Furthermore, in attempt to increase Ghana's stake in the oil fields GNPC together with Chinese oil giant (CNOOC) made a joint $5 billion bid for the oilfields. This offer according to Reuters was higher than a bid of $4 billion from Exxon Mobil for Kosmos Energy LLC's assets (Reuters). Though the deal did not go through GNPC is on the alert to buy out more stakes in the oil field.

In additional to the above, under the Ministry of Energy's guidelines all oil and affiliate companies wanting to do business in the oil industry in Ghana, has to register and apply for permit from GNPC. Companies could pay about $3000 registration fees to operate in the industry. Currently there are approximately 400 such companies, which have registered with GNPC. This means GNPC would generate some funds from these registering fees. Income from registration fees and permit is likely to increase because more companies would register as the oil sector expands. Charging registration fee is a creditable idea because it would not only generate extra income but also help in regulating the industry.

GNPC I must say has gained a lot of experience from working in close collaboration with Petrobras of Brazil, Statoil of Norway, Petro-Canada International and Nigeria National Petroleum Corporation (NNPC). Petrobras of Brazil for example is the fourth biggest oil energy company in the world and eighth biggest global company in market value of $164.8 billion. (www.pertobras.com.br). A further positive point is GNPC for the past few years had worked with the investment bank, Morgan and Stanley. It therefore had sufficient idea on how to invest the oil revenue in projects with positive NPVs. According a GNPC press released in 30 June 2009 GNPC engaged Morgan Stanley 2009 as its financial adviser to handle the offshore oil and gas assets of the country.

Finally, Ghana has achieved compliance with Extractive Industries Transparency Initiative (EITI) in October 2010. It means Ghana has to abide by EITI principle of accountability and transparency by publishing revenue streams and expenditure on oil on regular basis to the public. This action could cut down underhand dealings in the oil industry to a large degree. EITI is the worldwide benchmark for better transparency in the oil, gas and mining sectors. Its Secretariat is based in Oslo Norway. In order for a country to achieve compliant status with EITI, it has to complete a rigorous, independent assessment of disclosure and reporting practices. (www.eiti.org).

Concisely GNPC has the capability to manage the oil revenue sufficiently. There is no need creating a rival organisation to GNPC, which has been in the oil business for decades. So far, the management at GNPC is doing a great job. They seek the best interest of Ghanaians. What the government needs to do is to strengthen the existing structures at GNPC by passing very good legislations that would make GNPC more vibrant.