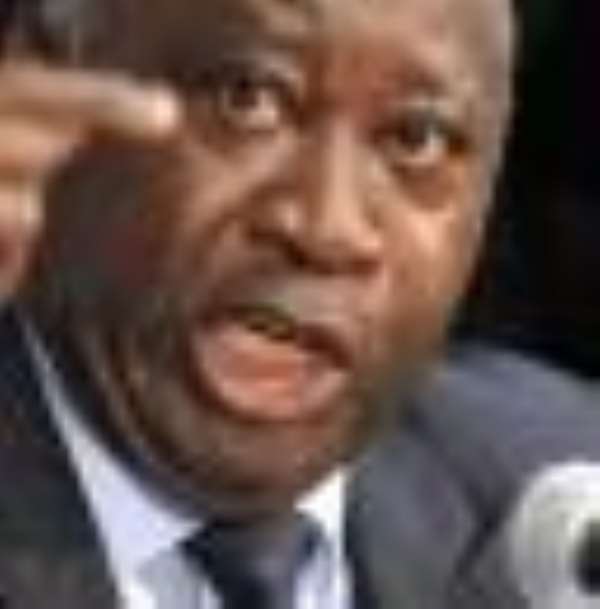 The power struggle has captured the West African country, around 14,000 people are on the run. The neighbour countries are now trying to negotiate, the organisation of West African States is threatening to legitimate violence.

The people of Ivory Coast say "We are now living only from day to day" because of the power intoxicated Laurent Gbagbo's strange "white whisper" which has now resulted to unrest in Ivory Coast. We are therefore calling for a general strike.

In Abidjan the call was more than clear. After a marathon session, the Organization of West African States (ECOWAS) called on the self-declared President Laurent Gbagbo, he should immediately recognize his election defeat and pass the state affairs to his chosen successor, Alassane Ouattara. In the event of a failure, there will be a "non-negotiable" demand, through the use of "legitimate violence", threatened the three African Presidents.

The three emissaries of African States - the presidents of Benin, Cape Verde and Sierra Leone, will deliver the ultimatum to Gbagbo in Abidjan. This mission is more symbolic and last attempt at an amicable solution. The question is whether Gbagbo will be ready to receive the three African Presidents as emissaries.

Meanwhile, 14,000 citizens of Ivory Coast, according to the information from the UN High Commissioner for Refugees have fled through the porous border to Liberia. The people, especially women and children spent some days, marching to Liberia. Many of them had fallen ill there. There were more cases of malnutrition for the children and they are still afraid as castaways to be provided with enough food.

Gbagbo in turn let the deadline of West African States immediately answered by his government spokesperson Don Mello Ahoua with the unbridled threat with military action which could certainly result in a civil. Don Mello spoke of a "Western conspiracy led by France, the former colonial power, and he pointed out that in the immigration country Ivory Coast lived millions of citizens from other West African countries. A military action would inflame inevitably patriotism of our people, he threatened.

The newly appointed "Minister for Youth, Ble Goude, who had instigated as "General of the street", currently held meetings with the "Young Patriots" in all districts of Abidjan, during which he called for "patriotic defence of the sovereignty of the country" and to boycott the UN peacekeeping force. He has called for a demonstration in central Abidjan.

Ouattaras supporters are also planning a counter-rally in a different place.

Gbagbo is now driven by sanctions of the European Union and the United States into a corner. He, his two wives, the hard liners in his party, the administration and the military are busy with travel restrictions. Their foreign bank accounts are frozen and his ambassador will not be accepted. The World Bank and International Monetary Fund have suspended cooperation with Gbagbo.

It must not be forgotten that the threat of economic bankruptcy in Ivory Coast, the largest cocoa producer in the world could have a dramatic consequences for the neighbouring states.

In addition, Gbagbo's image is tarnished because of the cruel operations of his military and foreign militias against the civilian population in Ivory Coast. As the UN Human Rights Commission confirmed there has been at least 173 deaths, 90 cases of torture and a total of 471 arbitrary arrests, including many disappearances to unknown locations. A UN spokesman in Abidjan said his organization was forcibly prevented from inspecting a site near Abidjan, where a mass grave was allegedly discovered.