CAN MILLS’ PHOTO ON THE TEA CUP COUGH FRESH CEDIS FOR THE POOR SCHOOLS? 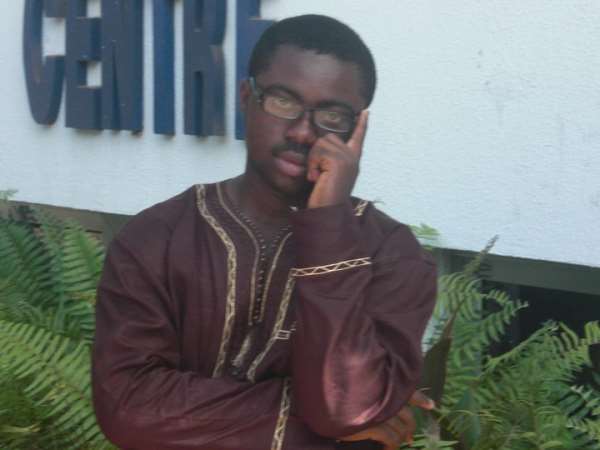 If educations across Africa are to battle the lanky legged and unmusical Mr. Ghanaian education, it will certainly be an understatement to suppose that, the later will slash off by half, the record time of the world's swiftest man, to cling the accolade of the third world's most endangered education. Every Ghanaian today, will without an iota of doubt admit that the educational stature of Ghana is gradually becoming similar to her fragile political posture.

The rejected voice of the citizens
Although very intelligent people have added their voice to the current educational milieu, all seemed to have fallen on death ears. For in this country, God's own powerful apostles of sagacity place no premium on the knowledge of experts. 'To hell' they will yell at any suggestion and see it as a political manipulation against their hard- worn thrones. To some, what Ghana needs is a strong and autonomous institution that will oversee her education. Education should be water-tight and free from political interference. The criticality of education to a country like Ghana lies in the fact that it is most important currency in our match to development. For as James Garfield (1880) puts it, “Next in importance to freedom and justice is popular education, without which neither freedom nor justice can be permanently maintained”. To others, the current educational crisis that Ghana finds herself is a pure reflection of Obama's observation on his visit to this country last year. Hear him: “In the 21st century, capable, reliable and transparent institutions are the key to success - strong parliaments and honest police forces; independent judges and journalists; a vibrant private sector and civil society…Africa does not need strong men. Africa needs strong institutions”. Ghana needs strong and binding labor laws to prevent the kind of strikes we see now. If these institutions were robust enough, the president need not to be directly involved in most industrial muddles.

The poor schools
In this era where congestion has no place even in the tomb, students in our basic and senior high schools are facing the ordeal similar to that of our slave parents. Unquestionably, this malfeasance is traceable to the door steps of our political actors who truncate projects and policies as well as take hasty decisions without subjecting it to thorough research. Although the millennium development goals targets education for all by 2015, that does not guarantee that quality education be relegated to the background. Sadly, in Ghana, quality education has being given off. The building of temporary wooden structures not very decent to abolish shift system in basic public schools is in stark contrast to the 1966 UNESCO policy framework on education: 'Classroom size should be such as to permit the teacher to give the pupils individual attention. School buildings should be safe and attractive ion overall design and functional in layout. The best thing to have done is to have employed gradualism while attending to the material needs of these students as well as the welfare of their teachers. The directive to convert assembly halls into classrooms is heart –aching and very unwelcomed. The hassle and tussle that we are subjecting our students to, is nothing than a denial of their right to education through such cruel punishment. Quality education is the most crucial.

It is very sad that, Ghana lacks a fair policy that will lead her into attaining a solution tailored education that will churn the human capital base that the country needs so critically at this point in history. No wonder Polytechnic teachers are still on strike as we drag their concerns left, right, centre and circumference. What Ghana can talk of is political parties' policies laced with sinister ideological elements that sweep out a divergent political doctrine irrespective of its national gains. The absence of infrastructure at the senior high level and the resultant torturing of the academic calendar are traceable to the door steps of the leaders whom the people in this country entrusted their destinies. When the Committee of Heads of Assisted Secondary Schools (CHASS) suggested that days for re-opening be extended, it became another trouble. But now we can all see for ourselves the current problem on our educational front. Even the person whose ears are so allergic to the educational swing can testify of the pressure and cruelty parents and their wards are being subjected to. This is exactly, the bitter bile in our democratic soup which we all need to fight against collectively, as a people. Ask the minister of Education whether there is no problem, and the answer will be in the affirmative. This is what makes me sick. When will our leaders be honest and say things just like they are?

Mills on the tea cup
In the midst of our current woes, arises the directive from the guards of our purse to share free cups with the embossed image of the president to pupils in the primary schools at such a critical point in the life of our education. This met different reactions. To some, the intent of the project is problematic- to make students know who their president is, although there is other cost effective methods of impacting such knowledge. To others it is a subliminal campaign strategy for the ruling government, by using the psychological and public relation weapon of transference to stimulate sympathy for the president in the next general election in 2012. To me it that simple question for the court of public opinion: 'Can Mills' photo on the tea cup cough fresh cedis for the poor schools?'

2020 Election Petition was about EC Chair’s declaration; not...
20 minutes ago