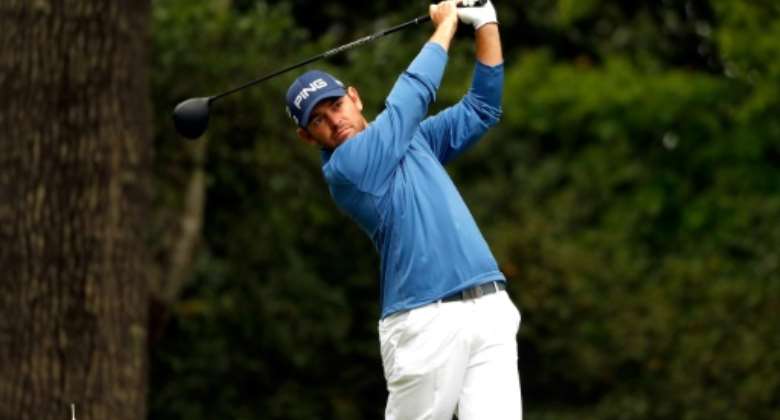 In a statement issued by his British-based management company, 2010 British Open champion Oosthuizen said he had informed South Africa's Olympic committee of his decision after not to compete at the Rio Olympics. By Kevin C. Cox (Getty/AFP/File)

London (AFP) - South Africa's Louis Oosthuizen followed fellow major winner Adam Scott in saying Thursday he will not compete at the Rio Olympics, fuelling the debate raging around golf's return to the Games after a 112-year absence.

In a statement issued by ISM, his British-based management company, 2010 British Open champion Oosthuizen, 33, said he had informed South Africa's Olympic committee of his decision after "long deliberations citing family and schedule issues".

"I have always represented South Africa with pride so I didn't make my decision without a great deal of thought," said Oosthuizen.

"I would like to wish our golfers and all other athletes competing in Brazil all the very best for success," he added.

Australia's Scott, who won the US Masters three years ago, made his announcement on Wednesday, saying: "My decision has been taken as a result of an extremely busy playing schedule around the time of the Olympics and other commitments, both personal and professional."

Scott's decision provoked an angry response from Australian swimming great Dawn Fraser, a triple Olympic 100 metre freestyle gold medallist, who said: "Well done Adam great to put your country on hold so that you can fulfil your own schedule."

But With golf already having four major tournaments annually -- the Masters, British Open, US Open and US PGA -- there are those who argue an Olympic gold medal is not the highest honour in the sport and, as such, it has no place in the Games.

This year the US PGA Championship has been moved forward and becomes July's second major, two weeks after the British Open, in a packed 2016 golf calendar.

"Scott is not the only marquee name who doesn't embrace the Olympic golf tournament being squeezed into a such a small window in July and August," wrote Jim McCabe on golfweek.com.

"Don't be surprised if you hear from another one or two."

Another comment piece on the USA TODAY website was headlined: "Adam Scott just showed why golf shouldn't be an Olympic sport."

"An Olympic gold medal should be the highest honour there is to win in the chosen sport. Anything less devalues the entire competition. That's not the case in golf," the column read.

Last week, another former major champion, Fiji's Vijay Singh, also announced he would skip the Olympics, citing concerns over an outbreak of the Zika virus in Brazil.

Bawku Conflict : NMC cautions against "weaponization" of med...
39 minutes ago