Health of Women is Indeed Our Precious Wealth 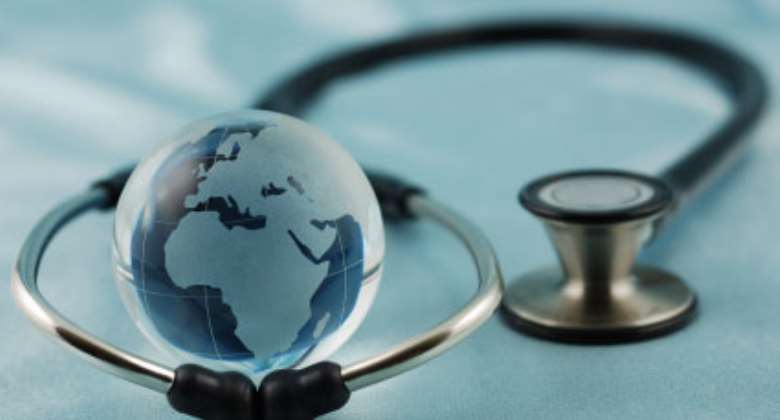 World Health Day (7 April)- On this year's World Health Day, let us focus on addressing issues that can improve health status of women. A wide array of socio-economic, cultural and gender-based inequalities continue to aggravate risk for women.

The latest effort in this direction was a symposium on 'nutrition in women' held in New Delhi Its main aim was to draw attention to the very pertinent observations of a 'Multi Centric Study on Nutrition in Women', conducted jointly by the Department of Science and Technology (DST) of Government of India and the Diabetes Foundation of India (DFI), and ably coordinated by All India Institute of Medical Sciences (AIIMS), Delhi . The symposium was followed by a consensus conference on 'Indian Diets for Prevention of Obesity and Related Disorders'.

It is high time we took a serious note of the health disorders in women arising due to age old dietary habits, coupled with changing life styles and static mindsets. It is indeed a congratulatory effort on the part of DST to conduct a country wide, 3 year long multi centric study (2005 – 2008) on nutrition related non communicable diseases in women over 35 years of age. The objective of the study was to prepare a health/nutrition profile for women by (i) identifying the problems related to non communicable diseases like diabetes, hypertension, obesity and high cholesterol, (ii) developing region specific and cost effective strategies for primary prevention and management of these diseases.

The study, the first of its kind, was conducted in 9 sites, which included rural as well as urban areas, and covered all the four regions of the country (north, south, east and west). 4621 willing, women respondents in the age group of 35 to 70 years were targetted for this study. Out of these, 2008 women were from urban areas and 2613 from the rural segment. Some startling revelations, (albeit expected) regarding women's health were made on the basis of the information gleaned and clinical tests conducted during the course of the study. It was found that

(i) The overall prevalence of obesity/overweight was 64% in urban women and 36% in rural women.

(ii) About 14.5% of the urban women suffered from diabetes, as compared to 14.5% of their rural sisters.

(iii) Hypertension was strikingly high, with about 50% of the urban women and 33% of the rural women suffering from it.

(v) Prevalence of anemia was as high as 80% in rural areas and somewhat better (25%) in urban regions.

Of course, there were a lot of regional variations/imbalances, with the women folk of Ballabhgarh (a rural site in Haryana) being overall healthier than others and the respondents from the urban site of Kochi coming at the bottom of the ladder.

More importantly, 96% of the urban women and 76% of the rural women were found to suffer from at least one cardiovascular risk factor.

One major contributory factor for this poor health scenario could be the sedentary life style of 48% of the urban and 44% of the rural womenfolk, coupled with a faulty and imbalanced diet.

Another important point brought out by this study was that tobacco consumption was very high at 41% amongst rural women and 21% in urban areas.

The message conveyed by the study is very clear. There is a heavy burden of Multi Risk Factors of metabolic syndrome leading to non communicable disorders amongst the middle aged and elderly women in the urban as well as rural areas. The high prevalence of obesity, hypertension, diabetes and high cholesterol levels in these women calls for sincere and cost effective interventions.

Till now, very little attention has been paid by the health agencies on prevention of these diseases in this segment of the Indian population. As it is, a woman's health has always been of little consequence in our society. She is traditionally supposed to be the last to have a meal in the family and the first to neglect her health in the zeal to keep others fit and fine. This gender disparity is more pronounced in women who are above 35 years of age. They are taken more for granted by the family (their reproductive functions being almost over by then) and also by themselves (as health and well being of their children is of greater priority to them). Coupled with this, are the immense physiological changes which they undergo during this period of life.

So it becomes imperative that women be specifically targeted with health education and be motivated to practice healthy dietary and life style habits.

According to experts, intake of Trans fatty acids, coming from hydrogenated fat, should be avoided almost completely. Mustard oil, taken along with safflower/sunflower/soybean oil, seems to be the safest amongst all other available cooking medium (though not one of the existing cooking oils is ideal). But Dr Anoop Misra, of Fortis Hospital , cautioned that one should not consume more than half kilogram of oil in a month.

There is also an urgent need for the food industry to label the contents of the nutrients in their packaged products, especially that for Trans Fatty Acids. Canada was the first country in the world to make this mandatory, followed by USA . India needs to do the same. Dr.Vinita Sharma, Advisor to DST, strongly advocated the revival of 'Indira Aahar Yojana', which was once initiated (and, perhaps, later abandoned) by late Dr. Sukhatme, in Pune. It entailed the marketing of simple and healthy lunch packs and snacks for the benefit of consumers. This need is strongly felt for all segments of society, wherein we have healthy food products available in the market to counteract the fast food syndrome. In fact, DST is trying to initiate the marketing of tasty and wholesome food products in attractive packaging to woo the overburdened working women of today, whose health problems are compounded by irregular and/or long working hours. In fact, some housewives can start a business venture by supplying 'wholesome tiffins' to working women at their work place.

The employers should also accept their social responsibility in providing balanced meals in the office canteens as also some affordable means of physical activity at the work place.

On this World Health Day, let all ye women resolve to start taking good care of their bodies (and souls) and do not leave either of them in the hands of the men folk. Let us carry forward the movement initiated by DST and DFI for meaningful prevention of non communicable disorders, by timely nutrition related interventions, which are based on region specific food items, targeted at both, balanced nutrition and improving the status of health of women of all strata of society and of all ages.

Shobha Shukla
The author writes extensively in English and Hindi media. She serves as Editor of Citizen News Service (CNS).

More Feature Article
ModernGhana Links
What Is Next For Ghanaian Muslim Communities Post 2021 Popolation Census?
NPP Should Remember The Painful Outcome Of The PFP/UNC Factions And Learn A Great Lesson From It
From a global branding perspective why do we not focus on Ghana's female soccer national teams instead of the Black Stars?
Why go to Church Regularly?
Kanu: A Psychological Explainer Of Buhari’s Public Comments And How They Could Sabotage The Court Process And Pose Disaster For Our Young Democracy
Should Ghana's traditional rulers start reforming their archaic-straitjacket institutional-frameworks?
Kamala Harris Made Accurate Comparisons on January 6
Novak Djokovic's deportation and exclusion from the 2022 Australian Open: Retire to make a case for no compulsory vaccination
DA'WA, Its Relevance And Some Qualities Of A 21st Century Da'ee
TOP STORIES