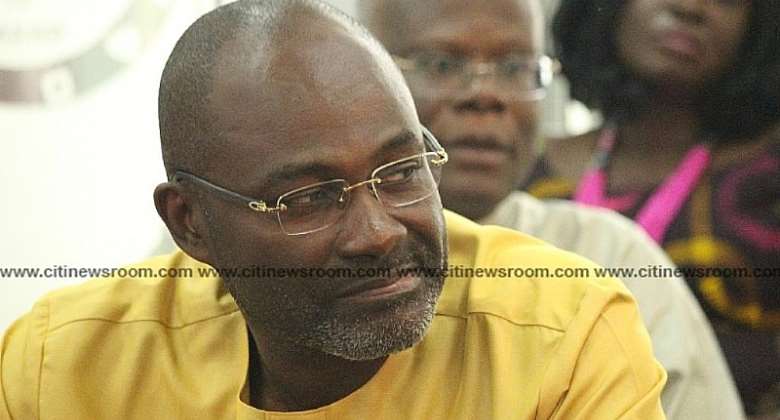 They are in a quite significant sense, the proverbial “Birds of Same Feathers.” So, it is all to be expected that has-been Hip-Life act Kwame Asare Obeng – aka Kwame A-Plus – would unreservedly and so early in the game endorse the clearly oversized candidacy of Mr. Kennedy Ohene Agyapong for the 2024 Presidential Election (See “2024 Polls: NDC Will Beat Any Other NPP Candidate Except Kennedy Agyapong – A-Plus” Ghanaweb.com 11/23/22). To be certain, Candidate Agyapong is the weakest link among all the half-dozen, or so, aspirants fervidly gunning to replace a lame-duck President Addo Dankwa Akufo-Addo.

You see, the fact of the matter is that in the flagbearership of the Assin-Central Member of Parliament, from Assin-Dompim, in the Central Region, the Okwawu-accented Mr. Kwame Asare Obeng has a vested interest in using the Oman Media Network Proprietor to comfortably secure the sort of juicy government contracts that both Messrs. Agyapong and Obeng virulently claimed to have been callously denied by the Chiefs-of-Staff of the Akufo-Addo Presidency, as well as some highly placed party insiders, as a result of which these two shameless loud- and foulmouthed rascals launched a vicious corruption-smear campaign against the then newly elected former Attorney-General and Minister of Justice in the government of former President John “Kofi Diawuo” Agyekum-Kufuor, which almost effectively upended the peace, tranquility, stability and the prosperity of the first Akufo-Addo Administration.

Yes, it was these same Two Musketeers and self-serving goons who concocted the myth of President Akufo-Addo’s palms requiring profuse “greasing” with the upfront liquid-cash sum of at least $100,000 (USD). In short, Messrs. Agyapong and Asare Obeng are not the kind of citizens that any serious politician or statesman would think of hiring or strategizing with in order to break the proverbial “Jinxy-8.” Already, these two pathologically cynical political scam-artists have generously and voluntarily supplied the electioneering-campaign strategists of the country’s main opposition National Democratic Congress (NDC) with enough munitions to defeat the ruling New Patriotic Party (NPP) more than 10 times over in any Presidential Election in which a highly unlikely Mr. Agyapong highly gets to be nominated to ingloriously represent the most progressive political and ideological establishment in the country.

Unless, of course, the mission of the NPP for the watershed 2024 Presidential Election is one of the massive collective suicide on an order or scale akin to the globally infamous Rev. Jones and the Georgetown, Guyana, Apocalypse of the late 1980s. At any rate, it goes without saying that the 2024 General Election will be fiercely fought squarely on the basis of the relative and respective track records of both of the country’s major political parties, namely, the main opposition National Democratic Congress and the ruling New Patriotic Party. Which, in short, means that it is incumbent on both Candidate Agyapong and his junior business associate and political sidekick to tell Ghanaians why these two upstarts think and believe that they have contributed far more immensely or massively, positively and constructively towards the success and reputation of the New Patriotic Party than has the widely presumed 2024 Presidential Nominee, to wit, Vice-President Mahamudu Bawumia, and any of the other half-dozen, or so, party presidential aspirants.

So far, neither A-Plus nor his chief patron and political principal has publicly let on to the general, global Ghanaian public precisely how they intend to manage Ghana’s badly ailing macroeconomy or what practical policy measures they intend to unfurl that could be aptly deemed to be a significant improvement on what the Akufo-Addo government has so far achieved or woefully failed to achieve, for that matter. You see, merely telling the Ghanaian citizenry that about the only surefire means by which to get Kwame A-Plus to return or reassume his membership of the New Patriotic Party, would be for party delegates to elect or nominate Kennedy Agyapong as flagbearer for the 2024 Presidential Election, could not be more blasphemous and intellectually insulting. We don’t need to waste any breath debating the impact of what the renunciation of Kwame A-Plus’ membership of the New Patriotic Party has had on the fortunes of the latter political establishment.

In the memorable words of Mr. Kwame Baffoe – aka Abronye DC – the nimble Chairman of the Bono Regional Branch of the New Patriotic Party, the NPP has been all the better and all the more prosperous for the scarcely felt and morally and politically auspicious absence of this has-been Hip-Life one-pony act. As well, absolutely nobody known to or familiar to yours truly has reported hearing Kwame A-Plus crooning rapturously or rhapsodically for the 2020 presidential-reelection bid of Nana Addo Dankwa Akufo-Addo, in the manner that the legendary and recently deceased Highlife King Nana Kwame Ampadu, I, was globally known to have done in the leadup to the epochal 2016 Presidential Election. Neither do any of us recall that treacherously going to bat for the Mahama camp did any remarkable good for Osagyefo Nana Kwame Gonja in the runup to the 2016 Presidential Election.

So, it is not clear to my kind and circle of avid students of Ghana’s Fourth Republican Political Culture, precisely why Mr. Kwame Asare Obeng finds it necessary or even the least bit relevant to be making such an insufferable nuisance of himself and the decidedly quixotic presidential ambitions of the Assin-Central NPP-MP, at precisely a moment when we could not care less whether A-Plus decided to burn up the Gulf of Guinea or, better yet, take a one-way hike to HELL!!!