Asamoah Gyan needs to be part of the Black Stars 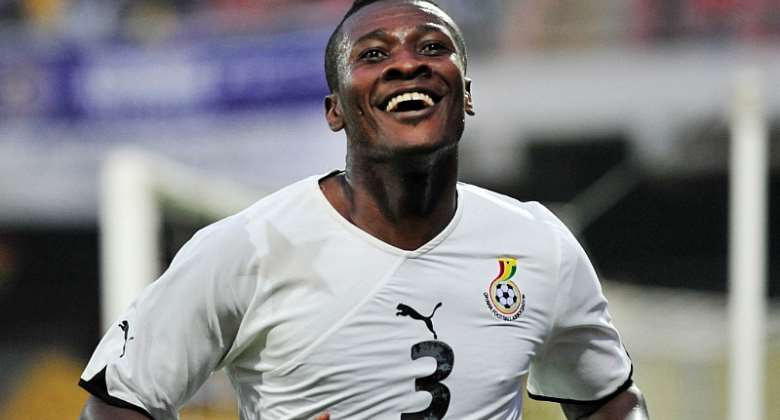 Before fitting into the description of the legendary Ghanaian goal poacher as one of the hypocrits who "criticise footballers but tell them they are right behind the scenes", let it be known that the critique in the article 'Asamoah Gyan's desire to join the Black Stars for Qatar betrays his soft penalty claim' and this very article which seeks to highlight his exploits and establish a good reason why the legendary Ghanaian striker ought to be part of the Black Stars, is an exception.

In the said article, the legend was critiqued on the basis of his tacit support in the conversation around the penalty awarded the Black Stars of Ghana against the South Africans and the same article was replete with accolades of his prolific goal scoring exploits and a benefit of the doubt extended to him to join the team, should he remain fit, before the World Cup begins.

The object of this article, which object is to advocate for his inclusion of the Black Stars is therefore imperative and cannot be deemed as an act that smacks hypocrisy, as it were. The good question one could be tempted to ask is how do we include an incative Gyan in the Black Stars?

The answer to the question above is that the inclusion of Gyan can be understood variously. In the first place, he does not need to be part of the playing body before he becomes useful to the team and by extension, the nation.

His understanding of the nexus that ought to exist between the offensive midfielders and the strikers as captured in his views shared on Kesben TV with Joe Laka is enough proof of the unique position he occupies as a true legend of the game whose expertise comes in handy and ought to be harnessed going into Qatar 2022.

Not only but also, his deepest appreciation of the game per his frustration in his tweet about our midfielders inabilty to feed Inaki with incisive passes immediately after our 3: 0 defeat to Brazil is enough testament of his experience and how it can be very useful to the team, should he be allowed to come very close to the team and not just sit on the infringes to share his views through tweets or on TV and radio punditry.

Assessment of Gyan's concerns about the lack of link in a shape of deadly incisive passes from the midfielders to the strikers which are lacking in our games would reveal a general trend which does not only affect Inaki but also affect Afena-Gyan as well.

Afena-Gyan has been largely impotent and incapacitated largely due to the same problem diagnosed by the legendary Gyan. He runs into spaces just like Inaki but no clear-cut passes so he runs and runs and runs until he is substituted.

Gyan got it right with is assessment of the team and he can even get it right more when he is drawn into the team for him to bring is professional experience to the table.

He too could have elected to remain mute just like some legends have done but his love for the game and, by extension, the nation has overrided the fear of attacks or insults and, thus, making him continue to share his insightful contribution for the betterment of the nation.

Election violence in Nigeria's south east is threatening to ...
36 minutes ago