Politics of unhealthy competition: Ghana's only enemy of development 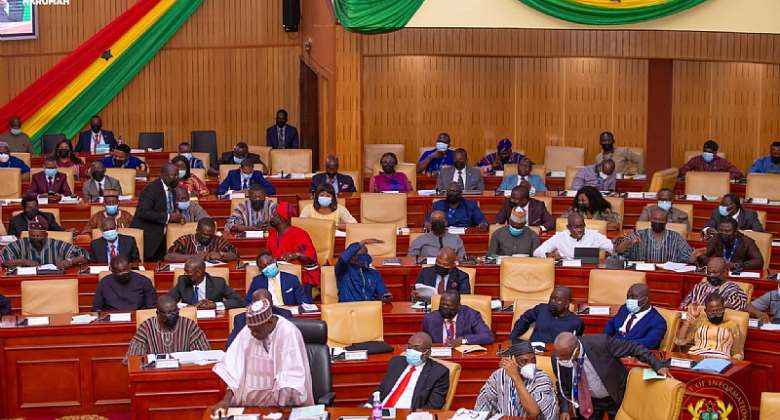 "It is clear that we must find an African solution to our problems, and that this can only be found in African unity. Divided we are weak; united, Africa could become one of the greatest forces for good in the world", thus according to Dr. Kwame Nkrumah.

President Akufo-Addo's address to the 77th Session of the United Nations General Assembly underscores Nkrumah's assertion when he states among others that " we recognise today, more than ever before, the importance of the strength in unity of Africa, and we are working to shed that image of a helpless hapless continent".

The imperatives of Nkrumah's quote above predicated on the principle of unity, inclusiveness and the understanding that, in our collectivity lies that all-important strength to overcome the problems of Africa squarely applies to how Ghana's development challenges should be confronted thus, Ghanaian solution to Ghanaian problems.

Ghanaian solution to Ghanaian problems is key in the sense that we ourselves create them, live them, feel them and are better placed to proffer best possible solutions concrete enough to surmount them, this solution to our problems must be all encompassing but not only limited to Ghanaians in government.

If we know and acknowledge the above, since Nkrumah's era, as the best possible way to addressing our development problems, why then have we failed to come together to do so?

The diagnosis points to many factors including governments that invite opposition members to become a part of the solution only to claim all the glory or credit after some success is chalked.

Also, our governments in power have mostly ignored suggestions and recommendations of opposition members and opposing groups in general and only decide to solicit the views of same only when their polices hit a rock, out of intransigence, many times.

Mostly, the views of opponents are seen by our governments as tool of obstruction and would not listen.

Another factor which is probably the most preponderant of all is the unhealthy competition from the camp of the opposition parties. Members of the opposition feel if they should get involved in the solution, when and how would they also win power to form their government in order to implement their polices?

In effect, members of the opposition hold back their all-important proposals which proffer solution, see almost practically everything wrong with every government policy by engaging in wanton destructive criticism with the intention to obstruct and distort the vision and focus of the government in power since independence.

Knowing the importance of unity as a key ingredient to solving our development challenges, would our governments and opposition parties continue to swim in the pool of petty divisive politicking that only serve to cause more development problems or unite to fling away that "image of a helpless, hapless" country we find ourselves today.