The Deceitfulness of Trickle-Down Economics 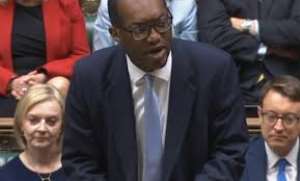 The touted concept of trickle-down economics, favoured in unbridled capitalism by diehard money grabbing conservatives, does not work and has not worked successfully anywhere in the world, for at least the average taxpayer, despite its tax cuts soundbite appeal.

It is a clever way by the unbridled capitalists to give away massive tax cuts to those who do not need them while leaving those who really need them short-changed. It is a fantasy and an ultimate gimmick of giving taxpayers’ money to the wealthy, the rich conglomerates, and their big corporate allies at the expense of the poor. It is not so much a policy to grow the economy let alone provide and improve services for people but a clever ploy to deceive people by spending on the super-rich while the very people who need the tax cuts are left behind and abandoned to fend for themselves with pittance.

The whole concept of trickle-down economics is the idea that giving massive tax cuts to the rich companies and the wealthy incentivizes them to use these extra monies for investment and expansion thereby creating new jobs, boosting the earning of their employees, and thus growing the economy. Hence, the expected economic growth alone will pay for the massive tax cuts given to these super rich. However, most often than not, the wealthy and the rich companies do not invest these windfall tax breaks, neither do they use them to expand nor boost the wages of their employees. Most often, these super rich tend, ironically, to either save this windfall tax breaks for themselves to burgeon their bank balances, use them to purchase stocks/shares back to boost their stocks/shares portfolio, use them to boost the bonuses of their top-earned employees and/or pay high dividends to their shareholders, clearly in defiance of and opposite to the stated aims of this trickle-down economics concept.

To be clear, there is nothing wrong with the wealthy and the rich companies using their own hard-earned profits to engage in these above practices so far as these extra monies are not windfall tax breaks from a potential tax revenues that could have accrued for the state and could have been used for government development programmes that tend to benefit everyone especially the poor.

Proponents and advocates of trickle-down economic policies tend to cloak and sell them as general supply-side economic policies, but nothing could be further from the truth. Whereas general supply-side economic theory favours lowering taxes overall for everyone, particularly the working-class and middle-class folks, trickle-down economic theory more specifically advocates for a lower tax burden on the very wealthy, the upper end of the economic spectrum. Indeed, this is pure greed, not only does this economic doctrine increase inequality in society but it does also perpetuate it.

The recent market turmoil coupled with the precipitous fall of the British Pound Sterling against the US dollar as a result of the trickle-down economic policies announced in the mini-budget by the new UK conservative government, led by Prime Minister Liz Truss, is a clear testimony and demonstration of the foolhardiness of this unbridled capitalist theory. The infamous mini-budget, which is being championed by the new UK Chancellor of the Exchequer, Kwasi Kwarteng, a British-born of Ghanaian descent and incidentally the first Black British to hold such position, has spooked the market, causing the free fall of the Pound Sterling with its attendance fiscal challenges. The market does not even like this blatant trickle-down economics and deservingly showing its displeasure at this wanton fiscal irresponsibility at a time of global economic challenges and inflationary pressures. This demonstrates that massive tax cuts are not a panacea for economic growth. This is an unfortunate self-inflicting economic crisis by the new government.

Meanwhile, there is enough evidence to show that raising taxes on high-income earners, the top upper end of the economic spectrum to pay for vital investments in education, research, healthcare, infrastructure, and judicious welfare system does not harm economies at all as it is a solution where everyone benefits. Clever spending in these areas has proven to be a perfect stimulus for economic growth and well-being since it pays for itself and at the same time gives tax cuts to those who need them most i.e., the working-class and middle-class hardworking people - a win-win situation for all.

Simply put, trickle-down economics is an unbridled capitalism that seeks to make the rich richer and the poor poorer by taking vital resources from the poor and giving them to the rich, depriving the government enough tax revenues/receipts for development and social welfare programmes whiles leaving the citizenry to the mercies, benevolence, whims and caprices of the wealthy, and the rich corporations.

It is an economic agenda that prioritizes the wealthy and powerful over the average people (the working class and middle class) and that is deceitful, to say the least.