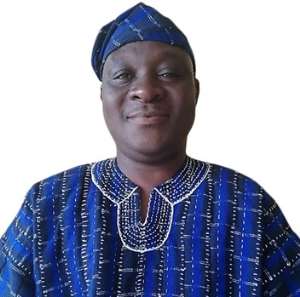 The chief purpose of tertiary or university education is to train responsible and peace-loving adults who must use their brains to transform society but not to become boisterous and cantankerous people who disturb the peace, destroy properties and retrogress societal progress and direction. Perhaps this was why Kofi Annan asserted, “education is, quite simply, peace-building by another name... “

Accordingly, it is for no reason that most programmes offered by universities are called disciplines. The courses have been designed to instill discipline in the individual learner to exhibit a controlled behaviour that does not deviate so much from human behaviour.

Campus Fights
It is rather unfortunate that even though they are in school to study, tertiary students of UG and KNUST engage in nonsensical fights that yield no positive results. There has been this age-long fight between students of Mensah Sarbah Hall (Vikings) and students of Commonwealth Hall (Vandals), both of University of Ghana and some of those fights led to deaths in the past yet the fight still exists because it has been handed over from batch to batch over the years. On Kwame Nkrumah University of Science and Technology (KNUST) campus, a similar fight exists over the years, between students of the Unity Hall (Conti) and their colleagues of the University Hall (Katanga).

In the 21st century when their colleagues in advanced countries are into a mind fight as to how to contribute meaningfully to responsive innovations, the Ghanaian student is so attached to his hall of residence and throwing fist cuts to defend his membership of that hall. It is thus not surprising that our members of Parliament throw blows instead of performing parliamentary duties required of them. Most of them if not all might have trained from KNUST and UG and they were residents of these halls, so they were exposed on this primitive way of life from their student days. If MPs who are lawmakers engage in unlawful acts such as physical fights on the floor Parliament periodically, why won’t tertiary students also do same.

Disturbing Situation
It is worrisome that in the same month (August) this year (2022) there have been clashes on the UG and KNUST campuses between the halls aforementioned leading to injuries and destruction or damage of properties. In the case of the recent clashes on UG campus for example, Ghanaweb reported that some cars had been burnt while the bust of John Mensah Sarbah destroyed.

It is shameful and primitive on the part of these students or residents of the feuding halls on the UG and KNUST campuses that instead of engaging in collaborative activities that lead to knowledge generation that impacts positively on lives in and outside the university communities, they choose to engage in physical fights that disturb the peace and cause harm.

Such untoward acts constitute a significant pointer to the reality that these feuding students are only going through the universities but the universities and the courses being offered do not have impact on them to remain equanimous even under intense pressure or in the face of provocations.

Ironically, some of these students have been school mates and classmates from basic and secondary schools, they go to the same church, mosque or shrine, they support the same football clubs, and some are of the same tribes yet they defy all unifying factors and engage in senseless fights that have calamitous ramifications.

I have no iota of doubts that some of these clashes are attributable to trivial germane factors but because some of these students are apparently under the influence of alcohol, drugs and occultism, they act without any sovereignty of reasoning.

Supportive Alumni
It is unfortunate, laughable and a sign of immaturity that even some of the alumni of these four halls of residence (Commonwealth Hall, Mensah Sarbah Hall, Unity Hall and University Hall) of the two universities (UG and KNUST) tend to encourage the feuds by supporting the continuing students in diverse ways. Some of these halls had produced very eminent people in Ghana and beyond, yet their respected individuals fail to intervene to call a permanent truce by signing a memorandum of understanding and by supporting the university managements to deal drastically with such offending students.

Rather, some of these alumni quickly criticize university management interventions to restore peace on the campuses anytime such nonsensical fights ensued. Alumni who are seasoned experts and responsible adults should have known better that such needless hostilities are inimical to serious and result-oriented academic work and research on campus.

Even as I condemn the student fights unhesitatingly, I call on all alumni of these four feuding halls to demonstrate maturity, sovereignty of reasoning, their love for peace and their condemnation of such barbaric acts by speaking openly against it and supporting the university managements to find a lasting panacea to the perennial campus fights.

Proverbially, Nigerians say, a reasonable adult who must know that labour pain is excruciating should not look unconcerned and leave a pregnant goat in labour to give birth to its young one while the pregnant goat is tittered to a tree or a stationary object. Reasonable adults must speak and encourage peace especially in the face of hostilities.

Some of these halls of residence produced Presidents, Ministers of State, Vice Chancellors, Clergy, Entrepreneurs, and seasoned and astute diplomats yet they refuse to bring such expertise to bear on this unfortunate situation which has lasted for years. Some of these people even support the feuds. It is shameful.

Perhaps the alumni who to an extent must be blamed for these incessant campus fights must take a cue from the Kofi Annan assertion that “We are not only all responsible for each other’s security. We are also, in some measure, responsible for each other’s welfare…. without a measure of solidarity no society can be truly stable, and no one’s prosperity is truly secure.”

Waste of Resources
Yesternight for example, I was on the University of Ghana campus to visit my nephew and I saw many police officers on campus and at the time I was leaving campus at about 8pm, more bus-full of police officers were being transported to campus perhaps for patrol duties due to the recent Vikings-Vandals fight. I can infer that a similar security arrangement is currently available on the KNUST campus.

Prior to this unfortunate and preventable student clashes, police officers were not that many on campus. I guess they were re-deployed from other duty posts to campus. To me, this is waste of resources occasioned by needless physical fights by people who are being educated at the highest level to become leaders in society. They place exchange of blows above intellectual debates and negotiations necessary to resolving conflicts. These two universities are the foremost public universities in Ghana and each has a law school (UG) and a law faculty (KNUST) yet their students often engage in hooliganism and barbaric acts that discourage academic life.

Criminal Acts
To my mind, criminal acts must attract the appropriate sanctions from the country’s penal system administered by the security services and the law courts. Perhaps university authorities should review the fundamental laws or university statutes to put in place heavy punishments for students who engage in such abhorrent acts. As such, any criminal offences emanating from such nonsensical campus fights must addressed with the prosecutorial procedures in tandem with law so that the perpetrators are brought to book to deter future occurrence.

Tertiary students should rather reason and help to find solutions for certain problems on campus if not for the larger societal problems. It was commendable to learn this year for example, that a certain UG student developed an App that facilitated the purchase of items online from the UG night market and the delivery of purchased items to buyers in the respective halls of residence to reduce waiting time at the night market. Such innovations must be supported by the alumni and students rather than engaging in and supporting hostilities or criminal acts on our campuses.

Conclusion
I dare say that all stakeholders in our public and other universities must contribute significantly to peace and tranquility on our campuses especially in the notorious halls of residence. To residents of such halls, animalistic behaviour such as physical fights and destruction of properties become a chosen course of action over intellectual negotiations and solutions for conflicts. As a nation, we must preach and practice peace. I encourage the police officers deployed to campus to be fair and firm in dealing with the situation without them taking sides or bribes to let the situation escalate. At the same time, university authorities should not renege on taking drastic and reasonable actions necessary to break truce and curb the situation.

2023 budget: Expenditure cuts are just a recycle of broken p...
11 minutes ago