The pains from IMF conditionalities aren’t just theirs; it’s for the ordinary Ghanaian 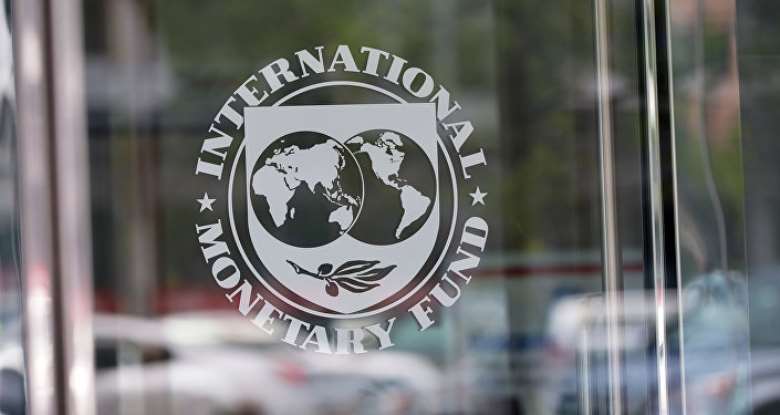 It saddens me to say that the Ghanaian populace had been hungry under the veiled choruses of a continuous supposed COVID-19 and Russia-Ukraine induced pain as painted by the government. What Ghanaians are demanding is not only good governance but a chance to escape poverty; which President Akufo Addo vociferously promised without number. I must say, again that Nana Addo delivered very captivating speeches both in our opposition and government but couldn't materialise it to actually show greater difference between current and previous regimes. I believed in him and about his vision to transform Ghana but he let me down to allow institutional mismanagement to defeat him. He vociferously blamed JM for seeking IMF support and I just don't know who he is to blame now for seeking the same IMF bailout. Certainly, 50kg of iron rods can never be heavier than 50kg of the same iron rods. I have never believed in a leader so highly like I had for Nana Addo to lead the nation towards prosperity and good governance.

As citizens in a political economy, we need to always know that austerity would definitely be politically suicidal, the gaps are plugged by borrowing, leading to either debt forgiveness or programmes imposed by the imperialist World Bank and IMF. Sometimes, the former depends on condition of the latter. The West is mercurial, you know, due to all the changes of leadership. The West has done everything possible to keep African governments under good economic governance with their economic surveillance and timely warnings on the paths governments’ undertaker: programmes and expenditure and how it fares in the long-run. So for one to blame the IMF for issuing draconian measures to mismanaged economies is about blaming your wife for getting pregnant after you have slept with her without protective gear.

But, the unimpeachable fact remains that Ghana's economy has been unreasonably mismanaged to the extent that all home-grown policies seem not to be working to salvage the mess. Policy think-tanks like Imani have been hammering on the wrong trajectory of the government relative to how it is handling the economy; the IMF itself warned us as we walk into dangerous waters. However, we seem to know everything and as usual of a political party in government, see everything as an opposition to it rather than a wakeup call. The president, Nana Akufo Addo in some of his speeches lampoons those who raise alarm bells of where we are heading towards. The president could not find a better word but to describe whoever is ringing an alarm bell as 'Professional Jeremiahs'. Here we are today, announcing our forward match to the IMF with the sudden change of tone, writing official communiques as if we have run out of ink. The usual five-page memoir is now struggling to get a full page at length. Oh Allah! I'm reeling in pain.

On October 12, 2014, Nana Addo Dankwa Akufo, then presidential candidate of our party made a convincing statement which was true then and it is still true today. He said: “God did not put us on this rich land for us to be poor. It is bad leadership that is making us to be poor. Corruption is what has brought us this far. The mantra from this government, when the need arises for developmental work, is 'There is no money'. They have squandered all the money whilst the masses suffer. We (NPP) want to reverse this. Help me, support me to ensure we change Ghana and realise the potential for which our forefathers, who fought for our freedom, envisioned for us." The above statement is a powerful one without doubt. All things being equal, the same corruption that took a toll on the masses has even increased beyond where we were hoping to be salvaged. It is now at unbearable levels with deeper excruciating undertones that leaves the masses in debts.

On the same lines, that in March 24, 2015, the then vice presidential candidate to Nana Addo Dankwa Akufo Addo, Dr. Mahamudu Bawumia remarked in one of his powerful lectures christened: IMF Bailout, Will the Anchor Hold? “…. Mr. \chairman, the IMF bailout was totally avoidable if the government had listened to sound advice from many quarters much earlier. But government refused to listen. They believed in their own propaganda and said ‘Yentie Obiaa’ (We won’t listen). When government was cautioned about the scale of borrowing, the government responded that they would borrow more. Now that their propaganda has been exposed by economic reality, they are now forced to listen to the IMF. We have moved from “Yentie Obiaa to ”Yebetie IMF Nkoa” (We will listen to the IMF). These statements were ammunitions fired by the vice candidate when he was in opposition. Can we say same for today? Is the government listening to concerned policy think-tanks on the ballooning debt levels raised? As the saying goes, what is good for the goose is equally good for the gander.

What did the African himself do after independence? It is sad to say it but that's the gospel truth. We are masters of re-writing constitutions that give almost absolute power to a leader. Political leaders always want to have their way of doing things without questioning. Presidents, especially those of Africa and Ghana to be specific always want to run the country as if it is their family start-up business which goes on trial and error. African presidents don't want to live in a system that constrains and puts them in checks and balances; they never want to govern under a system that they cannot impose their will on. If the system poses difficulty, they will definitely create a way. That's how Ghana finds itself now. The president is definite on building a national cathedral which he describes as his personal pledge; not a national one of course. He does that without recourse to procurement laws because he wields autonomy with blended ‘autocratic power’ to dip his hands in the coffers of the state. He does that to the celebration of a section of party fanatics who always sing to the choruses.

It is a bitter pill but the truth must always lead us to the Promised Land. I must say that Ghana borrowed so much because its Transfer Payments and government expenditures consistently exceed tax revenues, and the economy of Ghana is grossly inefficient, so there is not enough tax base to tax. Ghana’s fiscal policy isn’t sustainable.

It is evident that in the short-term, Ghana's economy will suffer the most. That’s because the IMF’s terms will call for cutting back government expenditures. The IMF is looking for longer-term growth, not short-term growth. And, that’s the right approach. Short-term policies have landed Ghana's economy in a tight spot. Ghana is a veteran of IMF loans - having taken loans since 1983. That’s because Ghana has looked to the short term, not the long term, in spite of the conditions of previous IMF loans. It’s time for Ghana to look at the long-term and learn from our mistakes because we arrogantly seem not to learn.

Going for IMF support is completely different from securing Chinese loans. With an IMF loan, you're monitored with conditionalities till you pay back the loan whilst getting your economy on a sound footing. You're not allowed to use the money the way you assume will benefit your cronies. You're guided! Simply put, you're under economic surveillance. Any loan extended to Ghana by the IMF has many strings attached to it as the IMF is not a charity organization. It asks the loanee to take austerity measures. Some of these measures may be harsh and unpopular but if the recipient country follows it well, they can lead to development in the long run.

The country had been mismanaged. The debt levels are sky high. Infrastructure development is still lagging. And industrialization had failed, given that it was never a priority in this resource-rich country, and the governance structure had no discipline to pursue long-term strategies for economic development.

Six years in government, the government is still blaming the opposition NDC for their own record failures. What has gone into our leaders! Are we children of a lesser god!?

GES must constitute a new team to handle computerised school...
22 minutes ago