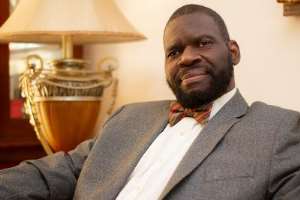 Some days ago, media reports about the Nigeria Security and Civil Defence Corps (NSCDC), especially regarding the leadership and officers of the Gombe State Command, who used a peculiar modus operandi at a dancing facility in Gombe State, particularly on issues of arrests, search warrants, and the parade of suspects.

The Nigerian media reported that the Gombe State Command of the Nigeria Security and Civil Defence Corps (NSCDC) arrested and paraded 20 girls and 14 boys, including minors, over alleged illicit dancing in a dancing facility. Was there a search warrant order that was issued by a magistrate or judge to the Gombe State NSCDC regarding a dancing facility? for the purpose of conducting a search on a person or place connected to an entertainment dance environment known as the "Gidan lokachi’ or ‘Gidan gala in Gombe State.

Astonishingly and admittedly, the Gombe State NSCDC Commandant, Waziri Goni, informed the media that the unarmed dancers, now "suspects" posed a "serious security threat", adding that the command had so far closed 10 dance houses across the state.

Goni, stated that 10 dance houses or entertainment joints were closed not only due to illicit dancing because they serve as an avenue for young girls to practice prostitution, but he was also concerned about the people who came from neighboring states.

Goni further stated that, “They call the place Gidan gala but actually at the end of the day, they have their boyfriends, they will go with them. 95 per cent of them are teenagers around 17 years, hardly will you find 20 to 22 years old, and the place has been existing over a long time. For the owners, they registered the place for trading and merchandise and now they operate as hotel and playground.”

Goni reportedly informed the media that some of the suspects came from neighboring states and that some of them were married for about one week before jettisoning their marital vows to come into Gombe State. Goni then linked these types of engagements and playgrounds to possible inroads into violent crimes.

According to the media, Danladi Mohammed, the manager of the avenue for the entertainment dance facility, that is the ‘Gidan lokachi’ or ‘Gidan gala denied any wrongdoing, adding that participants were duly screened before being allowed in. Mohammed said, "They come themselves. If they are not married, they will be allowed to perform; we don’t accept minors."

As the images of the people arrested show, right before the media, Goni illegally paraded them as part of his own way of the administration of public morality.

Per Goni’s acts, a section of a secular agency like NSCDC, is apparently functioning like the Northern-based Hisbah corps, also labelled as Islamic religious police, known for engaging in arbitrary arrest and illegal detention of people they see as engaged in immoral acts such as ‘illicit dancing’.

While Hisbah agents in a problematic manner say they are operating as part of Sharia law and promoting Islamic beliefs and virtues, in some Sharia states, NSCDC, whether in Gombe or anywhere else, constitutionally operates as a secular law enforcement body and functions under the Nigerian constitution that allows for various rights.

The leadership of NSCDC needs to educate its States and regional heads that storming and arresting people in a private facility for "illicit dancing" apparently without a court search warrant, is illegal under the Constitution, especially when Danladi Mohammed, manager, of the private entertainment dance center, has disputed Goni’s assertions to the media.

If, according to Mohammed, the participants are inside of the dancing place in their capacity as married couples and they "don’t accept minors," Goni, needs to prove through the courts that the avenue is for practicing prostitutes with some minors involved.

If Goni was directly or indirectly applying the Sharia laws or critical Islamic codes as an officer of a non-Sharia institution, the NSCDC, he was violating the human rights of Nigerian citizens.

Invasion of people’s privacy, as in the case of Mohammed’s facility by the Goni’s NSCDC command, is a violation of the fundamental rights of the affected person. If Goni, claims some of them are minors which the business owner denies, then why publicly parade them?

NSCDC could be violating section 36(5) of the Nigerian constitution, which provides that a suspect is presumed to be innocent until proven guilty. Does the NSCDC want to be slammed with law suits by paraded suspects who now know their rights, thanks to the social media.

The Gombe NSCDC command, its entire leadership, and officers must be told that NSCDC is not a religious public safety organization. Even if Goni is being proactive in trying to reduce potential social and criminal havoc in a facility that reportedly includes minors, parading them in public is a grave child rights violation.

The Gombe NSCDC command needs to be educated that Nigeria, no matter its lingering challenges, is still a secular, open, and pluralistic society where constitutional, legislative, and government law enforcement and security institutions like NSCDC do not act as morality law enforcement outfits. The NSCDC in its entirety must not allow itself to be globally and locally branded as illegal, insensitive, and unconstitutional, especially at a time when there are all sorts of crises in the country.

The NSCDC membership across the nation should continue to work towards being held to a high ethical standard, and the ongoing NSCDC psychological assessment and education serve as ways to screen out candidates who might be unfit and raise existing officers’ overall standards.

John Egbeazien Oshodi was born in Uromi, Edo State in Nigeria and is an American-based Police/Prison Scientist and Forensic/Clinical/Legal Psychologist.