British Refugee Deal With Rwanda, A "Shameful And Cruel" Deal 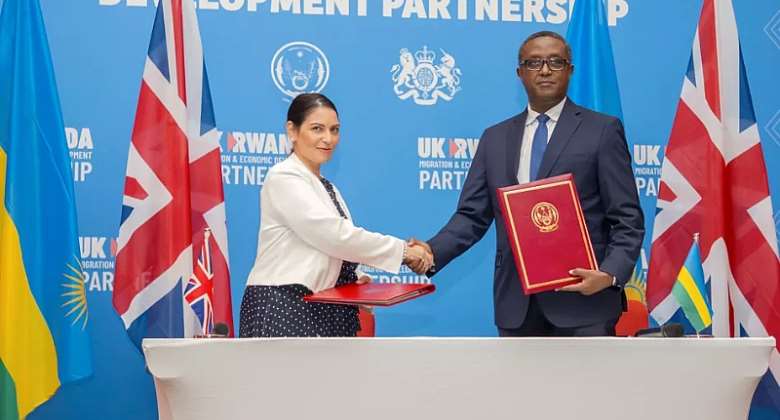 The government in London wants to ship asylum seekers coming on boats across the English Channel to Britain, directly to Rwanda in Central Africa in the future. An absurd deal at its highest price.

"Hope" is the name of the hostel in Rwanda's capital Kigali, where the refugees are to be accommodated. The cynicism, whether intentional or not, is remarkable. On Thursday, the assembled international media is presented with the planned accommodation for the refugees from Great Britain. Freshly made beds, usually two per room, toilet, and shower in the corridor.

This new deal was presented before Easter by British Home Secretary Priti Patel and the Rwandan Foreign Minister Vincent Biruta. Mainly young men traveling alone are to be consistently shipped to Africa instead of ever getting a chance for asylum in the UK. The British government has celebrated the deal widely on the short message service Twitter, including a video of Prime Minister Boris Johnson visiting a border guard unit.

The government does not even try to disguise the purpose of the deal. "We hope this will be a strong deterrent," the prime minister says in the video in front of helicopters, as if the country is at war. At a press conference in Kigali, the Minister of the Interior, Priti Patel, speaks a hundred times of "evil smugglers" who must be stopped. The current system is broken and a new one is needed. The deal between Rwanda and Great Britain is a "world premiere".

The two governments have been negotiating the agreement for months. Even die-hard diplomats on the ground could hardly imagine that the audacious idea could actually become reality in the end. They have been taught better. Within a few weeks, the first affected people will be sent there.