How Ethical Is Child Exploitation 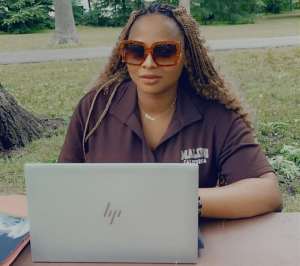 Children are those under the age of eighteen and as such are not seen as adults to be indulged in any form of adventure whatsoever. Lots of trauma and psychiatric malfunctions are seen and found among youngsters who go through any form of abuse.

Abuses such as verbal, mental, physical, sexual and other form, even when overcome, leaves traces and that keep haunting these youngsters even when they get to adulthood.

Child trafficking is also a form of child abuse. It is the exploitation of children for economic or sexual purposes, and includes the recruitment, transportation, transfer, harboring, or receipt of a child for exploitation.

Children may be sold, illegally adopted, forced into early marriage, recruited into the armed forces, pushed into prostitution, or trafficked to work in mines, factories, or homes.

In such environments they are exposed to extreme forms of abuse and are denied access to basic services and the meeting of their fundamental human rights. Trafficked children often lack basic legal status and support networks, making their condition virtually invisible.

Children without parental care, living in poverty, and those in high-risk environments such as war affected regions, are all highly vulnerable to trafficking.

Conflict and post conflict environments pose the greatest risk to children since the breakdown in family and social systems, the increase in poverty, and large numbers of troops present, are all factors which make sexual and economic exploitation of children more common.

The action or fact of treating someone unfairly in order to benefit from their work or selfishly taking advantage of someone or a group of people in order to profit from them or otherwise benefit oneself is exploitation.

Many scientists in their quest for inventions have experimented on so many children even their own. Some of these children after these experiments do not return to normal and at worst commits suicide.

Worst scenario is the Brenda and Bruce experiment. This is where a doctor in trying to prove that nurture is what proves the sexuality of a person and not nature, turned a twin boy into a girl.

Brenda during circumcision, mistakenly had his organs burnt and in order for this said doctor to go on with his experiment, advised the parents to raise him as a girl for its nurture and not nature that determines the difference.

But Brenda wont barge; he won’t allow dresses or skirts around him as he always wanted to dress as Bruce. In his adult age, he went for a surgery to have his organs replaced, got married and committed suicide at the age of thirty-eight.

But the motion with which people can gather the momentum to pick innocent children and turn them into monsters like themselves, rape, sell among other despicable acts baffles the mind. Of what gain, or to what extent can you go with that?

Seeing that lad traumatized, marginalized, scared, mentally disabled, gives you satisfaction? Then hell has a better place for you to make it satisfied too. Child maltreatment is a global problem.

Child punishment, both physical and emotional, is a persistent phenomenon and major child rights issue. Child abuse is any emotional, physical, or sexual mistreatment of a child that is perpetrated by an adult in a role of responsibility.

Emotional abuse refers to a relationship between a child and a caregiver, which is a consistent pattern of harmful interactions with a child, other than physical or sexual abuse.

Whiles some children prove to be very stubborn at the elementary stages, teachers out of frustration mete out some serious punishments on them. At times, it may not be any fault of the children.

Wrong happenings with spouses at home or brokenness in emotions tend to make children suffer at the hands of their facilitators. A survey data set was used to explore four hundred and fifty primary school children’s experiences of emotional abuse and responses to abuse within the school system.

Teachers threatened about a quarter of twenty-five percent of the participants in their current school year. It also revealed that poverty was a consistent factor for children receiving emotional punishment in schools.

Every year, thousands of children in the United Kingdom are exploited. Some have been groomed into county lines drug trafficking, others face sexual abuse in their own communities. No matter the form of child exploitation, the language we use to talk about young people can often decide if they are kept safe or put more at risk.

The COVID-19 pandemic has pushed many families into difficulties. And it has increased the risk of children being lured or forced into different types of work that are hazardous for their health, wellbeing and development.

The recruitment, transportation, transfer, harboring or receipt of children for the purpose of exploitation is child trafficking. A child is a victim of sex trafficking, for example, when he or she is induced to engage in prostitution or the making of pornography for the benefit of a third party, without regard to the use of force, fraud or coercion by that third party.

Exploitation can be defined as the act of involving a child for economic or other reasons in criminal activities. Exploitation may take place at the hands of parents, neighbors, schoolmates, cults, employers, etc.

The exploitation for fraudulent purposes also involves coercing or otherwise compelling a child to engage in activities that aid or abet the commission of fraud or of another crime. Examples could include forced begging, a pickpocket using a child as a distraction, a thief or burglar using a child as a lookout, etc.

The world of Safeguarding is ever changing; it is becoming increasingly complex and child exploitation should not be seen in isolation as it often overlaps with peer-on-peer violence and abuse.

The exploitation of children and young people have been identified throughout the world, in both rural and urban areas. It affects all children from all backgrounds and it can have a serious impact on every aspect of the lives of children involved and on their families.

Due to its nature, child exploitation is a crime that has no borders. Cross border agency cooperation is therefore crucial. There is the need to reflect changes to traditional child safeguarding practice and the increasing knowledge and understanding relating to extra familiar risks to children and young people.

When there is concern relating to child exploitation, the guidance for agencies and partnerships is to consider risks outside the home sometimes called contextual safeguarding to safeguard children and young people effectively.

Governments, the police, border controls, teachers, and all organizations responsible for protection must work together to prevent trafficking, identify those children at risk, advocate for their safety, and prosecute those responsible.

This includes awareness raising for communities, institutions, and personnel working with vulnerable groups, such as armed forces, peacekeepers, and humanitarian workers.

We called for legislation to recognize that children who are sexually abused and exploited need protection not prosecution. These children were coerced, manipulated and groomed into exploitative situations.

The perpetrators of child exploitation are often well organized and may use sophisticated tactics. They are known to target children and young people in online or offline places and spaces where children and young people come together with little or no adult supervision, such as music video channels, chat rooms, parks, street ‘corners’ house parties, shopping centers or takeaway restaurants.

This often results in the child or young person having an increasing level of dependence on the person or persons exploiting them as the exploitative relationship develops. Coercion and violence go hand in hand with child exploitation.

Technology can play a part in child exploitation, for example, through its use to record and share incriminating activity and abuse, or as a medium to groom children and young people, and by utilizing apps such as those that allow geo tracking, or online banking apps used for money laundering, or those which provide access to temporary accommodation.

Wisdom and knowledge don’t come to people out of anywhere, they appear after many attempts and mistakes. Thanks to scientists who were not scared of experiments, mistakes, risks, and failures, our world got the light bulb, an X-ray, the first vaccine, and DNA decoding.

But learning human nature is quite a delicate task and experiments involving the participation of children have always caused many controversies. A small mistake can lead to awful consequences for the life of a child.

Let's go on our knees and pray for Akufo-Addo for God's inte...
22 minutes ago

NDC race: I will retain my seat and help bring Mahama back t...
32 minutes ago