WHO confirms 80 cases of monkeypox with outbreaks in 11 countries 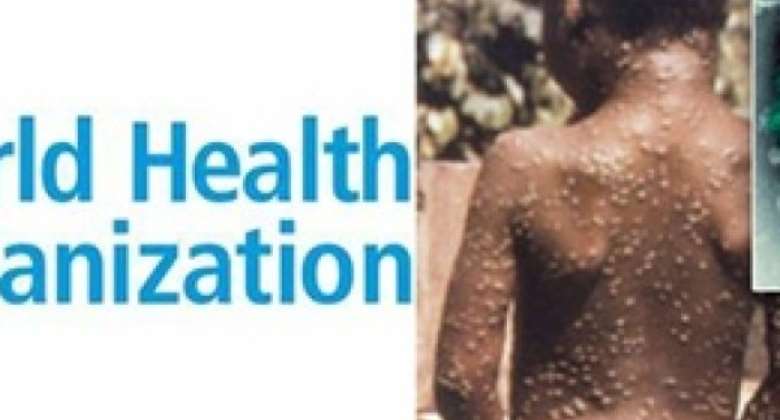 World Health Organisation (WHO) says the recent monkeypox outbreaks are unusual because they are occurring in countries where the virus is not endemic.

It said, more cases were likely to be reported in the coming days as surveillance expands, in the Global Health Agency, said.

Monkeypox is spread through close contact. It usually begins with flu-like symptoms and then progresses to body rashes.

It could result in death for one in 10 people who contract the disease based on observations in Africa, according to the Center for Disease Control (CDC).

The World Health Organization confirmed about 80 cases of monkeypox with recent outbreaks reported in 11 countries, according to a statement from the Global Health Agency.

"WHO is working with the affected countries and others to expand disease surveillance to find and support people who may be affected, and to provide guidance on how to manage the disease," the Agency said.

European nations have confirmed dozens of cases in the largest outbreak of monkeypox ever on the continent, according to the German military.

The U.S. had confirmed at least one case, and Canada, two cases.

Monkeypox is usually found in Central and West African rainforests where animals that carry the virus live, according to the WHO.

Monkeypox is a disease caused by a virus in the same family as smallpox but is not as severe, according to the Centers for Disease Control and Prevention.

However, monkeypox can result in death in as many as one in 10 people who contract the disease based on observations in Africa, according to the CDC.

The smallpox vaccine is 85 per cent effective at preventing monkeypox based on observational studies in Africa, according to the WHO and the CDC.

It is spread through close contact with people, animals or material infected with the virus. It enters the body through broken skin, the respiratory tract, the eyes, nose and mouth. Though human-to-human transmission is believed to occur through respiratory droplets as well, that method requires prolonged face-to-face contact because the droplets cannot travel more than a few feet, according to the CDC.

Monkeypox usually begins with symptoms similar to the flu including fever, headache, muscle aches, chills, exhaustion and swollen lymph nodes, according to the CDC.

Within one to three days of the onset of fever, patients develop a rash that begins on the face and spreads to other body parts. The illness usually lasts for about two to four weeks.

"As monkeypox spreads through close contact, the response should focus on the people affected and their close contacts," the WHO said.

Health-care workers, household members and sexual partners of people who have the virus are at greater risk of disease.

The CDC confirmed a monkeypox case in Massachusetts on Wednesday. The person had recently travelled to Canada using private transportation. New York City is investigating a possible monkeypox case, according to a health department statement on Thursday.

The U.S. had a monkeypox outbreak in 2003, the first outside Africa, which was caused by human contact with infected prairie dogs kept as pets. That outbreak resulted in more than 70 reported cases.